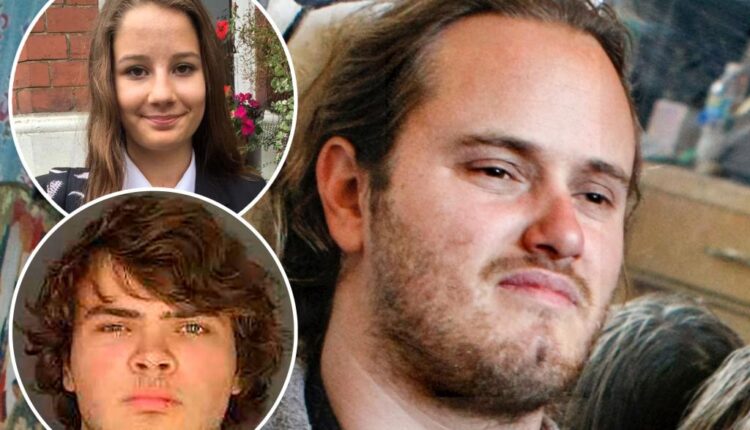 Humanity has had no shortage of political violence in our long history — from Brutus to John Wilkes Booth to Lee Harvey Oswald. And there are many instances of the mentally ill acting violently towards political leaders, such as when a Jodie-Foster obsessed John Hinckley Jr. shot and almost assassinated Ronald Reagan in 1981; or when paranoid schizophrenic Jared Lee Loughner shot Congresswoman Gabby Giffords and killed six others in 2011; or when unhinged James Hodgkinson shot House Majority Whip Steve Scalise — and five others — at a Congressional softball game in 2017.

But recently, as with the attack of Paul Pelosi, we’re seeing a different variant of political violence. This new strain also contains ideological zealotry and mental illness, but we are also witnessing how social media can act as an accelerant to inflame and incite these acts of violence. We saw this social media effect last May when Payton S. Gendron, an 18-year-old self-described “white replacement” conspiracy theorist, allegedly shot and killed ten black victims at a supermarket in Buffalo. Gendron had written in his “manifesto” that he’d been radicalized on the notorious social media platform 4chan while “bored” during COVID.

From what we know of Paul Pelosi’s alleged attacker DePape, he was a homeless, delusional 42-year-old who posted hundreds of blogs that included rants about an “invisible fairy,” and screeds against black and Jewish people, as well as other social media-fueled fanatical ideas.

In the past, we’ve had mass media that had the capacity to spread hateful ideas or incite the unstable — think “Mein Kampf.” But now, the power of modern technology not only casts a wider digital net, it employs insidious algorithms that, like heat-seeking missiles, specifically target the vulnerable and the susceptible, many of whom live in insulated social media echo chambers and are sent increasingly provocative content.

Toxic content and political vitriol is what feeds the social media beast, while feeding it back in turbocharged fashion to users in a continuous extremification loop.

We already know that social media makes emotionally or psychologically unwell people more unwell. There is ample research that shows social media can make people more depressed. Indeed, thanks to the “Facebook Whistleblower” Frances Haugen and the emails she obtained, we know that Instagram had its own internal research indicating that viewing Instagram increased suicidality in teen girls and enflamed their eating disorders. And in September, a British coroner concluded, for the first time ever, that social media had contributed to a person’s suicide.

After examining her digital profile, it was determined that Molly Russell, 14, was a depressed and vulnerable teen targeted by predatory algorithms that specifically fed her suicide-enflaming content because, as Big Tech knows all too well, toxic content drives increased engagement. Sick people can’t help rubbernecking content that makes them sicker. Yet the Big Tech oligarchs, in a classic example of profit over people, refuse to adjust their harmful algorithms for fear of losing market share.

Yet there is a way to defang the most harmful aspects of social media — not necessarily the content itself — but the predatory algorithms that seek out the vulnerable. That’s exactly what the Kids Online Safety Act, proposed in February by Senators Richard Blumenthal (D-Conn.) and Marsha Blackburn (R-Tenn.) seeks to do: allow the user to disable the algorithms that continuously recommend content — harmful or otherwise — to the user. Originally geared for kids and parents, I believe this bold new initiative can be applied to adults as well. According to Blumenthal, “Big Tech has brazenly failed . . . and betrayed its trust, putting profits above safety . . . Algorithms driven by eyeballs and dollars will no longer hold sway.”

In this Brave New World, we can keep our beloved tech, but opt out of Big Brother’s predatory, manipulative and potentially harmful algorithms.

The Kids Online Safety Act may be the first step of a multipronged initiative to help us tame the most harmful aspects of Big Tech and social media. Other initiatives can also include creating a version of the FCC to regulate and oversee Big Tech, in addition to antitrust legislation to effectively break up what are essentially monopolies. Finally, a repeal of Section 230 of the Communications Decency Act is long overdue. Section 230 currently protects Big Tech from legal liability because they are mistakenly considered to be neutral platforms rather than content publishers.

We may never be able to entirely stop dangerous ideologues intent on committing acts of violence — or cure all mental illness for that matter — but we can dampen down the algorithms of the social-media platforms that are fueling both those fires.

Dr. Nicholas Kardaras is the Founder and Chief Clinical Officer of Omega Recovery in Austin, Texas and Maui Recovery in Hawaii. A former clinical professor at Stony Brook Medicine, his latest book “Digital Madness: How Social Media is Driving Our Mental Health Crisis — and How to Restore our Sanity” (St. Martin’s) is out now.