Big bankers are betting wrong in heading to Hong Kong 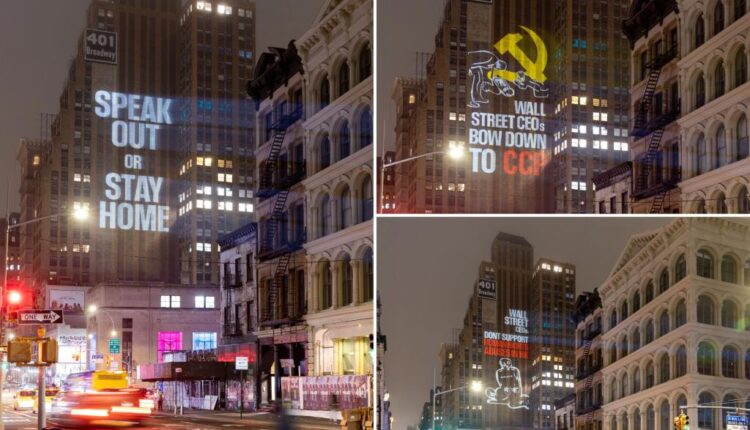 Top bankers from Goldman Sachs, JPMorgan Chase, Citibank and other financial powerhouses will head to Hong Kong Nov. 1 to 3 to meet with a leader the US government has sanctioned for his human-rights violations. Hong Kong Chief Executive John Lee isn’t allowed to open an account with any of these American banks — yet their leaders are happy to hobnob with Lee and polish the city’s tarnished image.

If financiers go ahead with plans to attend the Global Financial Leaders’ Investment Summit, the craven display will prove what the Chinese Communist Party has long suspected: Wall Street is the weak underbelly of American politics.

Hong Kong is on its way to becoming an international pariah state for ending free speech and criminalizing dissent; it was until recently even home to Russian oligarch Alexei Mordashov’s $500 million yacht that’s fleeing US sanctions.

Hong Kong’s freedoms have been more quickly and thoroughly destroyed than in any city in modern times. Scores of people have been held indefinitely without trial and denied bail, many of them following the 2019 pro-democracy demonstrations. Jury trials — promised in Hong Kong’s mini-constitution — have been tossed out the window. Religious freedom is under threat.

The 90-year-old former Hong Kong bishop Cardinal Joseph Zen was arrested and faces charges. The founder, editor-in-chief and five other staff at Apple Daily have been in jail for more than a year. Their crime? Putting out a newspaper, just as they’d done for 26 years. Lee, who “laughs” at sanctions and invites bankers to visit, shuttered the paper and froze its bank accounts.

By going to Hong Kong, bankers risk a backlash at home. They also risk losing a lot of money. The fallout from the Russian invasion of Ukraine, which forced companies to write off billions in investments, should be a warning.

When Britain handed colonial Hong Kong back to China in 1997, Beijing promised a “high degree of autonomy” and pledged that freedom of speech, religion and the press and other parts of the Hong Kong way of life would be preserved for 50 years. Britain’s bet was that China would become a more open country — a bet that’s proven utterly bad. China’s recent coronation of President Xi Jinping — the country’s most ruthless leader since Mao and possessed of surveillance powers Mao couldn’t have imagined — for a third term signals continued repression.

Everything points to deteriorating relations between the United States and China, if not outright war. Just this week, Secretary of State Antony Blinken warned that Xi has moved up his timetable to invade Taiwan. Bankers told Congress recently that they’d pull out of China in the event of a Taiwan invasion — at least if they were told to.

The irony is that the bankers know they are dealing with losers. Last November, JPMorgan Chase CEO Jamie Dimon, who is sending top lieutenant Daniel Pinto to the Hong Kong horror show, said, “I was just in Hong Kong; I made a joke that the Communist Party is celebrating its 100th year. So is JPMorgan. And I’ll make you a bet we last longer.”

If he knows the Communist Party is ultimately a loser — and we all know its regime is headed by thugs — why do he and other bankers keep enabling this corrupt state? JPMorgan Chase has around $20 billion in investments in China. The country has long proven masterful at dangling the prospect of future riches from its vast market. Firms like Goldman Sachs like to say that they are “long-term greedy,” yet future profit prospects for Western banks in China aren’t good.

And near-term, executives risk their reputations if they make the trip to Hong Kong, with Congress threatening to haul them up for questioning on their return. They’d do best to cancel the trip and stay home.

Mark L. Clifford was a director at Next Digital, publisher of Apple Daily, and is the president of the Committee for Freedom in Hong Kong Foundation.

iCloud.com is getting a huge redesign