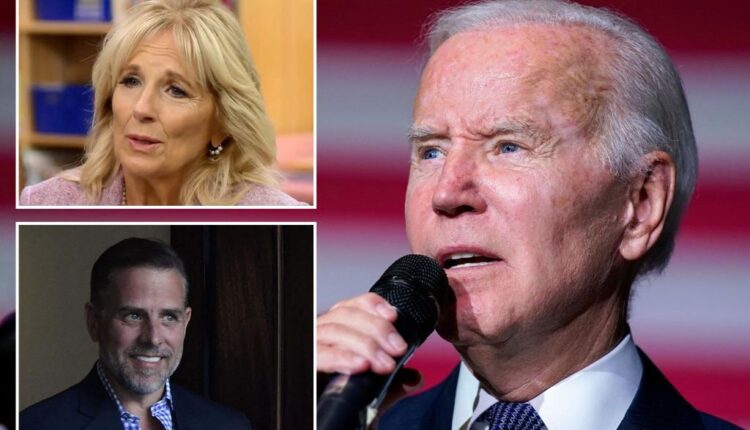 You don’t have to agree with Washington Democrats to acknowledge they are putting on a clinic in how to use power to reward their friends and punish their enemies. From canceling student debt to freeing federal pot prisoners to restricting oil and gas production to getting arch-nemesis Steve Bannon locked up, they are ending their two-year run with a bang.

Their conclusion came last week when the partisan Jan. 6 committee issued a subpoena to former President Donald Trump. The timing was impeccable.

After managing to stretch out the panel’s work for nearly two years, Nancy Pelosi’s worker bees saw to it that the Trump subpoena conveniently dropped just before the midterm elections. Given the likelihood the subpoena will not be adjudicated before the current Congress expires in December, the chief purpose is to keep Trump’s name in the headlines, because nothing stokes lefty voters and unites factions like hating him. It’s practically a requirement for party membership these days.

If the polls are right, the GOP will take the House and maybe the Senate, leaving little chance Trump will ever be forced to testify. Still, Republicans should learn from the Dems’ ruthless use of power to advance their agenda and not fritter it away with their usual intramural squabbling.

Of course, the overarching work of the new Congress will consist of trying to correct the administration’s ruinous energy, tax and economic policies, but a big test will involve the Big Guy. Will Republican lawmakers keep their promises to probe Joe Biden’s connection to his son’s lucrative influence-peddling schemes around the world?

This is far more than a matter of turnabout being fair play. Thanks mostly to The Post’s coverage of Hunter Biden’s laptop and public statements by Hunter’s former partner, Tony Bobulinski, there is an abundance of compelling evidence showing that Joe Biden, as vice president, was participating in and profiting from schemes put in motion by Hunter and Joe’s brother, Jim Biden.

That evidence alone makes a lie of Joe’s repeated claim he never discussed Hunter’s business with him. It’s such a stupid, obvious lie that the only possible explanation is that an honest answer would be the first step in unraveling an enormous scam that stretched over many years.

To cite just one vulnerability, consider that many of the millions of foreign dollars the Biden family got came from China, which raises a distinct possibility that the president has been compromised by our most important adversary. As I have noted, China’s communist leadership knows far more about Joe Biden’s role in Hunter’s business than the American people do.

Already there is more evidence of Joe Biden’s wrongdoing than there was when a special counsel was appointed to probe Trump over his supposed collusion with Russia.

The Biden evidence creates an overwhelming conflict of interest for the Department of Justice and thus cries out for a special prosecutor, but that’s not going to happen because it would require the attorney general to appoint one.

Merrick Garland is a partisan hack, but not a fool, and he’s not going to let someone else decide the fate of the president who appointed him, a process that would also reveal Garland’s dereliction. So congressional probes are the only option left for now.

Even then, it’s possible Garland will do all he can to obstruct the search for truth. One potential avenue involves closing the Hunter case and sealing crucial evidence, perhaps with a civil settlement or a plea to a minor crime, before the new congress begins in January. FBI whistleblowers have warned congressional Republicans of those outcomes and complained that top Justice officials have been giving Hunter special treatment in the probe, which is now more than 4 years old.

Another reminder that Hunter could escape with a slap on the wrist came courtesy of the president and first lady themselves. In separate interviews, Joe and Jill Biden went public to claim their son is completely innocent, an unprecedented, orchestrated move that cannot be dismissed as insignificant.

The Bidens were surely moved as much by self-interest as parental love. They know the veil on their lucrative Tammany Hall-like schemes could be ripped off by the thorough investigation Republicans have promised.

The chief result would be that Joe Biden’s self-created image as a straight-talking friend of the working class would be shredded to reveal him as a modern equivalent of George Washington Plunkitt. He’s the legendary Tammany boss who famously boasted of his graft by declaring, “I Seen My Opportunities and I Took ’Em.”

To prevent exposure, the Bidens’ sudden public defense of Hunter smells like a double-barreled message to Garland to complete the case by the end of the year while allowing them to say they never discussed it with him.

We’ve been down this road before, when the White House claimed Biden never urged Garland to prosecute Trump. He didn’t have to because he made sure Garland got the message by having aides tell The New York Times that’s what Biden wanted.

The president’s wish was Garland’s command. Trump was soon being investigated on two fronts and the FBI raided his Mar-a-Lago home in the search for government documents.

A crime fighter of ‘late’

Zeldin has made the surge in violent crime his defining issue and successfully pinned the blame on Hochul and other Albany Dems. That she felt the need to push back so late in the race means her own polls reveal that Zeldin is striking a nerve with voters of all kinds, including Democrats.

Alas, the ad, like Hochul’s performance, is mostly fluff. Her promise that “You deserve to feel safe, and as your governor, I won’t stop working until you do,” would be persuasive if there was evidence to back
it up.

But she makes no promises to do anything differently, citing only secondary things she has already done. Those measures had little or no impact on the crime wave spreading across the state, so the ad serves to confirm Zeldin’s criticism she is failing voters on their top concern.

For example, Hochul refuses sensible requests from Mayor Adams to give judges more discretion in deciding whether to release suspects. She is also fighting his aim of having 16-year-olds who are charged with gun crimes treated as adults in criminal courts instead of family courts.

If Hochul is serious about safety, she will work with ­Adams, not against him.

Ugly Truth for Dems in Florida