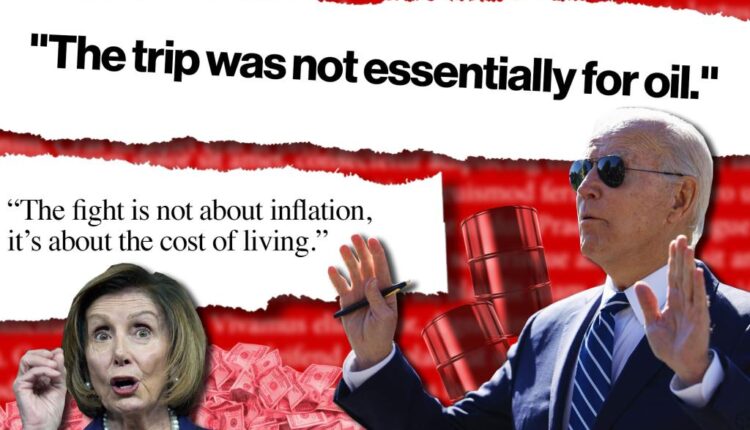 “The trip was not essentially for oil.”

We say: Sure, a humiliated Biden claimed he had other reasons for his visit to the Saudis. But a Tuesday New York Times exposé shows he was simply lying, as “his top aides thought they had struck a secret deal to boost oil production.” Guess that fist-bump with Crown Prince Mohammed bin Salman, whose kingdom Biden once vowed to make a “pariah,” was a little premature. Oh, and more fuel inflation is on the way as Biden refuses to change course on domestic energy (beyond his pathetic Strategic Petroleum Reserve releases).

We say: The Accidental Governor has shown she’s not willing to “look at the laws again.” She made a bunch of meaningless tweaks to our criminal-justice “reforms” and called it a day (lest she offend the Legislature Democrats whose support she needed for her Buffalo Bills giveaway and slush funds). And she clearly never looks at the data, which show unambiguously that bail reform is a crime-driving disaster. She just keeps pretending she will.

“The fight is not about inflation, it’s about the cost of living.”

We say: The cost of living IS inflation. And the fight she means — the midterms — is 100% about inflation, which comes up in poll after poll after poll as voters’ No. 1 issue. With good reason: The policies Pelosi has backed have driven inflation to historic highs and crushed average Americans. Her sad effort at hairsplitting is a weak bid to deflect attention from a raging economic conflagration by pointing out the sparks it’s throwing off.

We say: Writing in Monday’s Washington Post, foreign-affairs wonk Max Boot says: “This is how democracies die, both at home and abroad.” Really, Max? Democracies die from people voting their preferred candidates into office via record-breaking turnout? Gee, we thought that’s what democracy is.