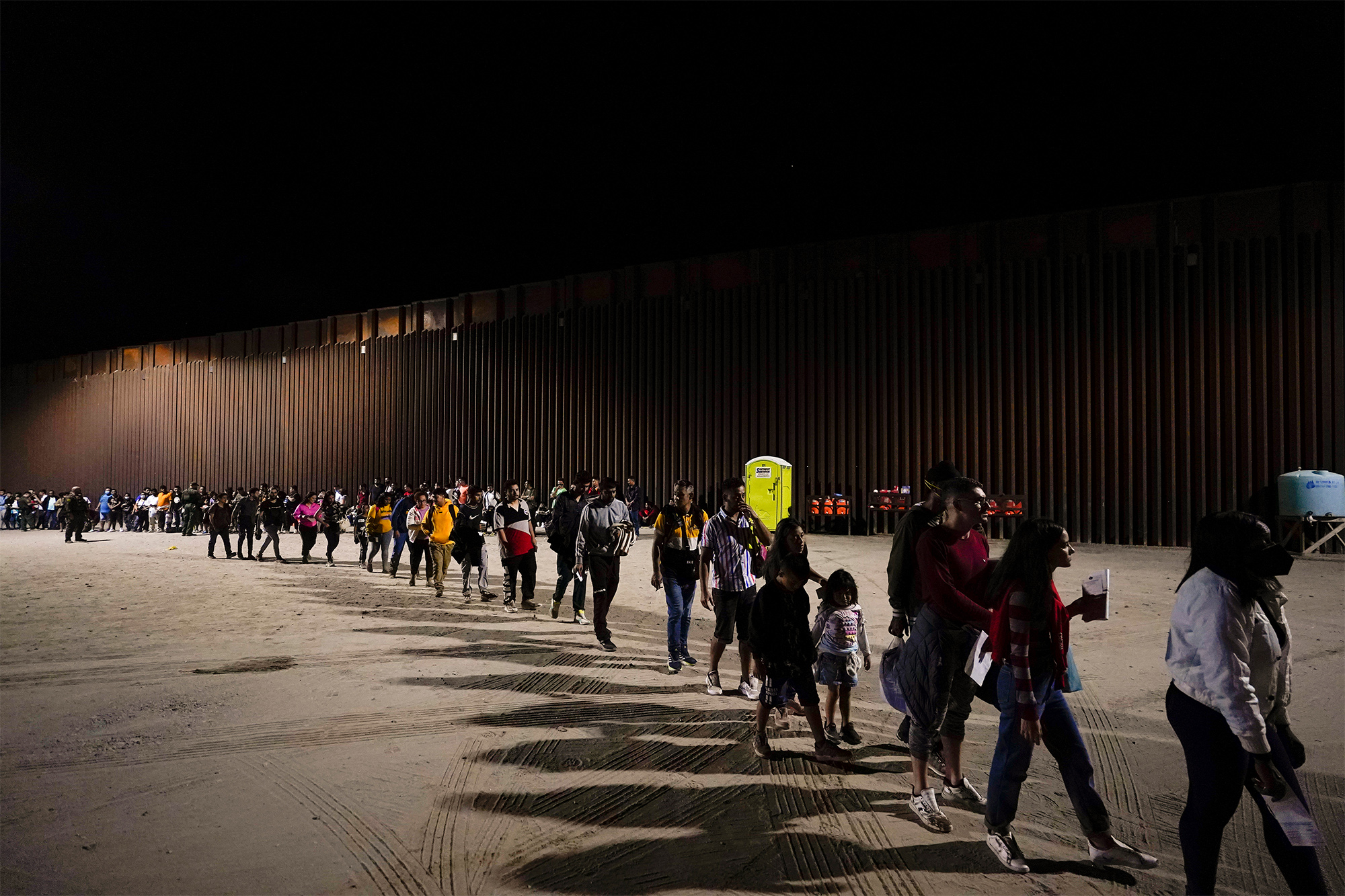 Word of Team Biden’s open-borders policy is now attracting a whole new wave of illegal migrants, on top of the steady flow of 1) Mexicans and 2) former residents of the Northern Triangle nations of Honduras, Guatemala and El Salvador: The rest of the world now accounts for a huge number of illegal border-crossers — 700,000 this fiscal year alone.

As the nearby chart shows, the swell that began as soon as Biden took office hasn’t slowed but grown. Much of the “other nations” group comes from Cuba, Venezuela, Columbia and Nicaragua — but Haiti and even Ukraine contribute, too.

Vice President Kamala Harris’ supposed mission of addressing the “root causes” of Northern Triangle migration looks even more pathetic, and not just because she’s barely pretended to try: The rush from Cuba, etc., would drown out any progress (if she’d actually made any).

This is a clear result of President Joe Biden’s decision to do away with everything his predecessor (and even President Barack Obama) had done to stop the tide: The Border Patrol now basically waves every comer in, treats nearly all as “asylum seekers” — and sends them on their way into the interior, requesting only that they check in from their final destinations.

And the word keeps spreading, as those who’ve made it all the way send news back home about how easy Biden’s made it. The main reason the tide isn’t larger is that you’ve still got to get to the border, which for most means a journey of thousands of miles.

Plus, since even minimal processing of so many people is overwhelming the feds, smuggling is also at record levels. Drug Enforcement Administration chief Anne Milgram confirms that the Sinaloa and Jalisco cartels are sending in fentanyl “at catastrophic and record rates like we have never seen before.”

As we’ve noted, fentanyl is driving the record US level of deadly overdoses — which claimed more young people’s lives than COVID even at the pandemic’s height, and unlike the coronavirus is only getting worse. The nation saw 109,000 OD deaths in 2021, and this year will be higher still.

But, as with everything else about the border disaster, the White House’s only response is utter denial: Press Secretary Karine Jean-Pierre claimed Wednesday that Team Biden is “securing the border” against fentanyl, citing the 200% increase in seizures — which is obviously the result only of still catching only some of a far larger amount of the stuff coming in.

Of course, she also says that migrants aren’t just “walking across” the border — when you can watch video of them doing exactly that, with the Border Patrol sometimes even opening up gates to help.

“We have a plan in place,” Jean-Pierre insists. Uh-huh.