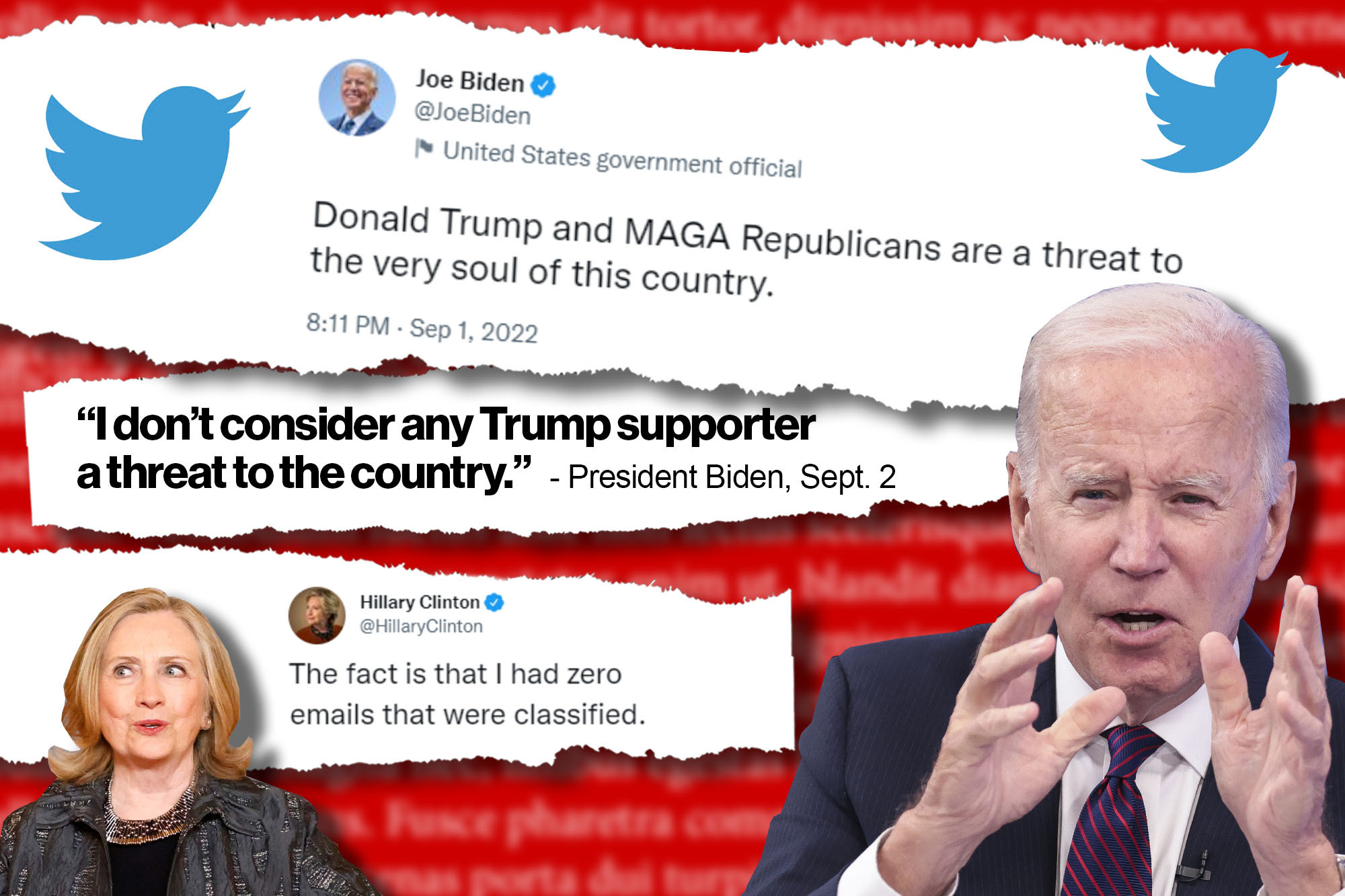 “I don’t consider any Trump supporter a threat to the country.”

We say: Credit the president with at least knowing how to use both sides of his mouth to talk out of.

We say: Telling bald-faced lies has been standard operating procedure for both Hillary and Bill Clinton going all the way back to Whitewater and the “I did not have sex with that woman”/Monica Lewinsky scandal. The truth? Hillary maintained tens of thousands of emails on her private server, in violation of federal rules. And, as Jonathan Turley notes in The Post, the Justice Department inspector general found “81 email chains containing approximately 193 individual emails” that were “classified from the CONFIDENTIAL to TOP SECRET levels.” Not to mention the tens of thousands she had destroyed, also in violation of rules.

“The pool of respectable conservatives is shallow.”

We say: Or maybe . . . Blow is shallow. In his Times column, the scribe actually faults Biden for trying to limit “semi-fascists” and those he says embrace “extreme ideology” to just “MAGA Republicans”; Blow thinks all Republicans who voted for Donald Trump “deserve to be called out.” That’s right: 74 million Americans — many of whom probably reject Biden and his supporters (like Blow) for their own “extreme ideology.”

We say: Actually, the scientific evidence that masking on NYC subways — which was what Jha was commenting on — does any good at all against COVID is at best debatable. Numerous studies have failed to show any benefit from community masking, and even the Centers for Disease Control and Prevention consider cloth or surgical masks the least effective against the bug. No wonder so many people distrust government advice on the coronavirus.

We say: Dissing the financial sector may rev up his progressive base, but Biden was only too happy to take Wall Street’s 2020 donations, which were 2½ times what it gave to President Donald Trump (per Americans for Financial Reform). Meanwhile, MAGA Republicans never claimed Wall Street built the country. More important, without Wall Street — and its willingness to risk capital — there’d be a whole lot fewer “working people” . . . working.