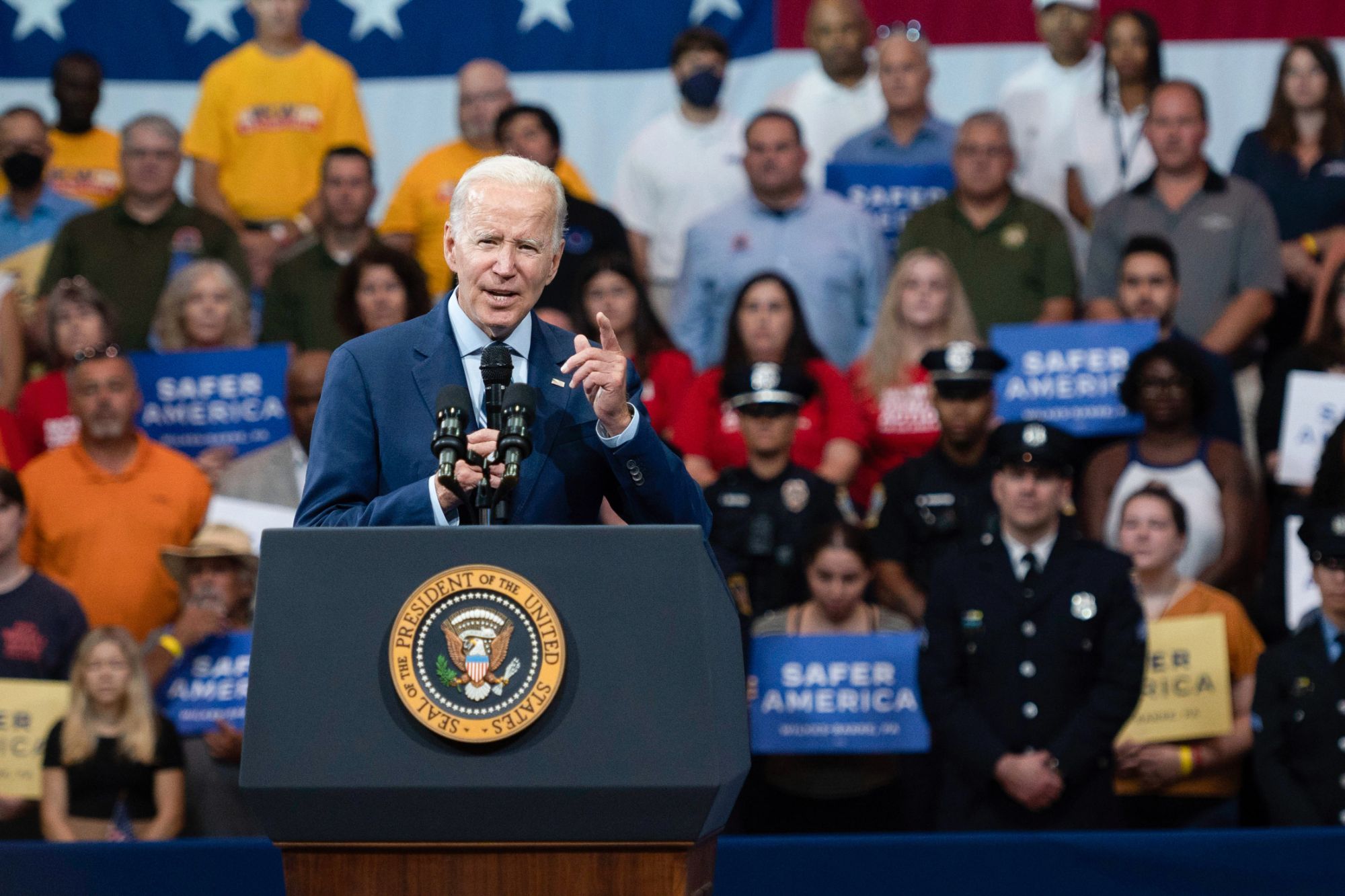 President Joe Biden probably won’t roll out the “semi-fascist” charge in his Thursday night speech (unless he goes off-script), but he’ll still use his trademark blend of half-truths and outright lies to paint the entire Republican Party a threat to our democracy, with the real point being to get voters to think “Trump — oh, no!” and not “Biden — ugh!” this November.

In a Maryland test-drive of his Thursday themes, Biden told a group of Democratic fat-cats, “What we’re seeing now is either the beginning or the death knell of an extreme MAGA philosophy,” arguing: “It’s not just Trump, it’s the entire philosophy that underpins the — I’m going to say something: It’s like semi-fascism.”

He soon proved unable to define that term (one reason his speechwriters will try to avoid it), but at a rally that night he claimed, “The whole notion of the burn-it-all-down politics and MAGA Republicans continues to be a drumbeat.”

But what, exactly, has the GOP done since Biden took the White House? Well:

And what would Republicans do if they won control of Congress this November? A better job of blocking Biden’s agenda, and hold a ton of . . . hearings investigating possible administration wrongdoing.

As far as the Trump threat to democracy: In office, he respected every court ruling against him and every defeat in Congress. And his efforts to reverse the 2020 election failed miserably from start to finish.

Yes, the Jan. 6 riot was a disgrace and a desecration, but that disorganized mob never had a chance of achieving anything. Even if it had been far larger and organized enough to, say, force a vote supposedly declaring Trump the winner, no one would’ve recognized that as legitimate.

Maybe Trump’s gone fully ’round the bend now, but the fact that he’s leading polls to be the GOP nominee in 2024 means squat: Polls this far out are meaningless reflections of  name recognition — wasn’t Jeb Bush the Republican frontrunner two years before the 2016 primaries? Plus, most of his endorsed candidates are on track to lose this fall — and he’s probably the only GOP nominee Biden could beat.

Yes, the Trump years shifted the GOP, breaking its long-outdated habit of trying to reduplicate the Reagan coalition. But nothing suggests it has embraced violence, let alone the “burn-it-all politics” that Biden pretends.

No: Thursday night will just bring a fresh drive to divide America to serve the short-term interests of a president whose vows to “unite” the nation have proved to be his emptiest words.