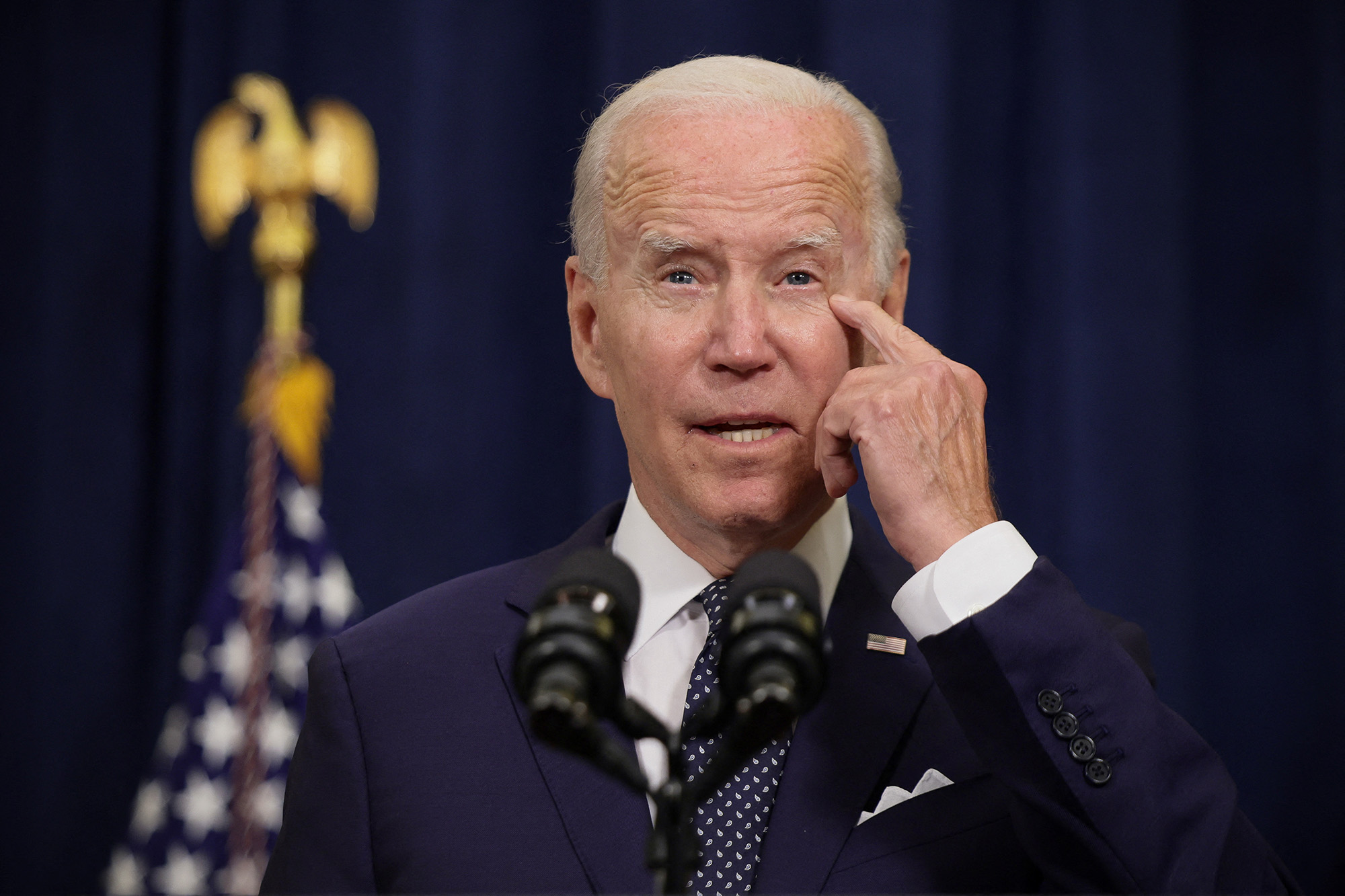 White House efforts to spin away the grim facts on the US economy, rather than actually doing anything about it, are now in overdrive.

Thus, with the Bureau of Economic Analysis likely to report Thursday that the economy shrank again in the second quarter after contracting 1.6% in the first, Team Biden is claiming that doesn’t technically constitute a recession, even though it’s the standard interpretation.

“The technical definition [of a recession] is not two negative quarters,” insisted Biden economist Brian Deese on Monday, citing the National Bureau of Economic Research’s broader characterization: “a significant decline in economic activity that is spread across the economy and that lasts more than a few months.” A White House blog post made a similar argument.

Can there be any better proof that the White House knows the economy stinks than its lame attempt to paint six months of falling GDP as not so terrible? (Or does President Joe Biden think fewer goods and services — which is what falling GDP means — is a good thing?)

Meanwhile, NYU economist Nouriel Roubini, who predicted the 2008 financial collapse, says anyone even expecting merely a shallow downturn is “delusional.”

The president is similarly gaslighting on . . . gas. “Prices have declined by an average of 60 cents per gallon over the past 38 day,” he bragged over the weekend. Yeah, but they’re still well over $4 a gallon, a whopping 72% higher than when he took office. (And will he label the mild drop “Putin’s price discount”?)

The bull never stops. Last month, Biden called the US economy the “fastest-growing” in the world. Even left-leaning CNN rated that false, noting that even last year, more than 50 countries had faster growth.

The White House also famously claimed inflation would be “transitory,” despite numerous warnings, even from left-leaning economists, to the contrary. It later argued that price hikes were just a problem for the “high class.”

The lies go way beyond the economy. When migrants began pouring over the border in record numbers, Biden claimed it was just “seasonal.” Just the other day, Homeland Security Secretary Alejandro Mayorkas pronounced the US southern border “secure,” despite record numbers of illegal migrants flooding in.

The only real question about Team Biden’s endless word games and outright falsehoods is this: Are they just afraid to face these grim realities, or simply refusing to do what’s needed to turn them around?

Chazz Palminteri on his sticky fingers and early love of acting