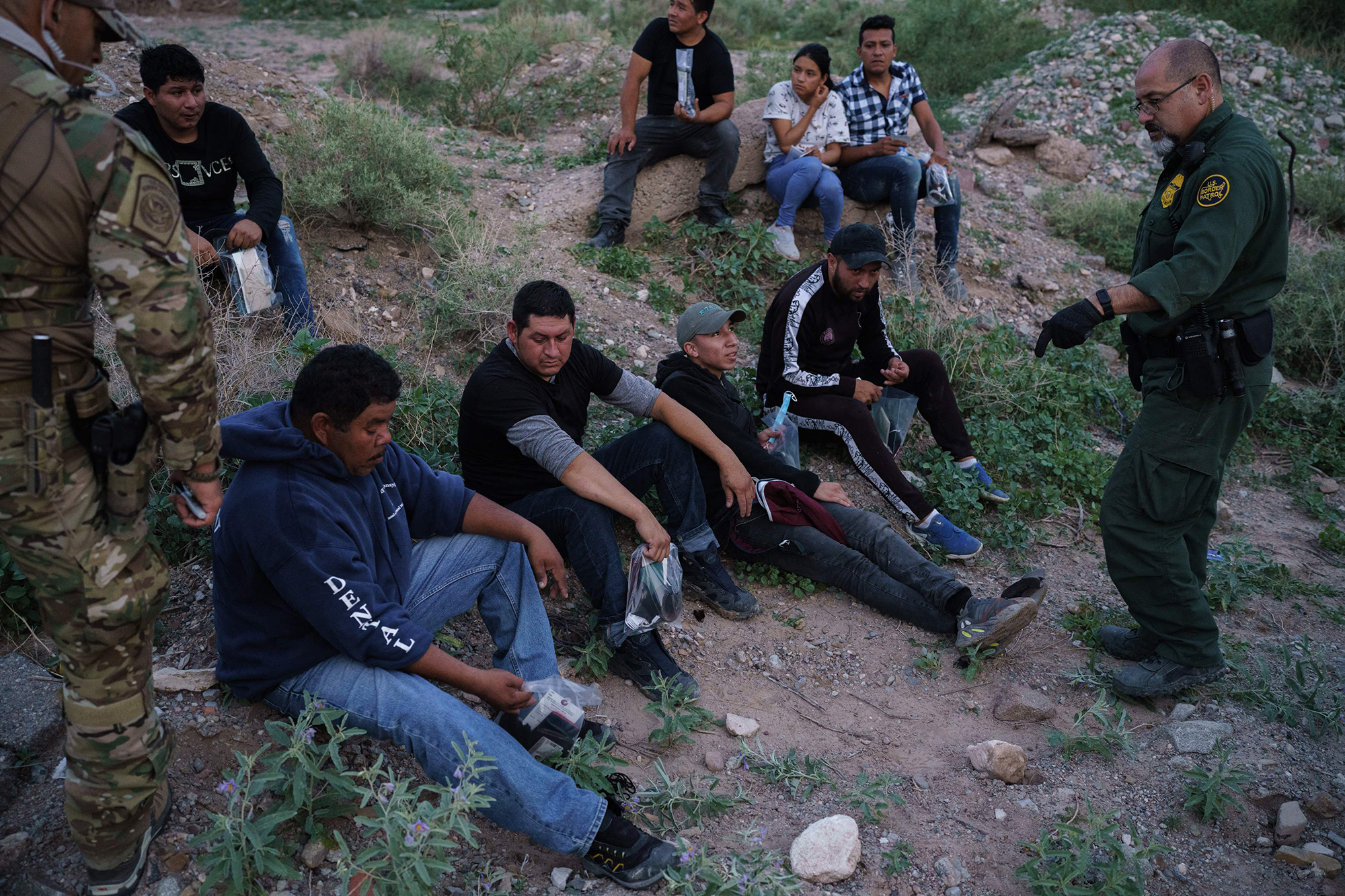 President Joe Biden has let more illegal migrants into the United States than there are people in his home state of Delaware — a shocking 1.049 million, per the administration’s own disclosures.

And that’s just the adults they caught and released; if you add in got-aways and unaccompanied minors, that figure approaches 2 million (closer to a West Virginia or an Idaho).

Never mind the horror stories like the one about the 53 migrants who died in a truck in San Antonio, Texas, last week; a population increase of that size will have an enormous impact on the US itself. Especially so given the more than 11 million people here illegally at the start of 2022, according to estimates from the Center for Immigration Studies — a massive uptick over the previous year’s figure, courtesy of Let-’Em-In Joe.

Every month, the number of migrants encountered by US Customs and Border Protection keeps rising. May’s was the highest ever, breaking the record set in April. There won’t be any letup until the White House stops its wink-and-nod routine that heartlessly encourages illegal migration.

Don’t think the nation can absorb this massive influx without major changes — and pain. Just look at the town of Eagle Pass in Texas. Video taken there showed hundreds of suspected illegal migrants gathered by a roadside, in a town of 30,000 that’s seen 1,000 illegal migrants apprehended and processed there per day.

The town’s mayor, Rolando Salinas Jr. (a Democrat), says his police and fire services are stretched thin and expresses deep frustration: The US needs to let the world know “there are rules, there’s laws you have to follow. If you come to the US, you’re not going to get all these resources because that’s what they think.”

Yet that’s just what the Biden administration has encouraged them to. Indeed, human traffickers allegedly call his policy “La Invitación.”

It’s destroying small border towns like Eagle Pass. And it has huge implications for politics, budgets and crime around the country: These numbers are like adding whole new states.

Don’t believe anyone who says we can’t do anything about it. These numbers were nowhere near as bad during the Trump administration. Then, the US posture was clear — i.e., that immigrants must pursue legal pathways — and included elements like the Remain in Mexico policy, which Biden is ending, and the Title 42 expulsion rule, which he’s vowed to end.

Secure borders are better for US citizens and would-be migrants. Biden and other open-border enthusiasts can keep up their “humanitarian” charade and do huge collateral damage along the way.

But all the evidence we need of how deadly wrong they are can be found in Eagle Pass, San Antonio and dozens of other towns and cities.

How to use Memoji, Animoji, stickers, and filters in real-time in FaceTime

How old of a MacBook is still good for a student?