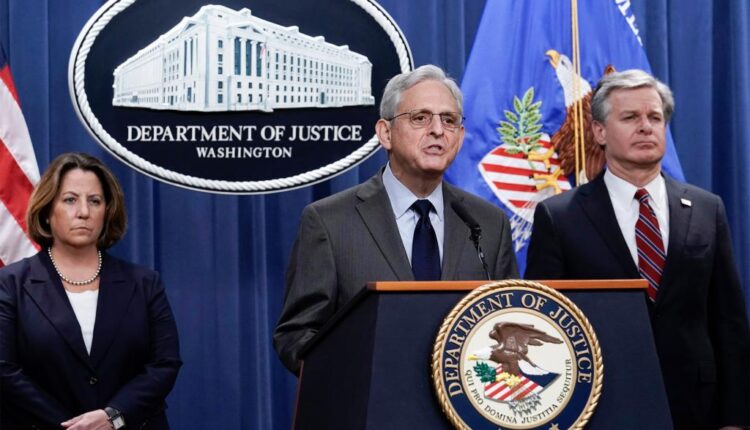 Do Americans want the Department of Justice demanding they cooperate with free speech-stifling, unbelievably extensive fishing expeditions if they dare support policies with which the president disagrees?

That prospect was just put to the test in an Alabama courtroom.

A federal judge rebuked the DOJ this week for targeting conservative nonprofit Eagle Forum of Alabama with a stunning subpoena — punishing the wrongthinker on gender ideology by process and sending a chilling message to other dissenters from regime orthodoxy.

The judge’s ruling came in Boe v. Marshall, a case in which the Justice Department intervened this spring, suing Alabama over the constitutionality of its Vulnerable Child Compassion and Protection Act.

That law prohibits Alabamans from rendering so-called “gender-affirming care” to minors — which can include giving them puberty blockers and cross-sex hormones and even surgically removing their breasts and replacing their genitalia — under penalty of felony.

As President Joe Biden said in a recent interview, he believes no state should be allowed to stop such child mutilation. DOJ is prosecuting accordingly.

Enter Eagle Forum, which had lobbied for the legislation. DOJ indicated it believed the advocacy group might have also been involved in drafting the bill. So in a move that would make the Jan. 6 committee blush, under guise of discovery in August, DOJ issued a subpoena commanding Eagle Forum — a nonparty to the case — to produce 11 categories of documents covering five-plus years’ worth of material related to the bill.

DOJ demanded every scintilla of associated evidence of wrongthink, from notes and research to communications with legislators and other interested parties.

Eagle Forum called on the court to quash the subpoena, arguing not only that complying with it would be excessively costly and complex and that its work was irrelevant to the case — it also threatened Americans’ most fundamental rights.

Eagle Forum’s volunteer general counsel, Margaret Clarke, said that in 45 years advocating for legislation, neither her organization nor its affiliates had ever been subpoenaed for their work. If enforced, she wrote in an affidavit, the subpoena “will have a chilling effect on historically protected Constitutional rights and legislative advocacy.”

The group’s executive director, Becky Gerritson, came to national fame for her impassioned 2013 testimony before Congress about the IRS’s targeting of the Wetumpka Tea Party she then led.

Now combating the apparent malice of another federal agency, she wrote in an affidavit that DOJ’s subpoena was “a form of government harassment and retaliation for simple communications with the public” and “elected officials to carry out our lawful purpose.”

Amid Eagle Forum’s objection to the subpoena and blowback from numerous supportive organizations via amicus briefs, the DOJ backed down. In early October, it told the court it had “narrowed” its mass of requests to one: medical studies or literature referenced in a single section of the law.

In a subsequent hearing, Judge Liles Burke took the department to task, asking of the official who signed the subpoena: Why, if the government was acting in good faith from the jump, was it now only “asking for 1 percent” of the original information?

Burke added that he saw the initial subpoena as “vastly overbroad and unduly burdensome,” wondering “how in the world” the requested materials could “possibly be relevant to this case.”

What does a group’s lobbying for legislation have to do with the law’s constitutionality? The DOJ official hemmed and hawed in response, seemingly chastened.

Burke observed that if such a subpoena were to stand, a future DOJ could well make the same intrusive requests of progressive groups. “Is that where you think the Department of Justice thinks we need to go in this country?” he asked.

The judge quashed the subpoena, citing the “Government’s own conduct,” including its “eleventh-hour ‘narrowing.’”

In so doing, Burke served up a rare loss for the Biden administration in its War on Wrongthink. Among its targets have been a slew of pro-lifers, many raided in shock-and-awe operations and seemingly overcharged for protesting at abortion centers — while those firebombing pro-life facilities walk free. And parents peeved with their public schools’ embrace of critical race theory and imposition of draconian COVID policies have been slapped with terror-threat labels.

That such a case as Eagle Forum’s ever arose suggests a level of politicization and weaponization within the institution perhaps rendering it beyond repair.

It will be up to the next Congress and perhaps president to do something about it.

Benjamin Weingarten is RealClearInvestigations deputy editor, a senior contributor to The Federalist and a Claremont Institute fellow.