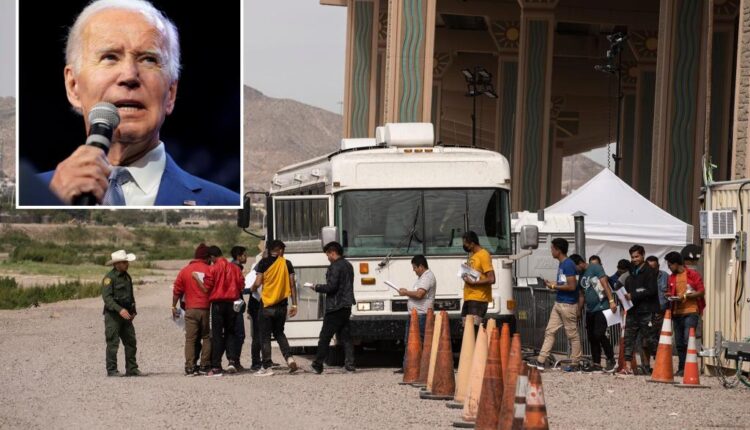 President Joe Biden clearly knows his disastrous border policies will hurt Democrats in the midterms, so he’s suddenly gestured at doing something — and even that’s backfiring.

Last week, his folks announced a deal to halt the flood of Venezuelan migrants at the border by expelling them to Mexico. They also offered a path for 24,000 Venezuelans to enter legally, after finding a US sponsor. (Who needs congressional approval?)

“There is a lawful and orderly way for Venezuelans to enter the United States, and lawful entry is the only way,” Secretary of Homeland Security Alejandro Mayorkas huffed. “Those who attempt to cross the southern border . . . illegally will be returned to Mexico and will be ineligible for this process in the future.”

Sounds tough — but Mayorkas (like Biden) has never told the truth about the border, falsely insisting it’s been “secure” even as nearly 4 million have crossed illegally since Joe took office. And sure enough, no one took the news seriously: As The Post reported, the waves of Venezuelans have yet to slow one bit.

Nor will they: Sources tell the paper that only a small fraction of Venezuelans will actually be sent back to Mexico. At first, Mexican authorities wouldn’t even accept the deportees, and those returned vowed to re-cross anyway; The Post witnessed one doing just that.

Besides, why illegal migrants from just Venezuela and not elsewhere? Word spreads fast, and it’s easy enough to claim you’re from another country.

Biden could’ve avoided this mess by continuing his predecessor’s policies, like the Remain in Mexico program, and not signaling that America’s door is wide open, so c’mon in. Instead, he’s done everything possible to encourage migrants, including pushing to end Title 42, the very law he’ll now (pretend to) rely on to expel Venezuelans.

Meanwhile, the torrent of migrants has caused nightmares in America, and not just for border towns: Even Democratic Mayor Eric Adams declared a state of emergency in New York and has pleaded for federal help to address some 20,000 migrants now here.

All this hurts Dem prospects next in next month’s elections. So Biden opted to do something — or at least to pretend. Alas, like his failed plea for Saudis to delay oil-production cuts and keep energy prices down until after the midterms, his Venezuela move was all show. The border crisis will continue until enough Republicans are elected to to stop it.