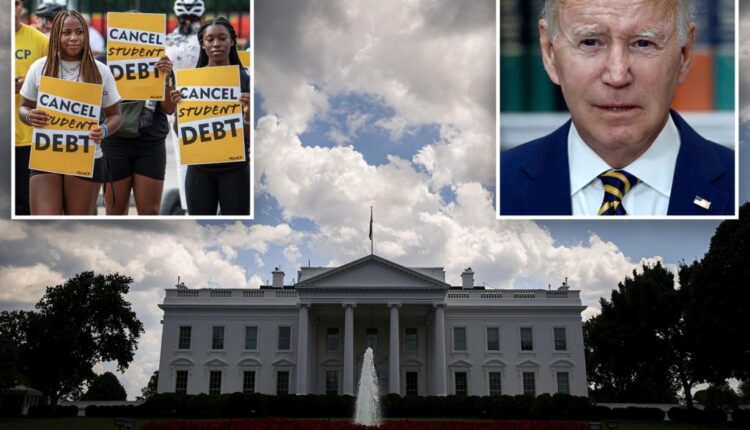 So how is Biden getting away with it?

The administration is hoping that by running out the clock and exploiting legal loopholes, it can spend this money — and likely much more — in a move that makes a mockery of the separation-of-powers principles on which our Constitution was established 245 years ago.

Not only that — it flouts Supreme Court precedent from just last term. Simply stated, the executive branch, including such components as the Department of Education, lack the authority to exercise powers of “vast economic and political significance” absent a clear delegation from Congress, as the Court put it on June 30 in West Virginia v. EPA.

Congress has granted no such authority. Nor would it. Biden’s gambit is a naked appeal to the Democrats’ woke-progressive base, who are happy to ignore Constitutional norms and turn him into a president-king.

To function properly, our system needs government officials who are committed to the Constitution’s division of authorities. A member of Congress must defend the legislative branch’s powers from usurpation by the executive — and that includes the power of the purse. Progressives, however, see the constitutional framework as a sclerotic inhibition on the achievement of leftist policy goals. Hence the dramatic expansion of the administrative state, which shifts power from politically accountable officeholders to insulated bureaucrats at an alphabet’s soup of federal agencies.

More to the point, the Framers would have expected that a president who dared usurp legislative power would find Congress responding by slashing the executive’s budget and, in egregious cases, filing articles of impeachment. Progressives, however, prioritize policy outcomes, not constitutional niceties.

When Democrats control the White House, congressional Democrats are a rubber-stamp for aggressive “pen and phone” executive governance. Only when there is a Republican president do Democrats rediscover congressional powers to check executive action — while they then rely on progressive judges to implement policy preferences of the radical left, distorting the Constitution as necessary.

For now, Democrats control both houses of Congress, so the courts are the only promising avenue for blocking Biden’s lawless plan. Here, though, the president is banking on the so-called standing doctrine. This requires a litigant challenging executive action to show more than that it is illegal or unfair.

An individual does not have standing to file a lawsuit unless a personal injury can be shown — harm that is concrete, unique (i.e., hurts the person in a way that is different from the hurt it causes society as a whole), and quantifiable in the sense that it can be redressed by judicial action.

Ironically, even as he ignores the Constitution, Biden expects the federal courts to be sticklers for standing rules. These would bar a lawsuit based on, say, the claim that as a taxpayers, we are harmed by an illegal decree that forces us to underwrite the costs of extinguished student debt.

Still, there are some legal challenges that should surmount standing hurdles. The Pacific Legal Foundation may have found a way around the usual bar to taxpayer standing. Several states tax loan forgiveness. On Tuesday, PLF challenged Biden’s edict on behalf of an Indiana man, Frank Garrison, who can show individual harm: Under a federal program rewarding public service, he would not have been taxed; under Biden’s order, though, he’ll be penalized.

Others with obvious claims include student-loan servicing companies, whose income is generated by collecting loan payments. As commentators have pointed out, they could be fearful of the Biden administration, the Education Department, and congressional Democrats, who have may ways of undermining their business. Still, it is unlikely that all of them will be unwilling to sue.

George Mason University’s Ilya Somin notes that academic institutions such as Hillsdale College, which refuse to accept federally funded student loans (due to the various strings attached to them), could sue based on the doctrine of “competitor standing” — i.e., Biden’s program puts them at a disadvantage in competing for students because loans at their schools will not be eligible for forgiveness.

Then there’s another constitutional anomaly to factor in: legislative standing. It would no doubt surprise the Framers, who made Congress the most powerful branch of government, that lawmakers would need the judiciary to do their heavy lifting.

But as traditional separation-of-powers has broken down, the courts have been more open to allowing Congress to sue the president for usurping its power. Such suits must be brought by Congress as an institution, not by individual lawmakers. That means there will be no such suit until Republicans gain control of either or both chambers.

As with many things, then, President Biden will not get his comeuppance on the student loan travesty until the voters have spoken in November. How much money will be out the door by then?

Apple TV+ has a new documentary all about ‘Korea’s mermaids