Bidenflation boosting GOP and other commentary 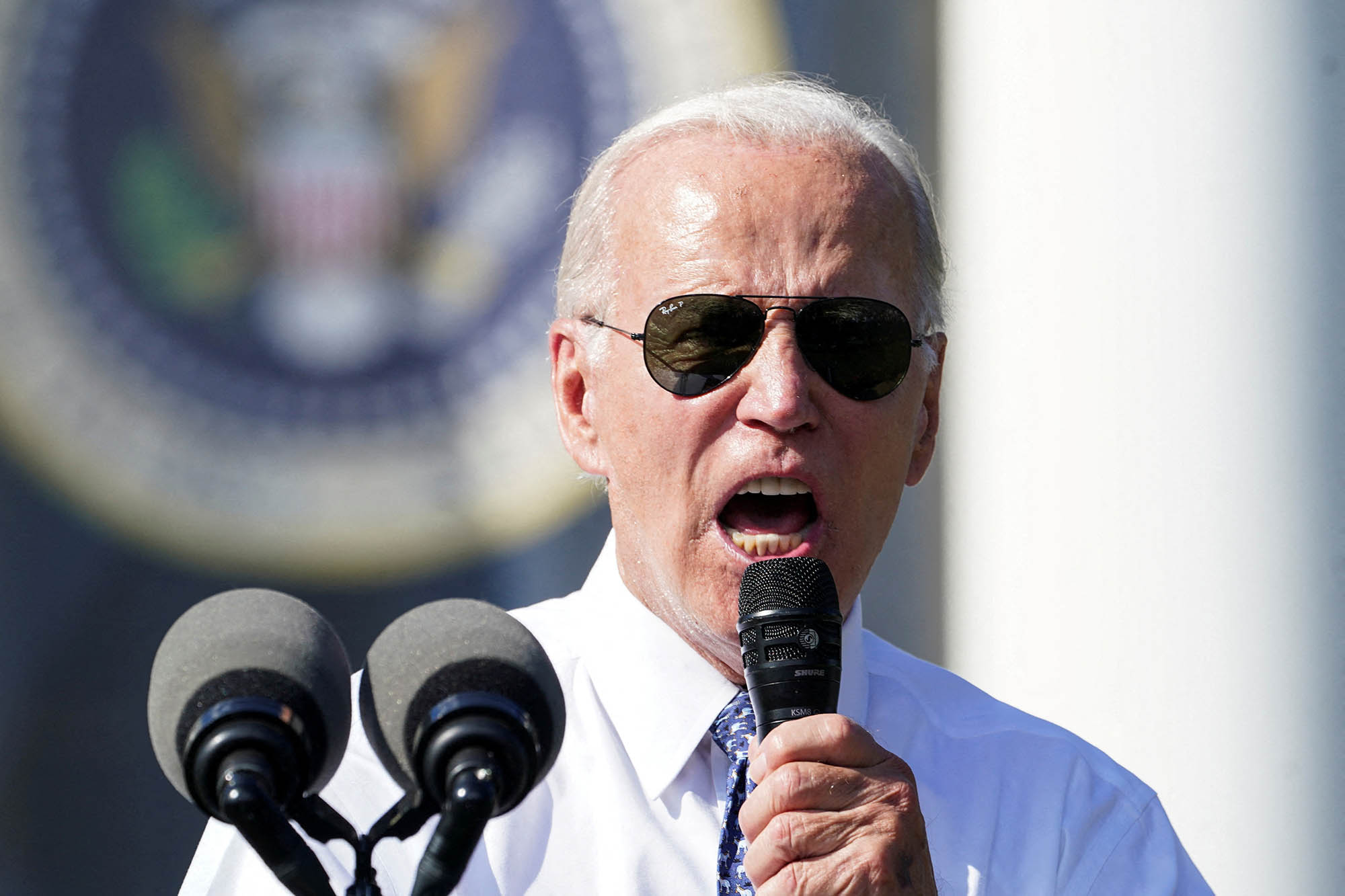 The Wall Street Journal’s Kim Strassel flags “a political reality that Republicans have been slow to publicize”: that Democrats are “openly abusing charities to stack voter rolls in their favor” — by pushing foundations and private donors to “funnel tax-exempt dollars into ‘charities’ that microtarget and register Democratic voters.” “The left has been growing this ‘philanthropy’ racket for decades,” yet “it’s hard to find a conservative foundation engaged in such activity, given a fear of IRS consequences.” America’s charitable-giving laws have been “an enormous force for good, but Democrats are cynically abusing the system for partisan gain.” Indeed, “the problem isn’t ‘dark money’ ” in politics; “it’s the sham ‘philanthropy’ voter-registration racket, taking place in broad daylight.”

From the right: Bidenflation Boosting GOP

“The persistence of inflation” makes GOP victories “seem possible again,” contends the Washington Examiner’s Hugo Gurdon. In Ohio’s Senate race, Republican J.D. Vance is now tied with Democrat Tim Ryan, per the latest Marist poll. In the Senate battle in Georgia, it’s likely “former football star Herschel Walker will plow [Sen. Raphael Warnock (D)] under just as he plowed through NFL defenders back in the day.” Elections ask “whether those in power have done a good job and deserve to stay.” This election is about “fiscal incompetence producing inflation” that’s “draining value for all our incomes and savings, as well as rising interest rates” and a likely recession. “The economy was booming until the Democrats took over. Now it’s gone boom. The two are very different.”

Foreign desk: How To Deny Putin an Army

“Russians appear eager to leave the country to avoid becoming soldiers” but “can’t easily get out,” notes Reason’s Eric Boehm. After Vladimir Putin announced a call-up of reservists, one-way ticket prices for flights out of Russia “skyrocketed or largely sold out.” Yet Russians can’t enter many countries without a visa, and “few airlines still fly to Russia since the European Union imposed a flight embargo in response to the war in Ukraine.” By making it harder for Russians to emigrate, “the European Union and others are only helping Putin trap Russian citizens in the country.” If the West instead lets “Russians vote with their feet,” it can “peacefully rob Putin of an army for his illegal war.”

“Marilyn Mosby’s tenure as Baltimore’s chief prosecutor has been an unmitigated disaster for Charm City,” laments City Journal’s Tom Hogan, but after being “deposed by a disgusted electorate,” she has “one final insult for her beleaguered constituents: freeing a convicted murderer.” Adnan Syed was found guilty of killing his 18-year-old ex-girlfriend in 2000 and sentenced to life plus 30 years in prison. He exhausted all his appeals, all the way to the Supreme Court, but became national news thanks to the podcast “Serial.” Now Mosby has suddenly decided her staff “lack confidence” in the verdict and requested it be thrown out — and a court agreed, freeing Syed. It’s a “slap in the face to the victim’s family, the citizens of Baltimore, and the incoming chief prosecutor,” who may be “forced to clean up Mosby’s mess.”

Emails newly obtained via Freedom of Information laws reveal how the media’s attacks on COVID-extremism critics like Martin Kulldorf were “the fruits of an aggressive attempt to shape the news by the same government officials whose policies” the skeptics criticized, rails Jenin Younes at Tablet. The documents expose “a vast and unprecedented regime of viewpoint-based censorship” and “expressly establish that the social media companies intensified censorship efforts . . . in response to the government’s demands.” “The Founders of our country understood that line-drawing becomes virtually impossible once censorship begins” — and “had Americans learned of the Great Barrington Declaration [warning against lockdowns] and been given the opportunity to contemplate its ideas . . . the history of the pandemic era may have unfolded with far less tragedy.”