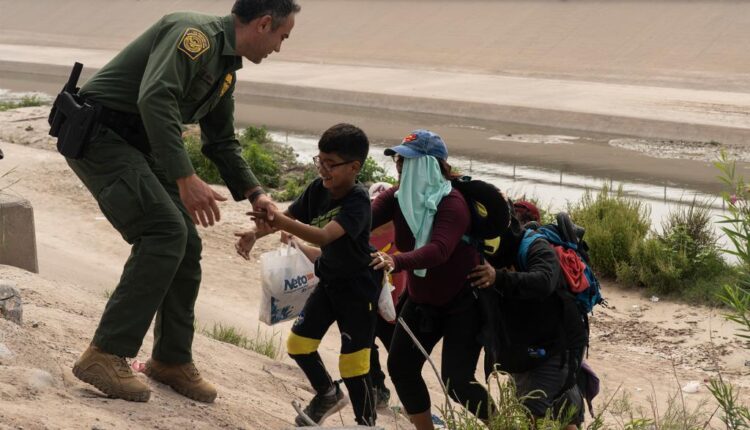 The New York Post reports that the White House has pressured local officials in El Paso, Texas, not to declare a state of emergency in response to massive DHS releases of illegal migrants in that border city.

With immigration surging as an issue just three weeks before midterm elections that will determine control of Congress, it looks like politics is driving the administration’s response. In a New York Times/Siena poll released on October 17, “immigration” was the fourth leading issue (out of 20 choices) on the minds of likely voters, tied with abortion. That’s a huge jump from similar polling conducted in mid-July, when more than twice as many respondents were as concerned about abortion as cared about immigration.

What has spurred voters’ sudden interest in immigration? Thanks to the administration’s refusal — in a break with every prior one — to deter people from entering the United States illegally, Border Patrol agents at the Southwest border set a new apprehension record in FY 2021, which they broke just 10 months into FY 2022. Although CDC public-health orders issued pursuant to Title 42 of the U.S. Code in response to the COVID-19 pandemic direct CBP to expel all those migrants from the United States, Biden has increasingly refused to comply, even in the face of a May 20 federal court order requiring the administration to keep Title 42 in place.

More than 181,000 illegal migrants were apprehended by agents at the Southwest border in August, but fewer than 40% (just over 71,000) were expelled under Title 42. The rest were processed for removal, and most of them were released into the United States. All told under Biden, more than 1.3 million migrants caught by Border Patrol at the U.S.-Mexico line have been released, not counting nearly 900,000 others who avoided apprehension in the past two fiscal years. Nearly all will be here indefinitely, if not forever.

That doesn’t even include the human cost. Fox News reported in mid-September that 782 migrants had died at the Southwest border in FY 2022, more than triple the total number of border deaths in FY 2020.

That pushed the border onto the front pages of media outlets that had largely ignored the migrant crisis, and complaints by D.C. Mayor Muriel Bowser, NYC Mayor Eric Adams, and Chicago Mayor Lori Lightfoot — all Democrats — about the “difficulties” they were having in dealing with this migrant influx kept the story going.

They should try governing Del Rio, Texas, a city of fewer than 35,000 that had to accommodate 15,000 migrants who had crossed the Rio Grande illegally last September.

With the midterms just three weeks’ away, it’s no wonder the Biden administration wants El Paso to keep its migrant woes under wraps. But more effective administration border policies, rather than an apparent White House cover-up, would serve the electorate much better.