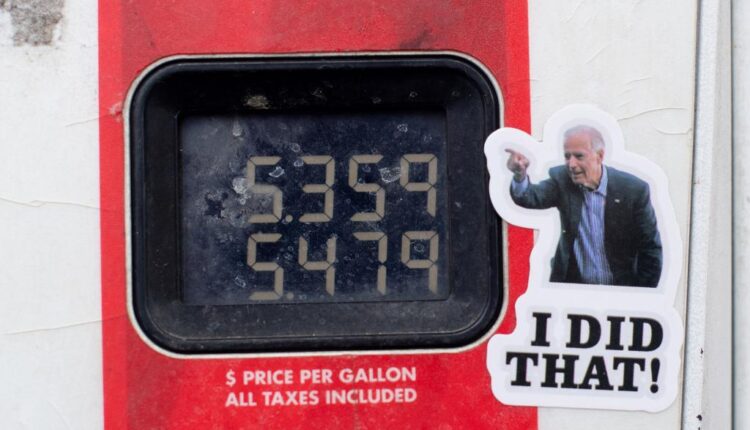 Team Biden displayed some rare honesty Thursday, essentially admitting the prez is fine with high gasoline prices — he just doesn’t want them to hurt Democrats in the midterms.

Rather than deny Saudi claims that Washington had only asked for a month’s delay of OPEC+ plans to cut oil production, National Security Council spokesman John Kirby confessed: “We presented Saudi Arabia with an analysis” that showed OPEC “could easily wait” until its next meeting before its planned reductions. And that next meeting is Dec. 4, after America votes.

Our own Michael Goodwin rightly and thoroughly flagged one outrage here: This is a clear case of asking a foreign power to interfere in US elections, exactly the charge Democrats used to impeach President Donald Trump. So let us beat home another obscenity: This is further proof that no amount of American suffering will end President Joe Biden’s war on gas and oil.

The only difference is that he used to be open about it. In 2020, when gas prices were low under Trump, Biden publicly “guaranteed” he’d completely “end fossil fuel.” Debating Trump, he said he’d “transition” the oil industry to death. As late as this May, he cheered the soaring gas costs clobbering motorists: “We’ll be less reliant on fossil fuels when this is all over.”

And, for all his claims to be doing everything in his power to bring prices down, he hasn’t relented in his war on domestic production. It’s all been temporary gimmicks, like depleting the Strategic Oil Reserve and asking the Saudis to wait a single month, plus dubious moves like reaching out to Iranian and Venezuelan tyrannies to boost US imports.

It recalls then-President Barack Obama’s open-mic 2012 oopsie, “confidentially” telling Russia’s Dmitry Medvedev to “tell Vladmir” he’d have “more flexibility” to give Putin what he wanted once the election was over. Obama plainly feared telling Americans his real views; Biden’s loud complaints about the Saudis now fit the same script.

Soaring energy prices are one of voters’ top concerns, yet Biden’s only interest is in snowing the public with gimmicks like a one-month OPEC+ delay on cutting supplies and pretending that rising prices are all Putin’s fault.

The president and his entire party won’t abandon green extremism, but try to deceive the nation about it. (Heck, they just labeled their huge green-energy corporate-welfare bill “The Inflation Reduction Act” when it did nothing to cut inflation.) That leaves any American who wants energy prices to stop soaring no choice but to vote for every Republican in sight in November’s elections.

Everyone Downplays Jan. 6, Blame the Feds for Adderall Shortage