Biden screws the frugal, America’s real polarization and other commentary 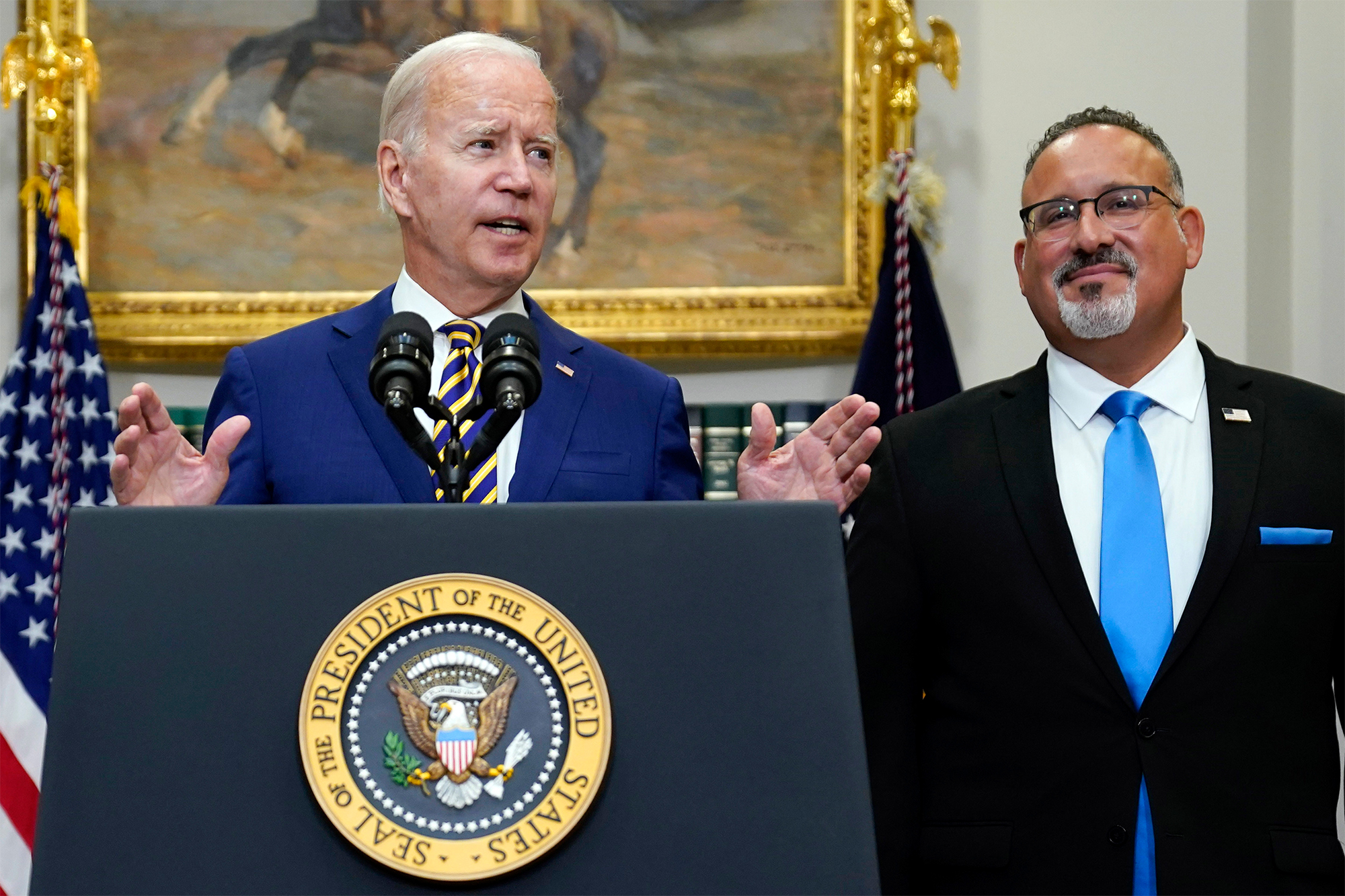 The problem with President Biden’s student-loan forgiveness “runs far beyond finances,” fumes Fiona Harrigan at Reason: Consider the “many college graduates who made strategic choices to avoid taking on debt in the first place.” Her parents “convinced me that starting my adult life that far in the hole wasn’t worth the tradeoff.” So she “quietly retired the list of schools I truly wanted to attend.” With “$35,000 annually in merit aid” and “some strategic choices, my college education never cost more than $2,000 per year.” “I never lived on campus. I took on heavy course loads and cashed in on AP credits to finish school a semester early. . . . At times, I worked three jobs to afford travel to internship and conference opportunities, as well as the nontuition costs of my education.” Now she’s “wondering which opportunities I unnecessarily gave up in the name of saving and scrimping.”

Obsessing about “partisan polarization” misses “the real division” now, argues Michael McKenna at The Washington Times: “the chasm between those for whom society and its institutions are working just fine and those for whom society and its institutions are either not working at all or are actively working against.” That holds not just for the Biden “student loan disaster,” which makes “the working class pay for the education of the well-off,” but also “Inflation Reduction Act” spending: “Just about all of the $380 billion . . . will wind up in the pockets of company executives, stockholders and those well-off enough to buy electric vehicles (average price now more than $66,000), cutting-edge heat pumps, solar panels.” Add the bipartisan CHIPS “legislation in which Congress gave $75 billion to semiconductor manufacturers that, combined, have made nearly $250 billion in profits in the last five years.”

Pandemic journal: No Djokovic at US Open

Novak Djokovic is “arguably the world’s greatest tennis player,” but “tennis fans won’t see him on one of its biggest stages at the U.S. Open” as the feds won’t let unvaccinated noncitizens into America, complains The Hill’s Joe Concha. “And it’s all for nothing”: Djokovic has natural immunity from 2020 and 2021 COVID bouts. And “we’re seeing triple-vaccinated people contracting coronavirus.” If it’s “about public health and safety,” “explain why Djokovic, nowhere near anyone on a court, cannot play while more than 23,000 fans fill Arthur Ashe Stadium” without “showing the same vaccination card Djokovic is required to present.”

Ron DeSantis’ Democratic opponent, Rep. Charlie Crist, “seems determined to lose” Florida’s race for governor, smirks Corey DeAngelis at The Wall Street Journal: As his running mate, he chose Karla Hernández-Mats, president of Miami’s United Teachers of Dade and America Federation of Teachers veep. She and the UTD opposed school reopenings in 2020, and the AFT “successfully lobbied the Centers for Disease Control and Prevention to tighten school-reopening guidelines, which kept schools elsewhere closed.” She has also “publicly disdained parents” and opposed school choice. “Crist might have learned something from Virginia, where Democrat Terry McAuliffe last year failed to regain the governorship” after saying he didn’t think parents should be telling schools what to teach.

“For the Left, Donald Trump is synonymous with ‘fascism’ ” yet did Trump “illegally” nullify $300 billion” in student-loan debt to shore up his base before the midterms? asks Victor Davis Hanson at American Greatness. Or “weaponize the IRS” — sic it on Joe or Hunter Biden, amid evidence of possible corruption on the son’s laptop? “Weaponize the FBI”? Did agents’ texts discuss how to stop Biden’s election bid? Did the ex-prez order a raid on President Barack Obama or Biden’s homes? “In fact, of the last three presidents, Trump was either the most inept or indifferent, or the most obstructed” in using government agencies “for his own partisan political advantage.”