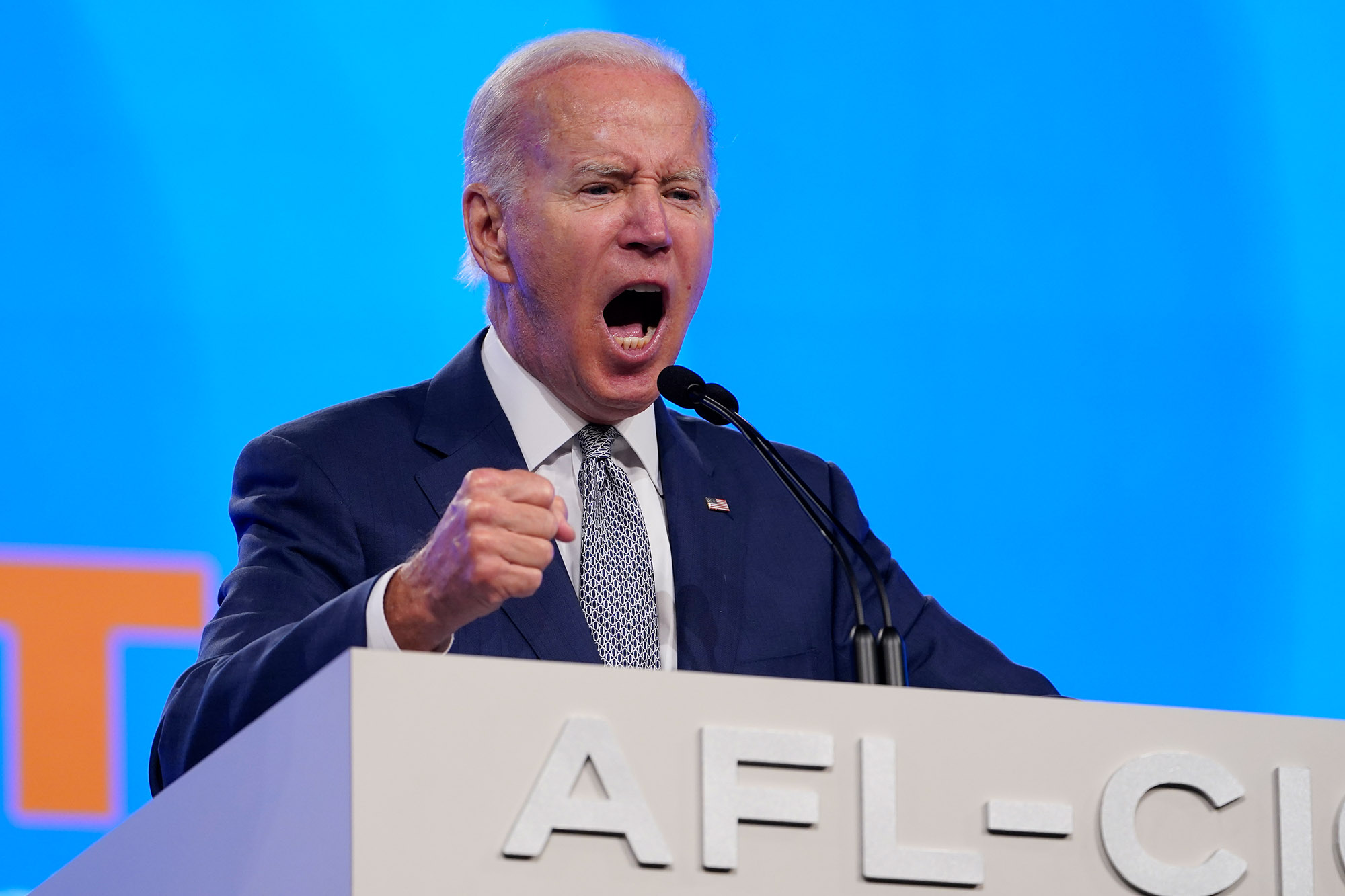 The president doubled down Tuesday on his economic delusions for a crowd of union members in Philly: “I don’t want to hear any more of these lies about reckless spending. We are changing people’s lives.”

His policy has changed people’s lives: for the worse, by sticking Americans with crushing inflation, a tanking stock market and a looming recession — precisely through his reckless spending, his war on the US energy industry and other policies.

He also took the time to try to blame Donald Trump for the policy failures of Biden’s own Democratic Party colleagues during COVID. There were “ordinary people waiting in line for an hour for a box of food,” Biden huffed about Trump. Well, there were — but only because blue-state governors and national Democrats went into DefCon-4 over the virus and demanded lockdowns that restricted supply and wrecked the record job growth his predecessor had overseen.

We have yet to recover from that, by the way. Giving the lie to another standard piece of Biden propaganda, his claim to have created 8-odd million jobs: He’s created nary a one, just presided over an anemic recovery that’s still left us shy of the pre-COVID mark.

He even took up a favorite pastime: stealing, er, borrowing from left-wing British politicians. In 1987 it was Neil Kinnock; 35 years later it’s Jeremy Corbyn. Biden cried, “America still has a choice to make — a choice between a government by the few for the few,” a blatant knock-off of Corbyn’s 2017 Labor manifesto tagline “For the many, not the few.”

Bottom line: Our president is in complete denial about both the perilous state of the US economy and where the blame for it lies. Until he gets his head out of … the clouds, inflation and all our other economic woes are only going to get worse.

As Ukraine war enters pivotal phase, Biden must flex his power before it’s too late