Biden hates Republicans so much, he would rather give oil money to Venezuela and Saudi Arabia than Texas 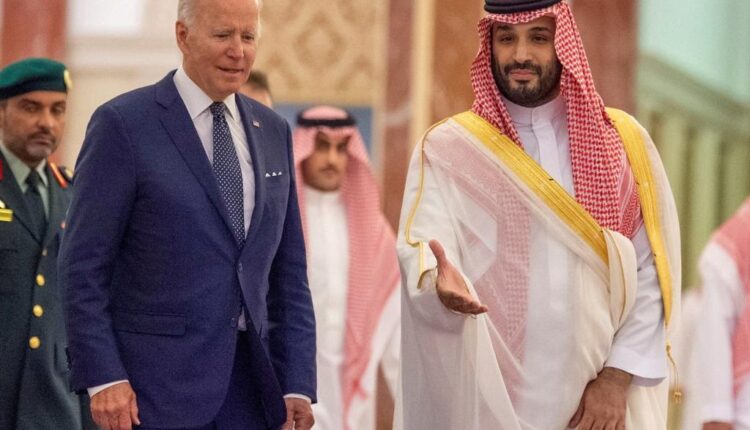 The Biden administration has produced so many national disasters, from the mishandling of COVID to the calamitous Afghan pullout to the runaway spending that’s led to runaway inflation to the explosion of crime in cities across America, that it’s hard to pick its biggest blunder. But President Biden’s handling of oil production could very well be the worst.

Just look at where we are. When Biden took office — not even two years ago — oil and gas were plentiful and cheap. The United States had recently become, thanks to fracking, a net energy exporter for the first time in 50 years.

Now Democrats and the media are trying to pretend that presidents have nothing to do with the price of oil and gas. But in fact, Biden shut down drilling, shut down pipelines and, with help from the “environmental and social governance” crowd in the financial industry, shut down capital to the fossil fuel industry.

Shockingly, prices skyrocketed for gasoline, diesel fuel, home heating oil and natural gas, with knock-on increases in costs for food, transportation, manufacturing, chemicals and electricity. Then sanctions on Russian oil sent prices even higher, with no spare US production to pick up the slack anymore.

At first Team Biden celebrated these price increases, noting they would encourage consumers to use less energy and buy new, more efficient vehicles and appliances.

Then somebody in the White House noticed that “consumers” are also “voters,” and with the midterm elections coming up, voters weren’t too happy about paying more for life’s necessities.

With that Captain Obvious-level realization hitting home, the White House has been scrambling to bring prices down.

When that wasn’t enough, Biden went crawling to the Saudis and OPEC to try to get them to increase their production. This might have worked better if Biden hadn’t already called the Saudis a “pariah state,” which oddly didn’t sit well with the kingdom. Biden also suspended weapons sales to the country and released embarrassing intelligence about the Saudi war in Yemen and the death of Jamal Khashoggi.

A “seasoned, experienced statesman,” of the sort Biden used to pretend to be back when he could string two sentences together, might have thought about the possibility that we might need something from the Saudis some day, but Biden and his handlers apparently can’t look past the news cycle.

With gas-pump prices looking to soar just in time for the midterms, the White House suddenly went into overdrive, trying to persuade the Saudis and OPEC to increase production or at least not cut it. It failed miserably. As CNN reported: The White House was “having a spasm and panicking.”

As well it might. It’s been a tough year for consumers, inflation is killing household budgets, and according to KPMG, 91% of top CEOs expect a long, tough recession. The Biden administration is even ready to reduce sanctions on Venezuela to get more oil flowing. So it’s desperate. But not desperate enough to undo the damage it’s done to the domestic oil industry, which is the first thing it’d do if it were serious.

Why not? There are a lot of reasons. Greens, who dominate the Democrats, don’t like fossil fuels. But there’s no reason to think that Saudi, Russian or Venezuelan oil is any better for the planet than American oil. It’s just a question of whether the money goes to Saudis, Russians or Venezuelans or to Americans.

And I suspect that’s the real problem. The domestic oil industry enriches people — and states — Democrats don’t like. Money going to Saudis, Russians or Venezuelans is one thing, but money going to Texans, Oklahomans or South Dakotans is another. Truth is, red states and their inhabitants rank higher on the administration’s enemies list than do shady foreign nations.

Watching the White House flail desperately to avoid the consequences of its own actions has a certain charm. But the problem is that those consequences, as usual, fall upon Americans. It would be nice to have a White House that served all Americans instead of waging economic war on them. We don’t have one of those.

No, Biden, the discussion about climate change hasn’t ‘ended’