Biden has delusions of grandeur — not to mention delusions 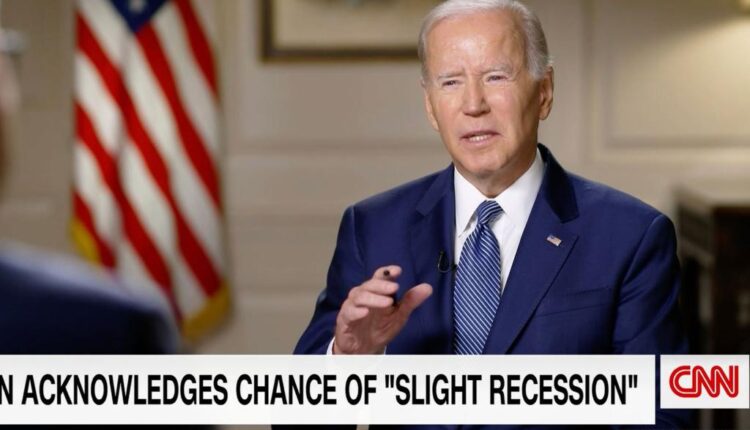 Which is it, Mr. President? In successive sentences, you tell Jake Tapper that Vladimir Putin is a “rational actor who miscalculated significantly,” and then say the speech he gave on the eve of the invasion of Ukraine was “irrational.”

In one of his rare interviews, the president demonstrated that his 50 years of political experience and his unprecedented access to intelligence reports and classified military knowledge have made him no wiser or even all that better-informed than any garden-variety pundit (me included) sitting around sucking on a thumb and speculating about Putin’s motives.

That could explain his bewildering behavior over the past week, when he made rich Democrats choke on their canapes at a high-level fundraiser by musing on how we were closer to Armageddon than at any point since the Cuban Missile Crisis.

He tried to explain to Tapper that he was simply trying to make clear how the use of a nuclear weapon, however small, might lead to a series of cascading events that would blow the world up.

This is a bizarre thing for a president to muse about off-handedly, whether in front of wealthy New Yorkers with safe rooms in their townhouses or the three people in America who watch CNN. Bizarre, except when you think about why Biden might actually find it exciting to have people draw a parallel between now and those 13 days in 1962 when the world was on the brink.

Early in his presidency Biden’s head was turned by pseudo-historians telling him he could be FDR or LBJ. Think about it: If this is the Cuban Missile Crisis rebooted, guess what three initials he gets to appropriate in this crisis? JFK.

Nice for him but hardly reassuring for the rest of us. And there was precious little reassurance throughout his time talking to Tapper. Are we in danger of falling into recession?

No, Biden said. “They’ve been saying this,” said Biden, “every six months they’ve been saying this . . . it hasn’t happened yet . . . there is no guarantee that there will be a recession.” The problem: by the standard definition of the word as understood over the past five decades, we already got there on August 6, when the Bureau of Economic Analysis reported a second straight quarter of economic contraction.

He then said that if there were a recession, it would be “very slight.” Just like inflation was “transitory,” and the pullout of Afghanistan would be “orderly.”

Oh, and he’s proud of his son, a “kid” of 52, who, he says, has overcome his addictions. That’s heartening, but has nothing to do with the possibility Hunter Biden will be indicted for failing to report income on his taxes as well as lying on a gun-registry form about his drug use. The president talked about the gun-license matter — claiming, in effect, that Hunter’s own honesty in his memoir about signing the form is what has gotten him into trouble and therefore I guess he should get a pass on it.

He didn’t talk about the tax matter, which is obviously far more serious.

You can’t blame him. It’s his son. But you can’t credit him either.

Apple Card launches another referral program where you get nothing