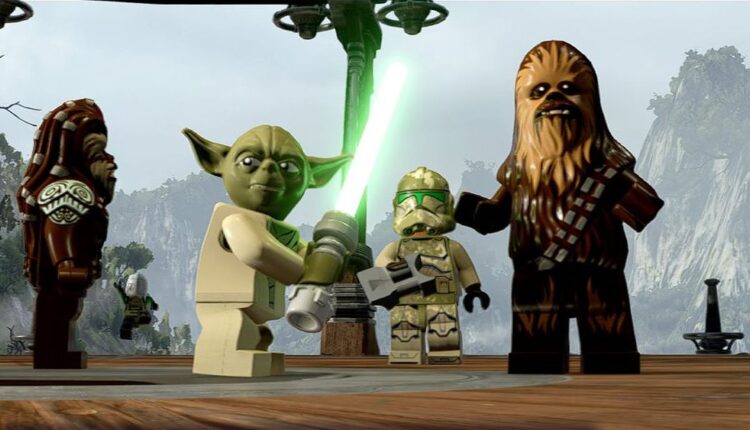 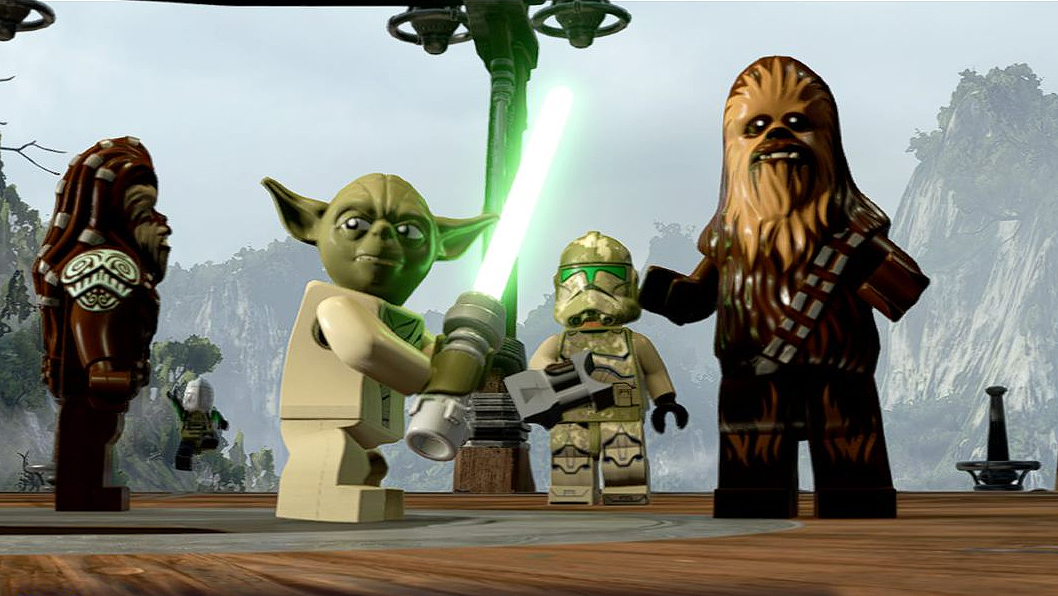 Star Wars is one of the biggest entertainment franchises on the planet, with numerous games across numerous systems. Over the last few years, we’ve seen several newfound big hitters as well as ports of older titles making a resurgence. While the Nintendo Switch hasn’t received as many Star Wars games as other platforms, there are still plenty of classic games that have been ported over to Nintendo’s hybrid platform. Here are the best Star Wars games on Nintendo Switch.

First revealed back at E3 2019, LEGO Star Wars: The Skywalker Saga is finally here, providing the most all-encompassing LEGO Star Wars adventure yet. Players can solve puzzles and collect characters as they make their way through levels based on all nine mainline Star Wars films. Don’t let the fact that it’s a LEGO game raise your eyebrows, as this is a great-looking game that pushes what is technologically possible on the Nintendo Switch.

First released back in 2005, Republic Commando is much darker than most Star Wars games. Far away from the ideals of the Jedi, Delta Squad moves quietly, taking on secretive missions as part of the Clone Wars. Using intuitive squad controls as Boss, players can order their teammates to do almost anything. They can provide covering fire, hack a sealed door, provide sniper overwatch or even go heal up between fights.

If you’ve never played Star Wars Republic Commando and you’re in the mood for a first-person shooter, grabbing this for your Nintendo Switch is a must. Developer and publisher Aspyr tweaked the game to support modern widescreen visuals for this new release.

Developed by BioWare and released in 2003, Star Wars: Knights of the Old Republic is heralded as one of the most influential role-playing games of all time, for very good reason. The story and characters are well-written and while the somewhat turn-based gameplay hasn’t aged the best for its time, it translated the D20 tabletop system fairly well.

As a new Jedi, you’ll have to fight against the Sith thousands of years before the events of the films. Also, since the Knights of the Old Republic remake has been revealed, this is a great time to play through the original adventure.

If you’ve got the itch to play some pinball, your Nintendo Switch has you covered. With this entry, you can indulge your love of Star Wars as well. Different backgrounds celebrate different characters and planets from across Star Wars history, such as Han Solo or Jabba’s Palace on Tatooine. There’s even a career mode, allowing players to earn special shards that unlock unique bonuses, increasing multipliers and thus letting you hit even bigger high scores.

If you loved the Podracing in Star Wars Episode I: The Phantom Menace, then this is the game for you. Episode One: Racer allows players to collect different Podracing craft, competing against other racers on some hazardous maps, including the Boonta Classic of Tatooine and the dark circuits on Malastare. Using the winnings from your races, you can purchase new parts, tweaking your vehicle to better dominate the competition.

This Nintendo Switch port of the game by Aspyr includes motion controllers, better leveraging the technology in the Joy-Cons, which in turn makes the game feel far less dated to actually play.

Sequel to Star Wars Jedi Knight: Dark Forces 2, Star Wars Jedi Knight 2: Jedi Outcast was originally developed by Raven Software. As Star Wars Legends hero Kyle Katarn, players have to fight off a threat to the New Republic using their lightsaber and other weapons. The game’s expansive single-player story is well worth checking out, especially since Aspyr (as with other older Star Wars games) has taken the time to modernize the game’s control scheme on the Nintendo Switch.

If you enjoyed past Star Wars games, playing as a Jedi, then Academy is the next big step. In Jedi Academy, you get to create your unique Jedi, crafting a single or double-bladed lightsaber. As a new student in this Star Wars Legends journey, you’ll learn the ways of the Force from Luke Skywalker as a Jedi trainee.

When you’re ready, you can step into the online combat, playing modes like Capture the Flag or brawling in chaotic Free for All. On Nintendo Switch, this modern version of the game supports up to 16 players online, meaning the lightsaber duels of your dreams await.

This is an absolute classic that many have deemed to have one of the best plots of any Star Wars game ever made. You take on the role of a young man known as  Starkiller, who becomes Darth Vader’s secret apprentice after the Sith Lord kills your Jedi father.

What follows is a complicated set of events that will tug at your character’s moral compass. Do you follow the commands of your master and choose the Dark Side? Or will you ultimately work against him as you fight unwaveringly for the Light Side. The decisions you make change the course of the story.

A far more recent game than most, Star Wars Hunters is an upcoming free-to-play game developed and published by Zynga. Set in Star Wars canon sometime after the fall of the Empire, Star Wars Hunters follows so-called Hunters competing in The Arena for fame, fortune, and possibly even more. Each character has unique abilities, with advantages and disadvantages compared to the others.

Star Wars Hunters is currently slated to arrive on Nintendo Switch, Android, and iOS at some point in 2023.

This is where the fun begins

Between all of the action games and sci-fi adventures on the Nintendo Switch, there aren’t as many Star Wars games to choose from as there are on other platforms, as the console simply can’t run a lot of the more modern games, such as Star Wars Jedi: Fallen Order. With that said, if you like ports of the older classics, there are some good games to grab.

As for where to start, there are a couple of standout titles. In particular, you’ve got to grab Star Wars: Republic Commando. Not only does it present a darker side of Star Wars not explored frequently, but it’s also just a good first-person shooter with some strong squad AI.

If something more story-focused is your style, then check out Star Wars: Knights of the Old Republic. The gameplay is a tad dated but the story and characters (which were always the game’s main strength) still hold up incredibly well, so ahead of the upcoming timed PS5 console exclusive remake, you should try the original game.

How to Spot a Trustworthy Dealership