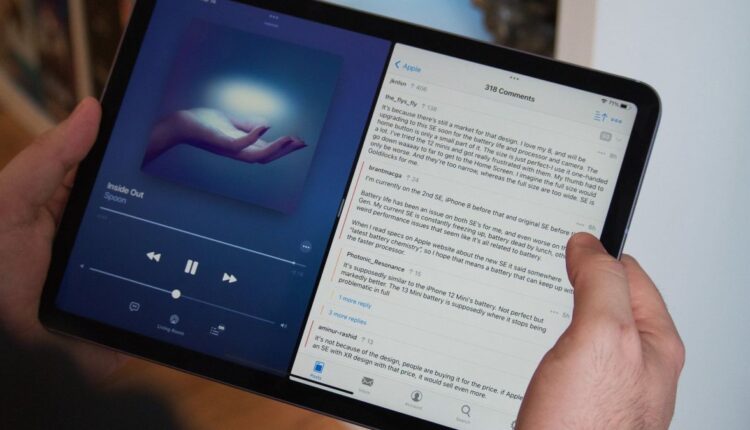 The iPad has long been in a strange position in Apple’s lineup. Halfway between being a “big iPhone” and something close to a Mac, the best remote work apps for iPad can make it more powerful than you ever thought possible.

Apple has been trying to legitimize the iPad as a “pro” device for years, too, with iPadOS breaking free from iOS (although often seemingly just in name), and Apple adding the M1 chip to the iPad Air and Pro. Then there’s the expensive Magic Keyboard, and system-wide trackpad support, too.

While iPadOS 16 will add features specifically for M1 iPads like the multi-tasking Stage Manager for iPad option, this page will highlight some of the best professional applications you can run on everything from the base iPad, all the way up to the best iPad, the most expensive iPad Pro.

With that in mind, here are the best apps to help you get work done on your iPad, whether you’re in the office or at home.

If you’re working at a computer, there’s a good chance there’s at least one component of Microsoft Office involved. While Apple’s Pages, Numbers, and Keynote have come a long way, many workplaces are very happy with Word, Excel, and Powerpoint – and for very good reason. All of them are solid, easy to use, and run well on Apple hardware, including the iPad.

After some squabbles early in the iPad’s lifecycle, Microsoft’s suite plays nicely on all Apple platforms, with Outlook’s iPad and iOS version worth extra praise for being one of the best mobile email apps out there.

Don’t forget you can pick up wherever you leave off, too thanks to cloud compatibility – something that’ll be a theme in this list.

Ok, so it’s another slate of apps rather than a singular option, but if your employer doesn’t use Microsoft Office, it could be because they’ve opted for Google’s solution instead.

With Docs, Slides, Sheets, and Drive becoming key tools in collaborative workspaces, it’s good to know that all of them run very well on Apple devices. Each has support for multiple Google accounts, too, so if you need to dip and dive between different accounts, you can do so with a few taps.

With so many people working remotely, it’d be fair to say that Slack has become a very important piece of many workplaces. While the iOS app can be a little fiddly thanks to so many tabs and pieces of info on a relatively small screen, the iPadOS version has no such issue.

Whether you’re a single workspace user, or a multi-company power user that’s constantly creating new channels, Slack on iPad is a good-looking app that’s well laid out and very reliable.

Apple offers its own password manager, but it’d be fair to say that if you’re serious about the security of your accounts, you’ll want to invest in a third-party option.

The two big names in this space are LastPass and 1Password, but both work in similar ways. You essentially create a vault for your password data, which you lock with a single secure password key. You can add secure notes, like medical info, and generate fresh passwords from within the apps themselves.

Once you’ve used one for a couple of weeks, you’ll be surprised by how much you come to rely on them.

Task managers may not be to everyone’s needs, but if you’re anything like us, you’ll want somewhere to dump all of your thoughts and to-dos before you forget them. With that in mind, we’d recommend Things 3 for iPad.

It’s not only an excellent task manager that works across iPad, iPhone, Mac, and the best Apple Watch wearables, but it’s so beautifully designed that you won’t be able to resist using it. With neat touches like a draggable “plus” button that makes use of the touch interface and comprehensive widget support, it’s a gorgeous app that’s worth the price of admission.

Apple’s Mail app keeps getting better, but it’s still just not quite as easy to use as a lot of third-party options.

Spark, a free email alternative, looks closer to Apple Mail than a lot of more daring email apps, but it essentially acts as a much faster, smoother version of the stock option. Search is almost instant, you can swipe between email signatures in a split second, and there are powerful options like collaborative replies and email templates, too.

If you work with any amount of text, you’ll know that some apps can feel cluttered and stifle your creativity. Drafts is the perfect tonic for this, offering a relatively sparse editor that’s the perfect place to jot down notes, or start writing an essay, and everything in between.

What makes Drafts special is its suite of “actions”, though, letting you instantly send what you’ve written as an email, send to a task manager, or any number of options. The app’s community and developers are constantly building new actions, too, meaning it keeps getting better over time.

On a similar topic of jotting things down, GoodNotes is a great app for showcasing the Apple Pencil in a professional environment. You don’t need to be an artist here – just get scribbling.

There are smart features like converting your scribbles to digital text, a presentation mode for sharing, and iCloud syncing between devices, but it’s also a really straightforward and easy-to-use way of scribbling things down more quickly than you can with a keyboard.

There are hundreds more productivity and workplace apps to consider for iPad — if you’re in the creative industries for instance, you shouldn’t be without Adobe’s Creative Cloud suite, while coders will want to familiarise themselves with the available Swift coding apps. But as a starter for 10, the above list will tick the boxes for most offices. Enjoy!

Using an iPhone VPN? You’re not as secure as you think