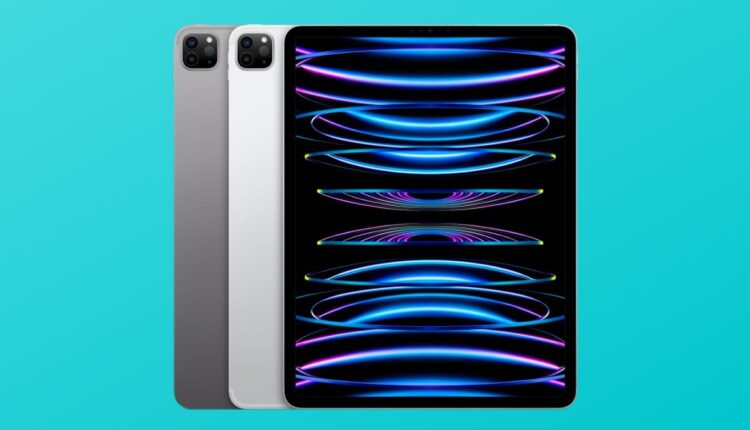 The iPad Pro is an absolute powerhouse with the M2 (or M1) chip that easily allows heavy workflows like editing 4K videos.  The iPad Air 5 is powerful enough, thanks to its M-series chip, but has fewer bells and whistles to keep costs down. And don’t forget about the iPad (2022), which just got a huge design refresh to be the ultimate iPad for most people. This iPad lineup is the most complete it has ever been and proves why the iPad is so highly-regarding in the tablet market.

The good news is you don’t have to wait until Black Friday to get a deal on a new iPad. Some of the best Black Friday iPad deals are already here!

Last years iPad (2021) is the iPad that many people will, and should, buy. It’s better than the previous model, has a few cool new features, and will last you years barring any major accidents. As long as you aren’t expecting any “pro” features and are okay with the old design, the iPad (2021) is a near-perfect tablet for everyone. Since its release last year we have seen a few excellent discounts, so we reckon you can expect some great prices over Black Friday this year.

The iPad Air recently saw an update earlier this year, making it one of the most compelling tablets in the iPad lineup. Ditching the A15 Bionic, the iPad Air 2022 gained the same M1 chip as the iPad Pro, beefing up its performance and making its bigger counterparts seem slightly too expensive. There’s still Apple Pencil 2 support, as well as a handy keyboard addition so you can almost replace your laptop with it.

If you’re in need of a larger display with oodles of power, but don’t want to spend loads of money on an iPad Pro, then the iPad Air 2022 should suit you to a tee – especially if you can score a deal on one.

The new iPad Pro is here – bringing reams and reams of power with it. It’s not quite out yet, but it will have an M2 chip and even more RAM. There are also flagship features like pro-grade cameras, LiDAR, Wi-Fi 6, and 5G. Plus, you can get up to 2TB of storage space. These devices are the current top-of-the-line iPad and are full-on laptop replacements for many people these days, especially when you combine it with something like a keyboard case.

Looks like as well that even though the iPad Pro M2 is very new, we’ve still got a discount – there’s a nice $50 discount at Amazon.

The iPad Mini 6 received a significant update last year, bringing a new design more similar to the iPad Pro and iPad Air. Now there’s a bigger screen with much thinner bezels, as well as support for Apple Pencil 2. There’s an A15 Bionic under the shell keeping everything going, so you won’t be wanting for power at any point.

The little tablet has seen some fantastic deals over the last year, so we think you can expect some great prices at a range of retailers over the Black Friday weekend.

Where do I find the best Black Friday iPad deals?

Whether you’re looking for the lowest prices on the base iPad or the best deals on the most expensive iPad Pro, you don’t have to look much further than right here. We’ve been keeping tabs on iPad deals for months, so we know the good deals on all models of iPads when we see them.

When do the Black Friday iPad deals begin?

Officially, Black Friday will kick off on Nov. 25 this year, and there are already some deals available. This is when many stores offer the lowest prices of the year on some models.