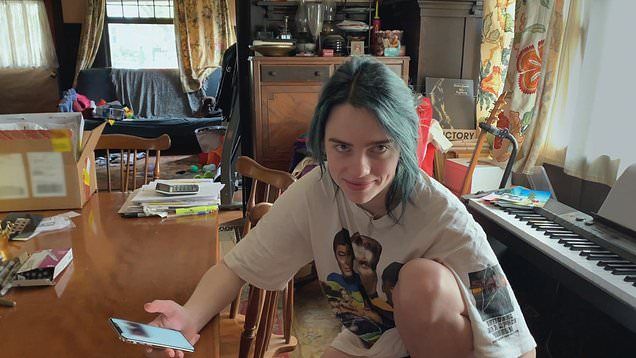 Apple TV Plus is best known perhaps for its award-winning dramas and big TV hits like Severance, Ted Lasso and For All Mankind. But the service now boasts a range of brilliant documentaries alongside its offering of movies and TV shows.

If you purchase a new iPhone, iPad, Apple TV 4K, or Mac, you’ll get a free Apple TV Plus trial offer for three months and it is most definitely worth giving the free trial a go.

If you enjoy the free trial and decide to invest, or if you’re just on the lookout for some new shows, movies, and documentaries to try out, then Apple TV Plus will set you back about $7 per month.

For that price, you’ll get the best Apple TV Plus movies, movies like the Oscar-winning Coda and the new festive spectacular Spirited. You’ll also get access to the best Apple TV Plus shows, and you can also create a custom bundle with Apple One that includes all of the Apple TV Plus content as well as Apple Music, Apple Arcade, Apple News Plus, Apple Fitness Plus, and iCloud Plus.

But, to go alongside all those great shows and movies, Apple TV Plus also has a brilliant roster of documentaries. A diverse range, with prehistoric epics, pop odysseys, spectacular nature series, and political deep-dives all part of the rich tapestry, you’re sure to find something to pique your interest.

We’ve rounded up eight of the finest documentaries on the service, so here, without further ado, are the best Apple TV Plus documentaries for you to check out.

Perhaps Apple’s best-loved documentary thus far, there have been two six-episode runs of Tiny World, with one coming in 2020 and a second in 2021.

Narrated by actor Paul Rudd, the show uses groundbreaking new technology to document the activities and fight for survival of some of the smallest creatures on Planet Earth, heading into deserts, jungles, and forests to do so.

Charmingly delivered and spectacular to watch, it’s no wonder people are actively campaigning for a third season of the show.

Bruce Springsteen’s Letter to You

In late 2019, legendary rocker Bruce Springsteen gathered The E Street Band together to make an album in just five days. In the end, it took them just four.

This documentary goes inside the recording process of the album, an album which followed a lengthy period of writer’s block for Springsteen, a block that was finally broken after he returned to revisit material originally written prior to his 1973 debut album, Greetings from Asbury Park, N. J.

Shot lovingly in black and white, the movie is directed by Thom Zimny, a longtime collaborator of Springsteen’s.

Eccentric filmmaker Werner Herzog and Clive Oppenheimer, a world-renowned Professor of Volcanology, come together to make this film, which chronicles how meteorites have impacted our planet’s landscapes and cultures.

Filmed across 12 different locations on six different continents, the documentary is a strange blend of hard science and Herzog’s fascination with human foibles. This widescreen, globe-trotting epic has to be seen to be believed.

Chiwetel Ejiofor narrates this charming documentary which follows the journey of a family of elephants in the African savannah when a drought forces them to leave their waterhole and travel 200 miles in search of a new source of water.

If it’s hard to imagine yourself getting sucked in by the story of an elephant family, trust us, once you spend a few minutes with Athena, the majestic matriarch of the herd, and her multi-generational family, you’ll be totally captivated.

The rapid rise to fame of singer Billie Eilish is documented here as we’re taken behind the scenes of the creative process on her debut studio album When We All Fall Asleep, Where Do We Go?

A record she made at home with her producer brother Finneas, the album featured giant hit single ‘Bad Guy’ and made Eilish a household name, and that process is documented here.

Directed by R. J. Cutler, whose previous credits include the fashion tell-all The September Issue, the feature ignores conventional narrative and brings together a series of vignettes of Eilish in the studio, on stage, and just living her life. Somehow though it all comes together to look at the spark and vulnerability of pop’s newest superstar.

The Beastie Boys’ story, that of how scrappy New York trio Mike Diamond, Adam Horovitz, and the sadly departed Adam Yauch grew from small-time rappers to one of the biggest bands in the world is told here, elegantly, delicately, and fondly.

Made by Spike Jonze, a close friend of the band, the movie is anchored in a live performance at the Kings Theatre in Brooklyn, New York, and adapted from Beastie Boys Book, a memoir of the Beastie Boys, with Diamond and Horowitz reliving their lives in the band and playing never-before-seen footage to the audience.

Jonze skillfully blends the live footage and the archive to create a movie that’s coherent, lively, heartwarming, and full of spirit.

1971: The Year That Music Changed Everything

1971 was one hell of a year, politically, culturally, and musically, and the latter is profiled in detail in this eight-part series.

Featuring never-before-seen footage of The Rolling Stones, Aretha Franklin, Bob Marley, Marvin Gaye, The Who, Joni Mitchell, Lou Reed, and many others, the series brings together the biggest names in music to talk about how the political turmoil and swirling air of rebellion of that year gave rise to so many brilliant songs.

Directed by Asif Kapadia, the man behind the heartbreaking Amy Winehouse documentary Amy, the series blends archive footage and interviews cleverly to build a narrative. This narrative sums up a year like no other.

Of all the documentaries on Apple TV Plus, Prehistoric Planet is easily the grandest in scale, vision, and, we’re pretty sure, budget.

Prehistoric Planet brings together the team that made Planet Earth and Dynasties for the BBC and Hollywood heavyweight Jon Favreau, the man behind Iron Man and Star Wars’ hit TV show The Mandalorian. Together, they have produced a five-part series that sits alongside those classic natural world documentaries, but with a unique twist. This time the subjects are dinosaurs.

Set 66 million years ago, the team Favreau assembled to provide visual effects for his new takes on The Jungle Book and The Lion King have recreated the prehistoric beasts and slotted them into new footage, filmed in an array of different parts of the world.

The show takes viewers to a different habitat in each episode, beginning with Coasts and cycling through Deserts, Freshwater, Ice Worlds, and Forests, all depicted in stunning detail.

Fascinating, jaw-dropping, and with a voiceover from David Attenborough, this is an absolute must-watch.