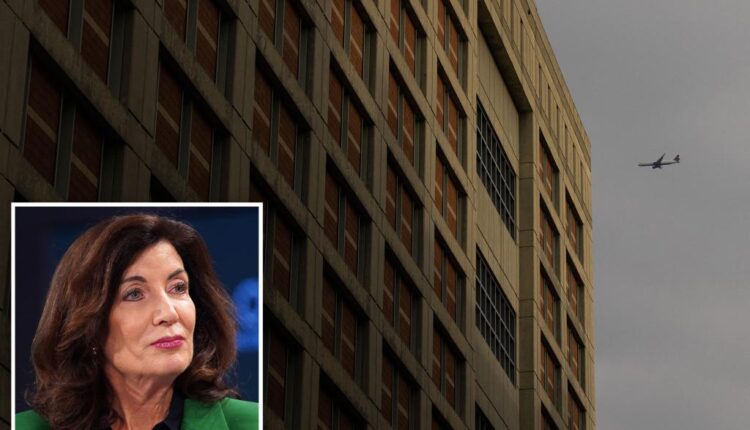 It should be a simple thing to understand: If you have more criminals on the street, you have more crime. But Gov. Kathy Hochul and our political leaders keep saying there is not enough data to show that bail reform has been a failure. Really?

In 2019, under the “old” bail laws, New York City’s crime rate fell for the 27th year in a row. Under the new bail laws, by Jan. 1, 2020, more than 2,000 career criminal repeat offenders were released from city jails. They had an average of 12 prior arrests and seven prior convictions. Just 2½ months later, before COVID, city crime rose 34% over the same period in 2019.

What a surprise! The city released almost every single defendant charged with drug dealing, car theft, burglary, street theft, and shoplifting from jail, and within weeks crime went up by double digits for the first time in almost three decades.

But oh, say bail reform advocates, newly released data from the state Division of Criminal Justice Services show that the re-arrest rates are the same after bail reform as they were before bail reform.

Well, that is not quite an accurate picture of what happened.

When bail reform was passed, the Legislature expanded a program called Supervised Release and renamed it Non-Monetary Release. It was designed to take people who would have been held on bail under the old laws and release them onto the street with conditions.

In 2019, there were 5,133 city defendants put into SR, and 39% of them were re-arrested while their case was pending. In just the first nine months of 2021, there were 10,062 NMR participants, and 40% of them were rearrested. The headlines heralded this as a success, showing “no change in the re-arrest rate.” (How they can call a program a success when 40% of the participants get re-arrested while their case is pending is beyond me.)

But when you look at the hard numbers, rather than percentages, in 2019, 166 of the NMR participants got re-arrested each month. In 2021, the number soared to 445 re-arrests a month, including more than 300 felonies each month.

This happened because judges are now required to release more people with more serious and extensive criminal records — precisely the people who are more likely to commit more crimes. These are the defendants who were more likely to be held on bail under the old laws. But these defendants were put back on the street under NMR, and substantial numbers of them went back to their lives of crime.

Court statistics show that 62% of city NMR defendants with prior records who are charged with residential burglary get re-arrested while their case is pending. The re-arrest rate is 70% for grand larceny and non-armed robbery, 79% for petit larceny, and 48% for armed robbery.

These numbers include only re-arrests while the defendant’s case is pending. They do not capture the full extent of these defendants’ criminal activity because there is no way of telling how many crimes they committed and got away with.

To claim, as many of these advocacy groups do, that New York never had a dangerousness standard that allowed judges to set bail if they perceived a defendant to be a risk to the community is extremely misleading. Pre-bail-reform, judges would set high bail on defendants they believed were a threat to the community. Everyone knew that.

Bail reform was specifically designed to prevent judges from keeping dangerous offenders in jail by prohibiting any bail at all on a host of crimes and requiring judges to set the least restrictive bail conditions to ensure the defendant returns to court.

Now we are reaping the terrible consequences of these laws.

I understand that some people and organizations are heavily invested in the appearance of success of bail reform — there are grants to protect, reputations to uphold, and ideological purity to maintain.

Incredibly, many progressives actually believe the increased violence and crime on our streets is an acceptable cost of doing business to wring perceived racism out of the criminal justice system. If your only metric for success is how many people you’ve gotten out of jail, then bail reform has been a slam dunk for you.

But after more than 2½ years of bail reform, the percentage of minorities in the city’s jail system has actually increased, while the ever-growing number of victims of murder, shootings, robbery, burglary, theft, rape, and just about every other conceivable crime continue to be overwhelmingly the innocent poor black and brown communities the reformers profess to seek to protect.

It is at once frustrating and infuriating that the advocates continue to deny the havoc these and other “reforms” have brought to this city. But it is also terribly sad for the people who are increasingly becoming victims of these misguided laws.