Awkward! Shakira & Ex Gerard Piqué sit on opposite side of stands to cheer on son at baseball game after cheating rumors – Socialite Life 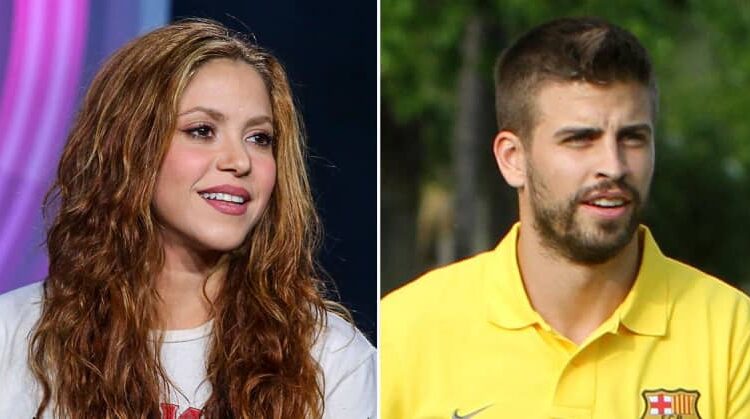 Shakira and her ex Gerard Piqué sat separately to cheer on their son Milan at the 9-year-old’sbaseball game as rumors continue to swirl he cheated on her during their 11-year relationship, causing their breakup. The Whenever, Wherever singer chose to sit on the opposite side of the stands instead of near her ex-lover, RadarOnline.com can report.

Photos captured the bitter standoff between the former couple in Valencia on Thursday. Gerard appeared to be alone, despite already having a new — and much younger — girlfriend.

Shakira arrived with her security guard and the exes’ youngest son, Sasha, 7, who seemed to be stuck in the middle as his feuding parents kept their distance from each other.

The Grammy winner — who is facing possible prison time for alleged tax evasion — kept it cool and casual for the day out to the ballpark. Wearing a jean jacket, a white t-shirt, and dark pants, Shakira accessorized with an off-white bucket hat, which, ironically, matched her ex’s baseball cap.

During the first half of Milan’s game, Sasha hung out with his mother. Putting on a brave face, Shakira smiled as she sat in the crowd surrounded by randoms and far enough away from her former love. As for Gerard, he sat solo on the opposite side of the stands, playing Daddy when Sasha wandered over to him.

The athlete covered his eyes with his sunglasses and sat without a smile. The exes did not appear to talk during or after the game in the photos obtained by Daily Mail. Shakira recently opened up about their split, which took place in June.

“I’ve remained quiet and just tried to process it all. Um, and yeah, it’s hard to talk about it, especially because I’m still going through it, and because I’m in the public eye and because our separation is not like a regular separation,” she said. Shakira said her goal is to “conceal the situation in front of my kids.”

When asked about her ex’s new relationship and the rumors he cheated, Shakira responded that the details about the end of their decade-long romance “are somehow too private to share.”

As RadarOnline.com revealed, Shakira and Piqué are currently in a war over the custody of their children, in which she claimed the footballer might use her Grammy awards as leverage.

Despite the battle, Shakira said she has “faith that we will figure out what is best for their future, their own dreams in life, and what is a fair solution for everyone involved.”

The Hips Don’t Lie singer is also gearing up to head to trial over the 14.5 million euros ($15 million) the Spanish Government claimed she owes.

Shakira insisted she was innocent and refused to take a deal. If she’s convicted, she could face 8 years behind bars. Her day in court will take place in the town of Esplugues de Llobregat near Barcelona, where she will face six counts of tax fraud.

The date of the trial has not been set.

Next iPhone SE again tipped for a massive design upgrade