Audits target average folks, not rich, how Speaker McCarthy can rule and other commentary 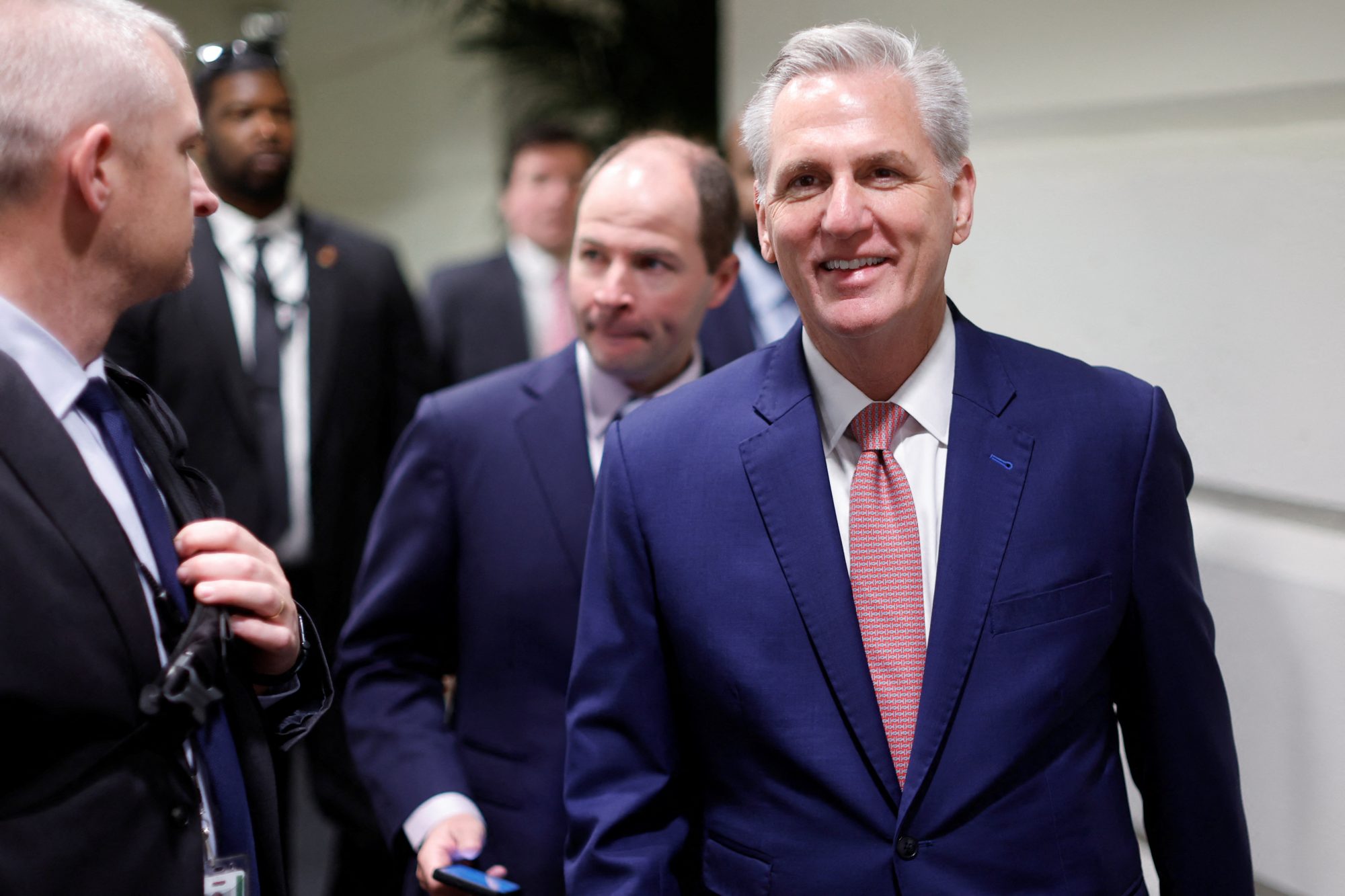 “What was the response of the Democrats when the first order of business for the Republican majority in Congress was cutting the funding for 87,000 new IRS agents?” asks David Strom at HotAir. “Accuse them of shilling for the rich” — though “the IRS focuses its audits on the poor and middle class”; even in training “their armed enforcement agents they target small business owners.” Yes, “given the current tax code the IRS is woefully understaffed.” But it’s “hardly as broken” as our “complex and contradictory tax code” itself, which “changes seemingly by the minute.” “Wealthy people and corporations simply hire expensive lawyers — often former IRS agents themselves — to get them out of jams. You and I? Not so much. We are the easy targets.”

“Misguided leniency” towards hard-core recidivists results “in more crimes being committed,” observes The Wall Street Journal’s Jason L. Riley. The toll: “Retailers recorded nearly $100 billion in thefts in 2022, up more than 26%” over 2021. From 2010 to 2020, “hospital costs for shooting victims alone in New York City totaled $469 million” — and 70% “was footed not only by local taxpayers but also through federal taxes.” The overall national “yearly cost of personal and property crimes in the U.S. is $2.6 trillion” vs. “annual spending on policing and corrections at about $250 billion.” So “it’s hard to conclude that we spend too much money on law enforcement,” especially when depolicing means “people will wind up paying with their lives.”

Media watch: A Pass for Biden on Docs

After classified documents “ended up” in Joe Biden’s old office, The Federalist’s David Harsanyi snarks, “pundits and reporters began trying to mitigate the political fallout and diffuse claims of a double standard” between Biden and ex-prez Donald Trump. Yet the political media’s “job is to be as skeptical of Biden’s contentions as they were of Trump’s.” Instead, they “really want you to know that Joe Biden’s classified document controversy is completely different from Donald Trump’s.” In short, Biden’s getting “the benefit of the doubt” from the media, though he “has proven to be an inveterate liar.”

Republican: How Speaker McCarthy Can Rule

“House Speaker Kevin McCarthy (R-Calif.) is styling himself as ‘the come-back kid,’ ” much as Bill Clinton did in 1992, notes John Feehery at The Hill. “Both are political survivors who never quit despite tough odds.” But McCarthy should heed ex-Speaker Dennis Hastert’s “mantra of ‘under-promise and over-deliver.’ ” Then he should “focus on putting legislation on the floor that unites [Republicans] and divides the Democrats.” For starters, “since it was President Biden who went on the spending spree,” Dems “should be the ones to provide the votes to increase the debt limit.” The days when speakers controlled everything are long gone; “now just about everything the Speaker does is a matter of negotiation.” McCarthy’s “combination of charm, brute force, and never-ending patience” will come in handy over the next two years.

Democrats have begun “turning on each other” over “how to handle the enormous influx of Latin American migrants,” argues Bill Scher at The Washington Monthly. That’s not just true of Gov. Jared Polis (D-Colo.) busing migrants to Chicago and NYC. Sen. Bob Menendez (D-NJ) slammed Biden’s newest policy as “disastrous and inhumane” while House progressives called it “unacceptable.” The party has no consensus on “what to do with the increasing number of immigrants trying to come here.” Yet migrants from Cuba, Nicaragua and Venezuela should “stir American pride. These escapees from broken socialistic countries see our country as a beacon of freedom. Democrats should not be shy to make the patriotic case against Republicans.” And Team Biden “needs to do all it can to help states and cities manage the flow of migrants and enlist as many communities as possible to do their part,” as “the burden doesn’t fall equally.”

Behind Biden classified-docs fiasco is the feds’ abuse of ‘secrecy’