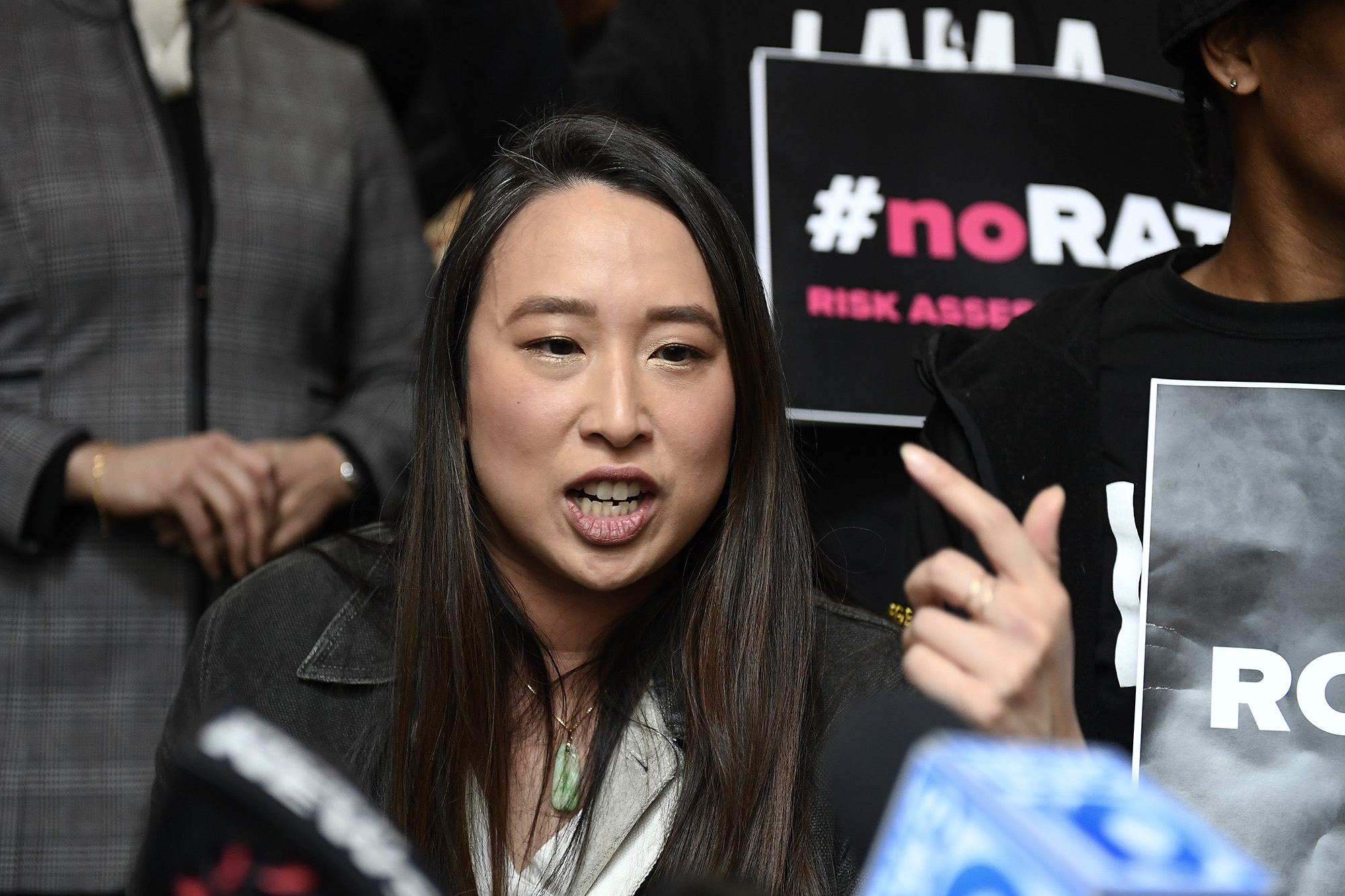 Assemblywoman Yuh-Line Niou likes to shout loudly about the need to defund cops while making sure she lives in safety.

Her hypocrisy is as pathetic as it is naked.

Turns out she fled East Harlem to live with her then-fiancé in the Financial District because he “didn’t think [she] was safe up there” after getting robbed and witnessing violent street crimes including rape. Safe in Lower Manhattan, she then won her Assembly seat.

Her flight sends a strikingly different message from her rant calling a group of cops going into the subway after a funeral for fallen hero Police Officer Jason Rivera a “frightening show of intimidation.” Or from her (since updated) Assembly campaign website, where she baldly stated that “we need to defund millions from the police.”

Other Dems, including Harlem Assemblywoman Inez Dickens (who stayed put uptown, despite crime), have rightly blasted Niou’s hypocrisy, which most of the defund movement shares. Its proponents demand policies that make life far worse for average New Yorkers and then get to live 100% free of the ugly consequences.

How many people in Niou’s old neighborhood have the luxury of decamping for a ritzy downtown pad? How many New Yorkers live ensconced on a Brooklyn Army base, like Jumaane Williams, another prominent defunder? How many have a private security service just for their little slice of the nabe, like Maya Wiley?

Defunders know public safety is vital and effective policing is key to maintaining it. Their own actions prove it. It’s only other people’s safety they gamble with.

Niou is running in a crowded field for the new 10th District US House seat. She’s endorsed by such top lefties as state Sen. Julia Salazar and onetime TV star Cynthia Nixon. All people, it should be noted, with the wherewithal to stay far away from rising crime.

One group defunding doesn’t draw raves from? Everyday New Yorkers: 52% of them want the NYPD budget to grow. Maybe because more than 70% fear they’ll become a violent-crime victim.

If Niou & Co. continue to get their way on crime, those fears will become near-certainties.

But don’t worry! You can always just move.