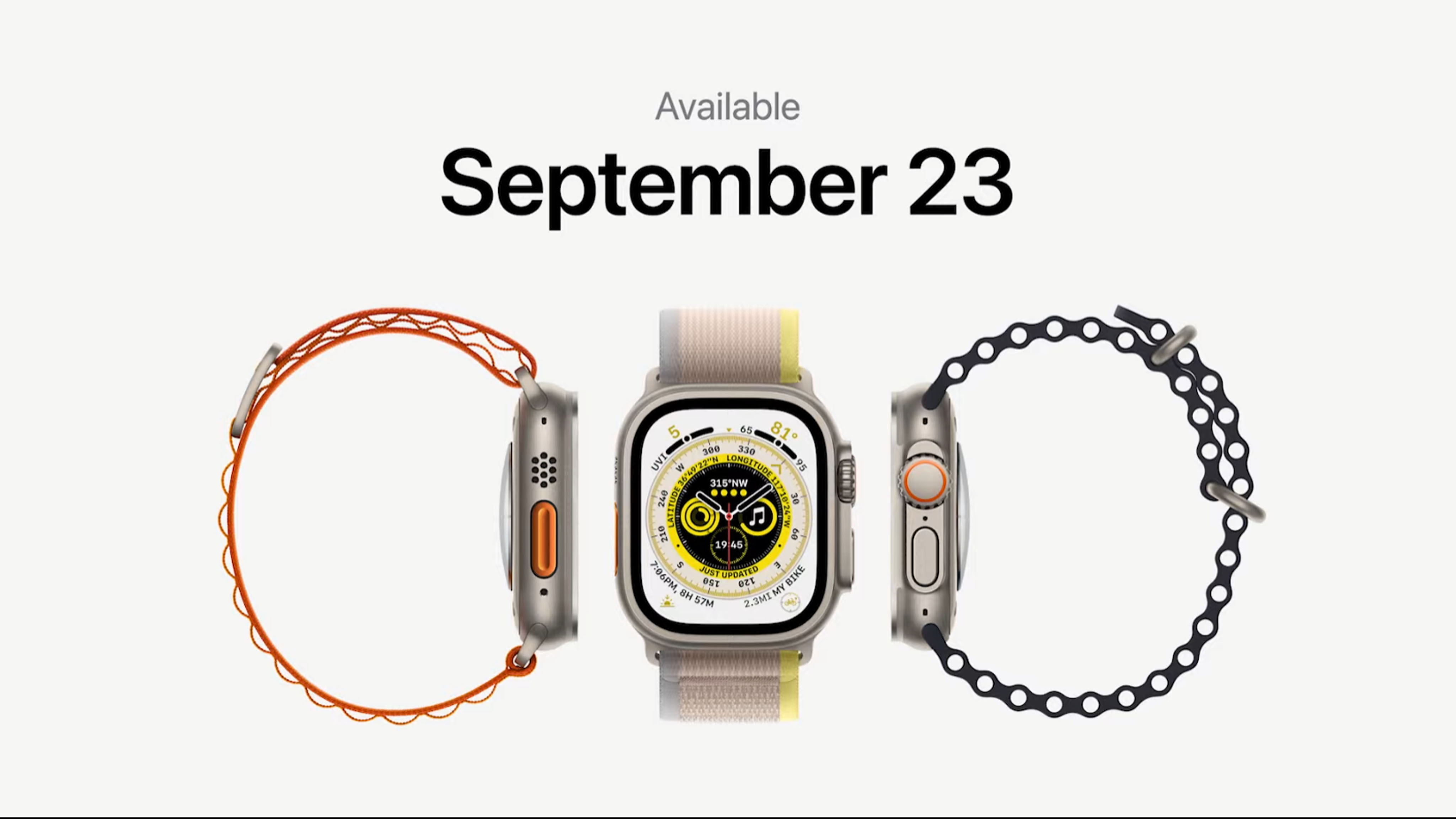 Apple announced the massive 49mm Apple Watch Ultra today and as much attention as it’s getting, its bands are just as impressive. Now we know that those bands will also fit existing Apple watches, too.

The Apple Watch Ultra unveiling came during the September 7 Far Out event and that size is definitely notable. But the rugged and outdoorsy angle the watch takes also means that it comes with three unique band options — and now we know that the 44mm and 45mm Apple Watches can wear them, too. Initially, there were concerns that wouldn’t be the case.

As for the watches, all of them are available for pre-order now, with deliveries taking place on September 23. Notably, every Apple Watch Ultra comes with cellular as the only option, while Apple is also throwing in three free months of Apple Ftiness+ to sweeten the deal. The Apple Watch Ultra costs $799 and early indications are that it’s a pretty sweet wearable.

Waiting for an iPhone 14? Pre-orders begin on September 9, so get that alarm clock ready.