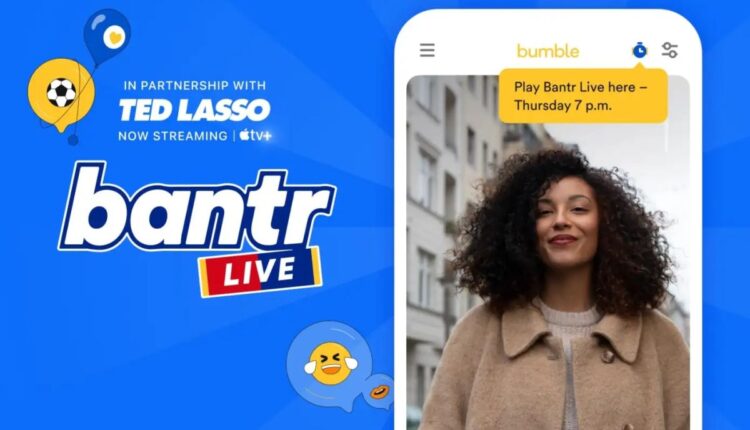 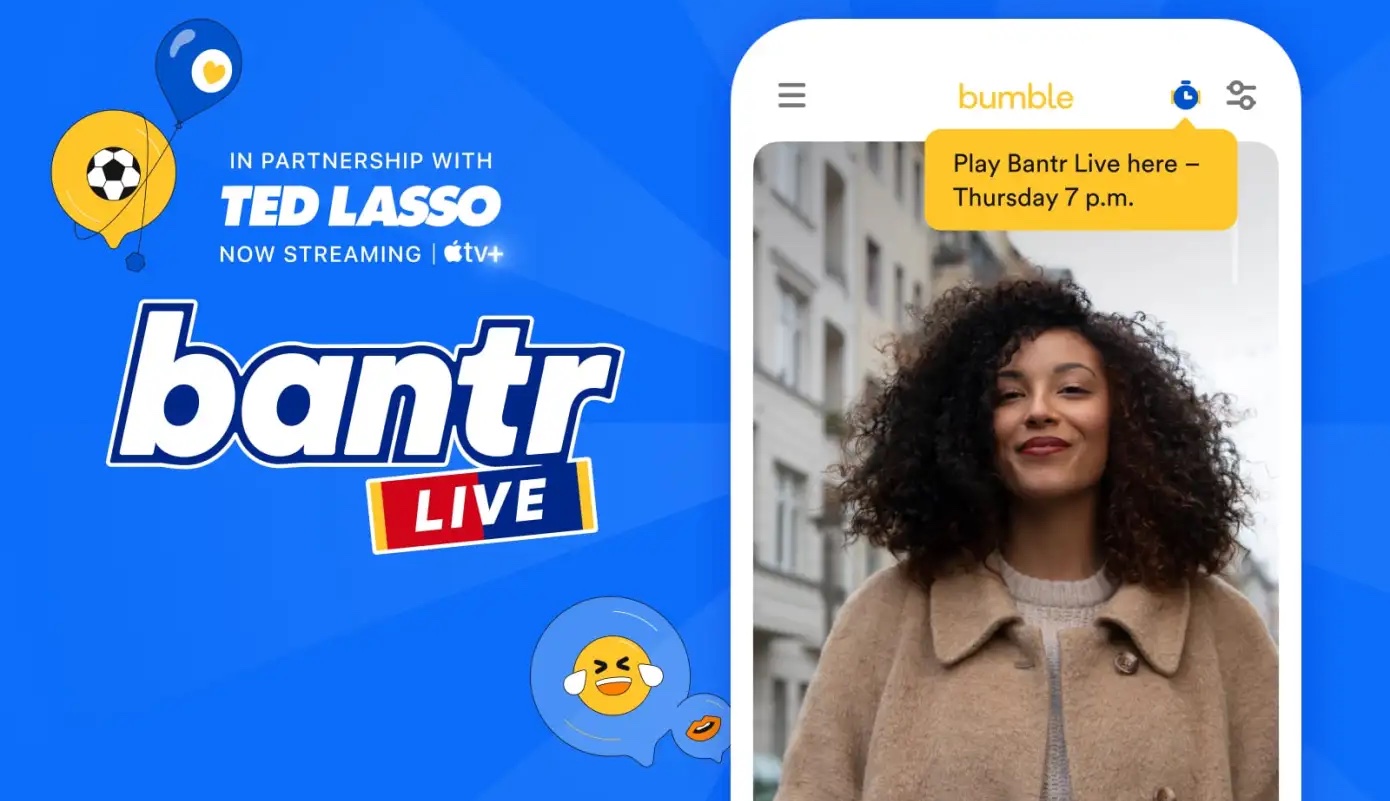 The partnership will see a new feature added to the Bumble app that will replicate the Bantr blind dating app from the Ted Lasso Apple TV+ show, the company has confirmed.

For those unfamiliar with Bantr, TechCrunch has the details. The short version is that  Ted Lasso characters Rebecca Welton (played by Hannah Waddingham) and Sam Obisanya (actor Toheeb Jimoh) both download Bantr in an episode of the show. The app is a fictional blind dating offering that lets people chat without seeing anyone’s photos. Now, Bumble is bringing that feature to life.

Starting Thursday, October 13, Bumble will run weekly “Bantr Live” experiences that will essentially be digital blind dates, just like in the TV show.

“The premise of Bantr is a dating experience many of our members have expressed interest in over the years. Bantr Live enables our community to connect with someone unexpectedly and learn more about a person before seeing them. We look forward to people on Bumble having fun with Bantr Live and connecting and dating in a new and exciting way,” said Olivia Yu, Global VP of Partnerships, Bumble, in a statement reported on by TechCrunch.

Bumble says that the Bantr Live feature will be available in the United States, United Kingdom, Canada, and Australia for free and that it will run until the end of this year.

Notably, those who do take part in Bantr Live will also be able to get a free two-month subscription to Apple TV+, presumably so that they can then kick back and check out Ted Lasso with their date.

After that trial, Apple TV+ will cost subscribers $4.99 per month — it’s available as part of the Apple One subscription bundle, too.