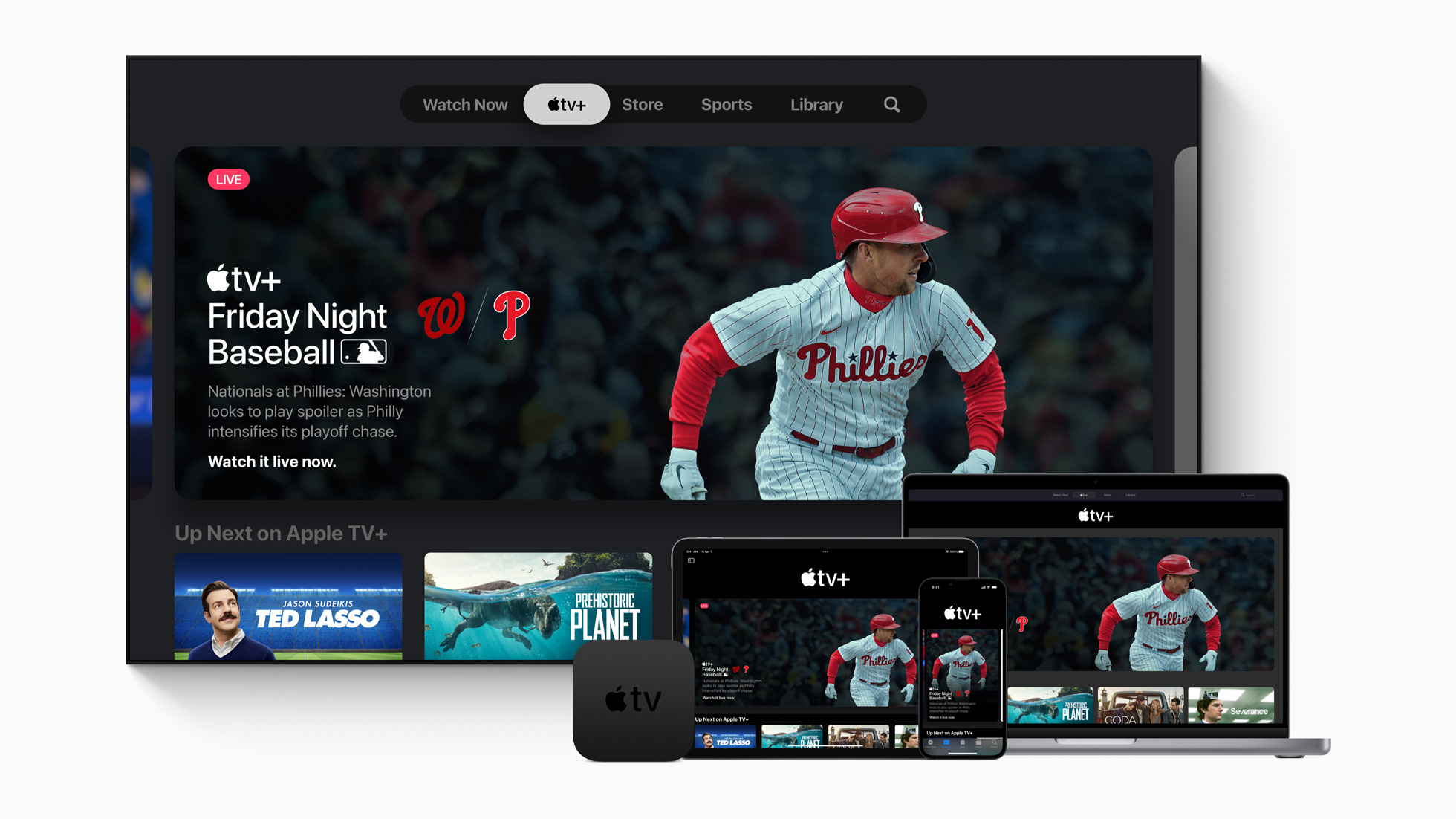 Apple has today confirmed its slate of September MLB games for Friday Night baseball, along with four new territories for streaming.

Take me out to the livestream

Apple’s September slate of games is as follows:

Live pre and postgame coverage will continue to be hosted by Lauren Gardner along with analysts and players including Carlos Peña, Cliff Floyd, and Yonder Alonso. The company has struggled to gain traction with its MLB offering, with many of its showings drawing criticism, in particular, because of its poor announce teams. Friday Night Baseball is free for anyone with an Apple ID for the rest of the season and can be streamed on any Apple device that supports the Apple TV app including the Apple TV 4K.

Apple has also signed a huge exclusive streaming-only deal with MLS for the next 10 years, and rumors continue to swirl that the company has bid for the NFL’s Sunday Ticket package. This week Apple is showing the Nationals at Phillies and Reds at Brewers games on Apple TV+ on Friday, August 5.

Why Wear Safety Glasses When Working With Cars?