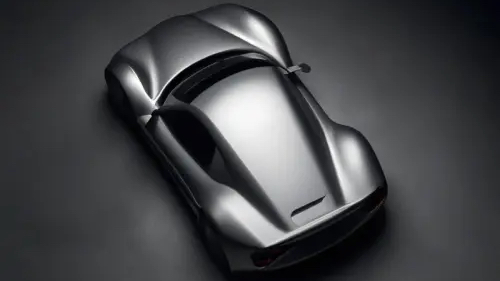 Apple has just grabbed a huge win in the Apple Car saga.

As reported by Bloomberg, the company has hired Luigi Taraborrelli, a 20-year veteran of Lamborghini, to help lead the design of its autonomous electric vehicle. According to the report, Taraborrelli was poached from the Italian automaker and was previously working as the company’s head of chassis and vehicle dynamics.

The move is a major one for Apple, which has been quietly working on the Apple Car under the code name of Project Titan for years now. While the company has hired plenty of engineers, a hire like Taraborrelli is a major indicator that the company is making progress in the area and putting together a serious top-level team to bring the project to fruition.

What will Taraborrelli be working on?

According to the report, Taraborrelli will lead the design of the Apple Car. This will make him one of the top executives on Project Titan, the codename for the Apple Car project inside of the company.

In his 20+ years working at Lamborghini, Taraborrelli worked on a number of cars including the Urus, Huracan, and Aventador.

The executive worked on Lamborghini models such as the Urus, Huracan and Aventador, in addition to more limited models like the Huracan Sterrato off-road vehicle and Asterion concept car. He oversaw Lamborghini’s chassis development, as well as areas such as handling, suspensions, steering, brakes and rims, according to his LinkedIn profile.

It is still unknown exactly when Apple will announce the Apple Car officially to the world, but rumors continue to grow about a potential release. Bloomberg has previously predicted that the vehicle could see a debut as early as 2025, but others say it is more likely to be delayed as late as 2030.

Whenever it does make its debut, it will be Apple’s foray into a completely new industry. While the company has a presence with CarPlay, building and selling its own vehicle will put it in direct competition with the entire automotive industry.