Apple Pay may soon work on Chrome, Edge, and Firefox 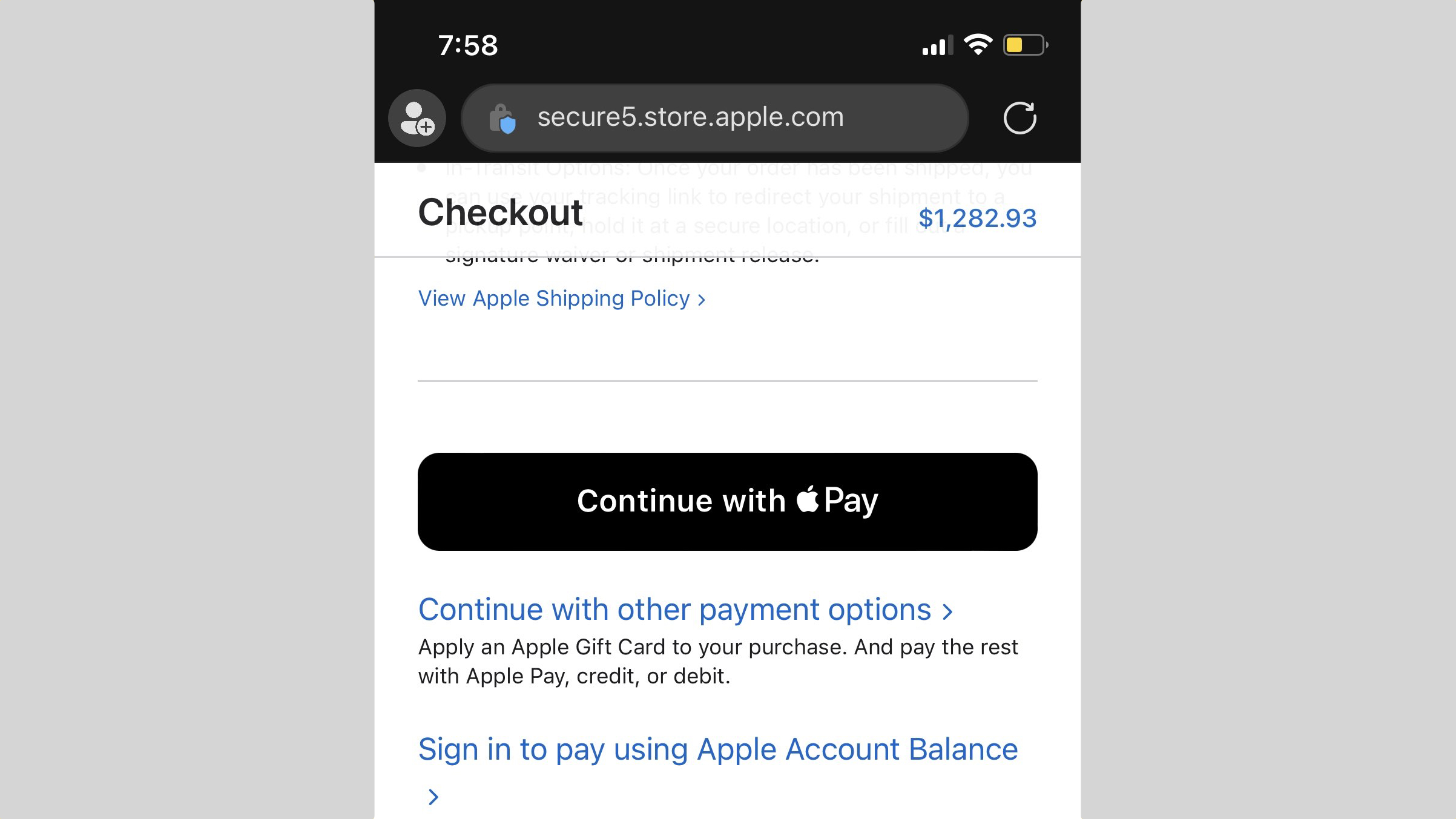 It looks like Apple is messing around with bringing Apple Pay…to Chrome?

Stopped by MacRumors contributor Steve Moser, the fourth developer beta of iOS 16 has added support for Apple Pay to browsers outside of Safari. According to his research, Moser said that the “Continue with Apple Pay” button started to show up for compatible websites on the Chrome, Edge, and Firefox apps on the iPhone.

Moser went on to say that he believes the feature could technically be available to any third-party browser on the iPhone.

On the latest iOS 16 beta Apple Pay works in Edge, Chrome and I assume any third party browser. On iOS 15 Apple Pay only works in Safari. pic.twitter.com/x7zV5xCuiCJuly 30, 2022

Why won’t it work on the Mac?

On the Mac, however, all of those browsers are able to use their own rendering engine. It’s unclear if those will also be able to be updated so that Apple Pay could come to third-party browsers on macOS.

This doesn’t work in Edge or Chrome on that latest macOS beta because I assume it requires the third party render engines to be updated where as Edge and Chrome on iOS use Safari’s render engine.July 30, 2022

This is the first time that we’ve seen Apple Pay potentially come to browsers outside of Safari. Sometimes, potential features will pop up in one developer beta and then disappear in another so we’ll need to see if the feature sticks around when Apple releases the next beta of iOS 16.

Because of this, it’s currently hard to say if such a feature will actually show up for everyone when Apple rolls out iOS 16 to all users in the fall.

iOS 16 is expected to roll out to all users in September. It is customarily released a few days before the new iPhone goes on sale. Apple is anticipated to hold an event in September where it will announce the iPhone 14, Apple Watch Series 8, and AirPods Pro 2.