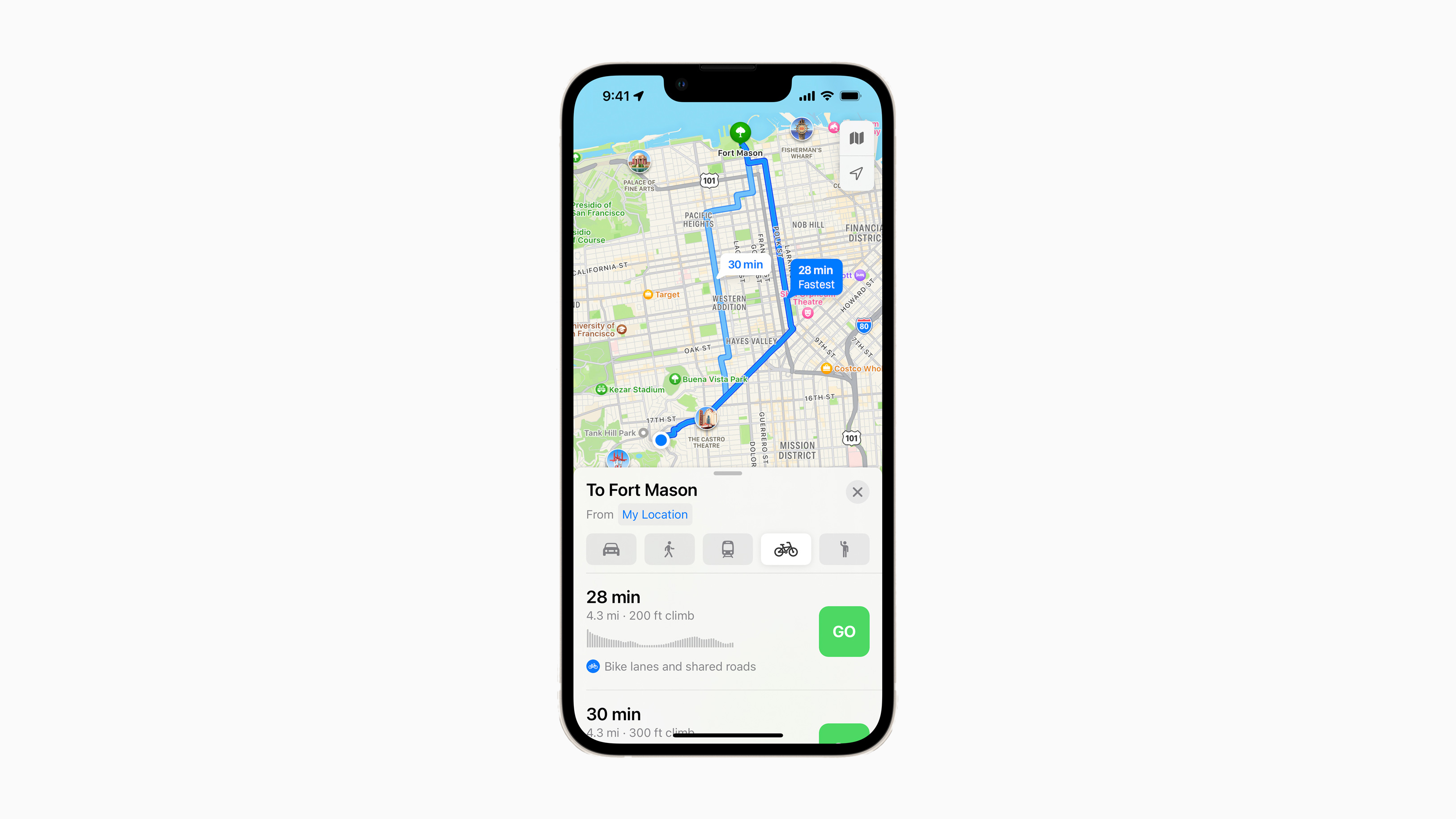 For everyone out there who rides a bicycle and has been wanting Apple to lean in on cycling directions, today is a pretty good day.

What does Apple offer with its cycling directions?

Now that cycling directions are available in all 50 states in the United States, you might be wondering what kinds of features Apple Maps offers as part of the option.

Like its other navigation options, like driving and walking, users in iOS 16 will be able to set multiple stops for their cycling directions. Apple announced the feature at WWDC 2022:

Apple Maps is introducing multistop routing, so users can plan up to 15 stops in advance and automatically sync routes from Mac to iPhone when they’re ready to go. Maps is also bringing transit updates to users, making it easy for riders to view how much their journey will cost, add transit cards to Wallet, see low balances, and replenish transit cards, all without leaving Maps.

For cycling directions, Apple Maps also alerts users if a part of their route requires walking. It will even give you a sense of the elevation gain on a route so you know if it will be more of a cruise or more of a challenge.

The nice thing is that Apple Maps users don’t need to wait until the company releases iOS 16 later this fall in order to enjoy all of these features. Cycling directions in all 50 states are available now for all users.