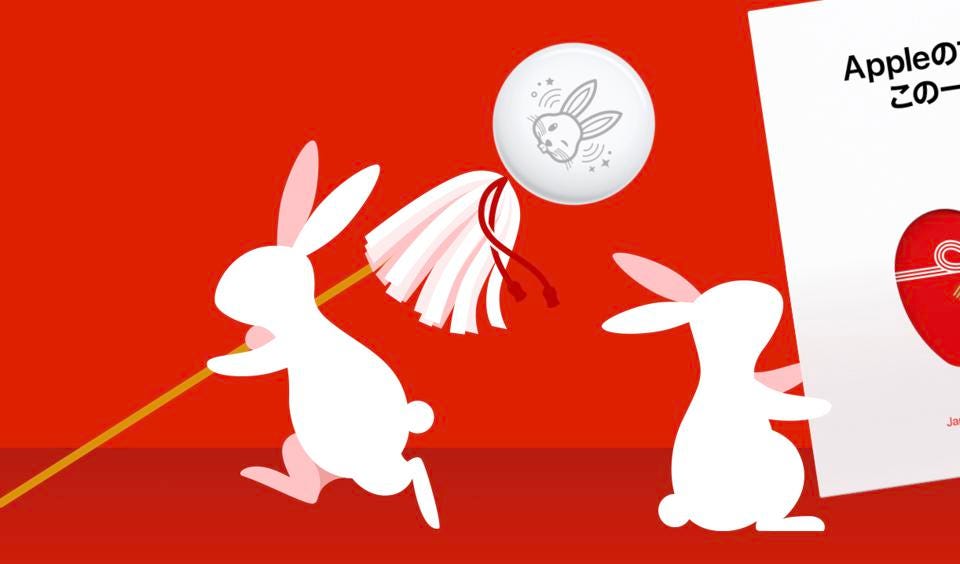 Apple has unveiled a special edition AirTag to celebrate the Japanese New Year and the Year of the Rabbit.

As reported by Forbes, the special edition AirTag will be available to customers in Japan as part of a two-day promotion. In order to get the special-edition AirTag, which features an emoji or a rabbit, customers will need to purchase an iPhone 13, iPhone 13 mini, iPhone 12, or iPhone SE.

Apple does note that, if you order the iPhone through the Apple Store app, you won’t get the AirTag. The special-edition version is also only available for the first 30,000 people who purchase an iPhone that is part of the promotion.

In addition to the special-edition AirTag, Apple is offering a ton of gift cards as part of the two-day sales event.

The promotion will run between January 2nd and January 3rd, 2023. Customers who are interested in the gift cards or the special edition AirTag can visit apple.com/jp in order to make a purchase during the promotional period.

Keep in mind that you’ll also need to be one of the first 30,000 people to purchase a particular iPhone model in order to get the promotion and since it’s linked to iPhone purchases, Apple is likely to run out of stock of the AirTag before the event is over.