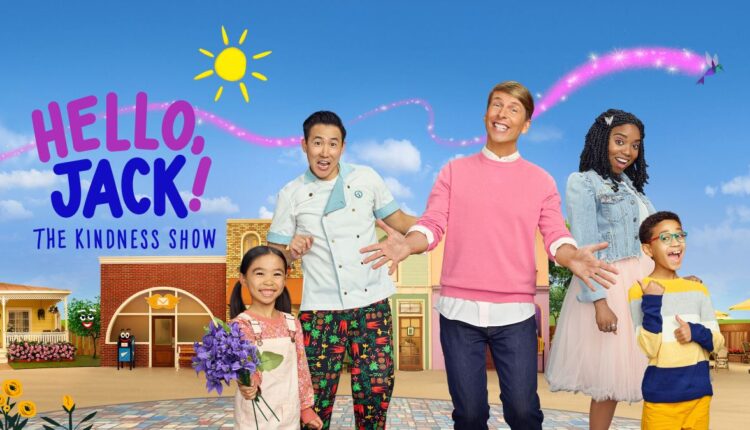 Jack McBrayer is coming back to Apple TV+ to continue his mission of spreading happiness around the world.

You can watch the official trailer for the second season of the children’s series on YouTube, which is oddly not on the Apple TV+ channel, below:

Jack McBrayer is here to show kids it’s cool to be kind. Hello, Jack! The Kindness Show is available on Apple TV+.

Season two of the series will continue to follow Jack, “one of Clover Grove’s most thoughtful and caring residents.” Tony Hale, Gillian Jacobs, Kumail Nanjiani, and more will guest star in the new season:

Jack is one of Clover Grove’s most thoughtful and caring residents, greeting everyone with kindness and humor. His ability to spread compassion, creativity and imagination inspires everyone in town to do the same. A new season of kindness creates more incredible change. “Hello, Jack! The Kindness Show” is co-created and executive produced by Jack McBrayer (“30 Rock,” “Phineas and Ferb,” “Wreck-It Ralph” franchise) and Angela C. Santomero (“Blue’s Clues,” “Daniel Tiger’s Neighborhood”).

The second season of Hello, Jack! The Kindness Show will premiere on Apple TV+ on Friday, October 7. If you want to enjoy the movie in the best quality possible, check out our review of the Apple TV 4K and our list of the Best TVs for Apple TV 2022.

Rule will boost ranks of illegals

UTI and The Marketing Farce