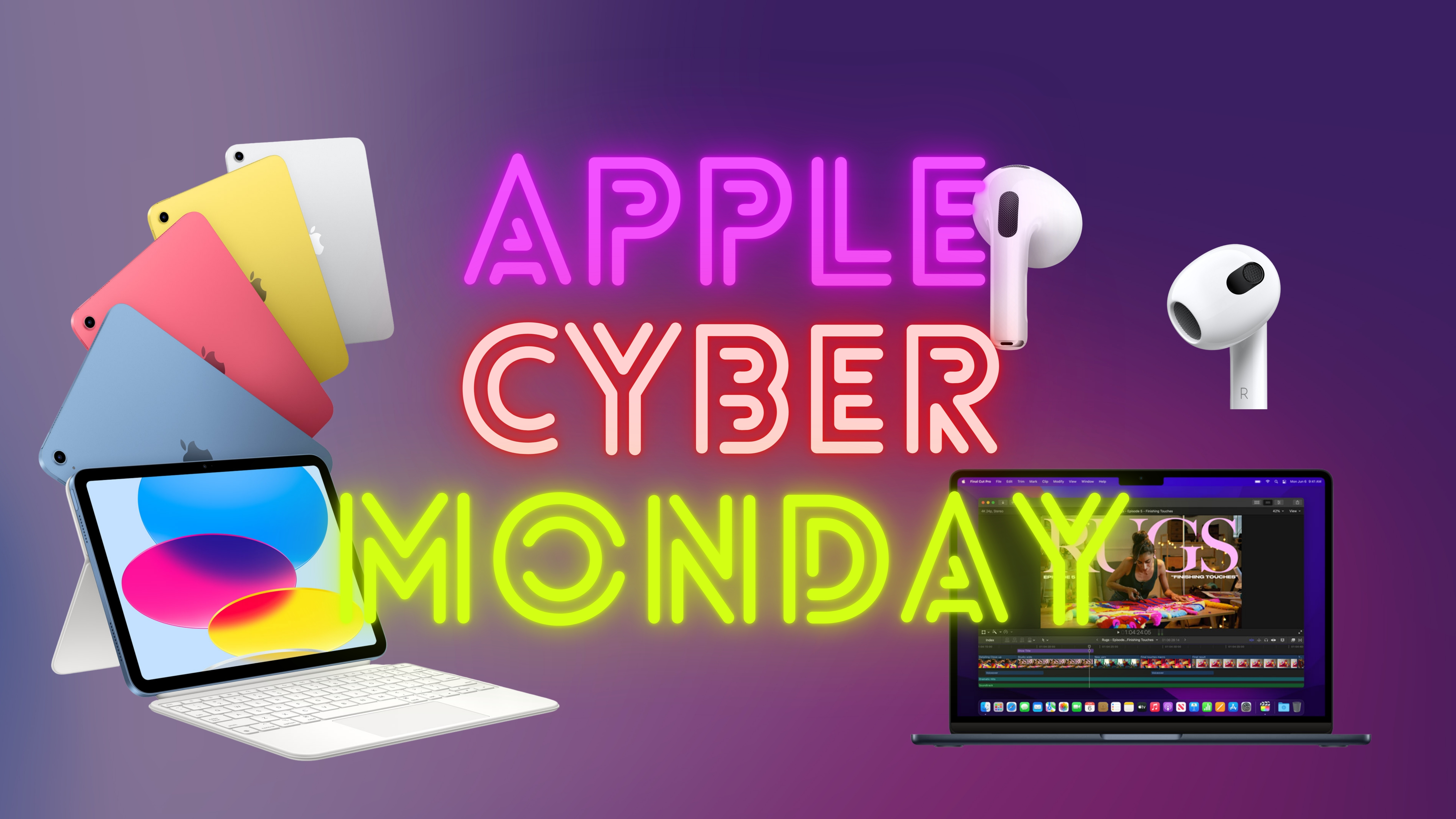 Apple Cyber Monday deals are well underway, even though it’s not even Monday yet.  With thousands of purported deals around we’ve decided to separate the good deals from the noise and pull them all together right here.

We’ve got the best iPad Cyber Monday deals including iPad Pro and iPad Air, MacBooks, iPhone 14 (and older), Apple Watches, AirPods, and more. We’ve laid it all out in an easy-to-use page with clear sections. We’ve even highlighted our favorite deals in each category.

With that in mind, here are all of the Cyber Monday Apple deals available right now.

If you’re only after a very specific Apple product then you can check out some of our other Cyber Monday deal pages:

The best Cyber Monday iPad deal is probably this saving on Apple’s brand-new tenth-generation iPad, which is currently on sale for just $419 instead of $450. That might not sound like a big saving, but when you factor in the device is just weeks old, it’s not to be sniffed at.

Logitech keyboard cases are some of the best around and are officially made with Apple’s blessing meaning they are compatible with smart connectors and don’t just rely on Bluetooth.

There are some great deals out there on Apple Watches this Cyber Monday, not least on the Apple Watch Ultra. Save up to $60 when putting a new Apple Smart Watch on your wrist.

Undoubtedly, the best iPhone deal going for Cyber Monday is this Verizon offer that nets you a huge amount of discount and free stuff, but there’s only one day left.

Save big on one of the best alternatives to AirPods Max from Sony.

There are loads of great Cyber Monday deals today, with some low prices on the likes of the MacBook Air M1 and MacBook pro 14-inch. Save some money on a new laptop.

There are only two Apple Pencils to choose from, but both are at their lowest ever prices right now!

The best Apple TV deal is a tiny saving on the brand-new model, which is miles cheaper than the previous model. There are also savings on the old one to be had, so watch out for those too.

You can grab some great deals on portable SSDs, with some big Cyber Monday sales. Get more storage for less.

Grab a monitor this Cyber Monday, and land a great deal. Add more screen to your desk, and increase workflow for less cashFlow!

The LG C2 OLED range is probably the best TV on the market, and this stellar 55-inch deal is our pick of the bunch.

The Apple-made Magsafe battery pack for iPhone is currently an absolute steal at the moment, with $25 off.

Need yourself a smarter home (and nothing to do with that weird nineties Disney channel movie) and don’t want to spend the world? These are some great deals on Smart Home kit this Cyber Monday, from Alexa to Homekit.

These toys make the most of your iPad or iPhone as they come with compatible apps that bring them to life. You’re able either control them, bring more information onto the screen or by using the camera for augmented reality experiences.

What are Apple Cyber Monday deals?

When Black Friday comes to an end, the Cyber Monday deals come out to play – it’s another opportunity for retailers to give you the best prices possible on the tech you’re looking for.

There are reductions across the board at places like Amazon, where you’ll find massive sales on Apple kit over the weekend and over Monday itself.

When do the Cyber Monday Apple deals end?

Some of these deals will go on into the following week – but for the most part, they will finish by the end of the day on Monday. That’s not taking into consideration whether the products themselves have sold out. Either way, if you spot a good deal, its worth dropping the hammer as soon as you can.