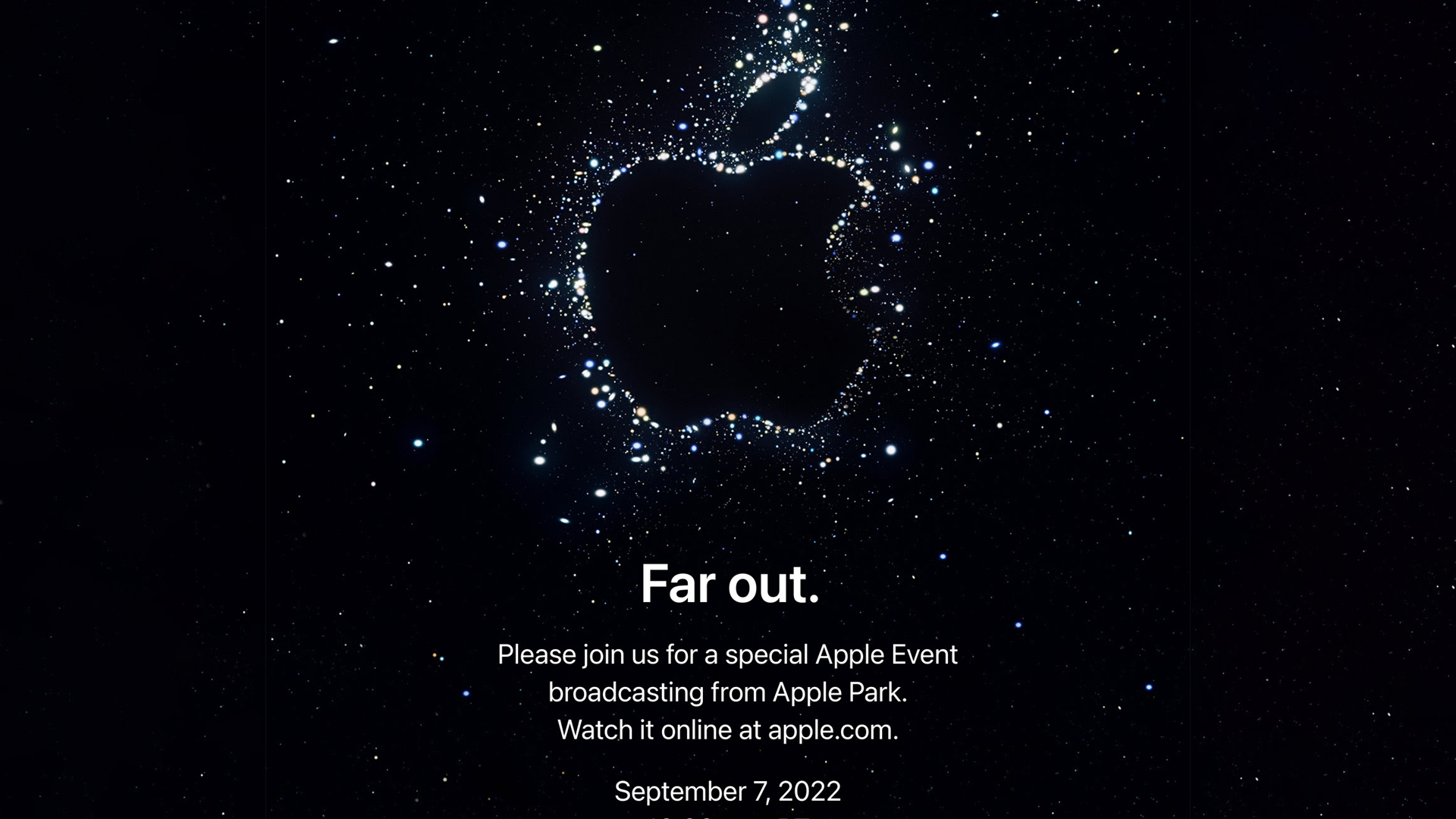 Apple has just announced that its iPhone 14 event will take place on September 7 at 10 am PT, with a special event broadcasting from Apple Park.

The company is expected to unveil its new flagship iPhone alongside the new Apple Watch Series 8, and possibly some other products.

The strapline of the event is “Far Out” and features a background of space, the planets, and stars in the shape of an Apple logo.

We had heard reports that Apple would indeed hold an event on this particular day, however, the timing of the announcement, two weeks ahead of time, is certainly earlier than Apple usually sends out its invites. Apple’s decision to hold an event on a Wednesday is also more unusual, however as Mark Gurman previously suggested this could be to allow members of the press travel time after the Monday holiday that week.

Apple notes the event will be broadcast from Apple Park, indicating it will be a pre-recorded live stream shown around the world rather than an in-person keynote. Apple is also inviting some select members of the press to the event.

Apple’s iPhone 14 is expected to be a modest upgrade over its best iPhone, the iPhone 13, with more upgrades like an always-on display and a new processor reserved for the Pro models.

Apple’s event will be live-streamed in all the usual places including on YouTube and Apple.com.

According to reports and Apple’s usual schedule, it is likely Apple will ofer

Pension is Not a Bounty III