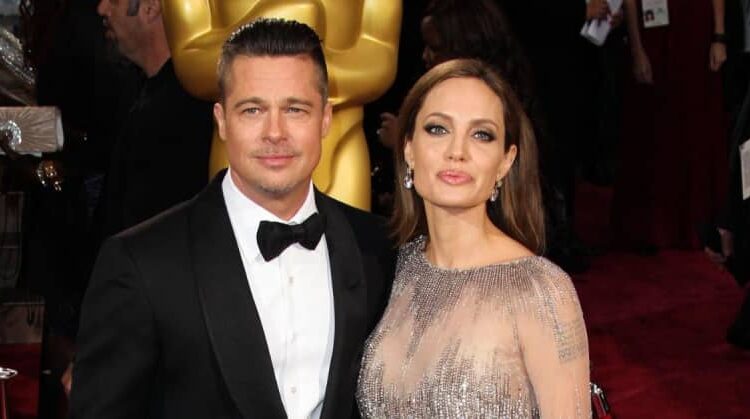 An email that Angelina Jolie sent to her ex-husband, Brad Pitt, about why she wanted to sell their Chateau Miraval Winery has resurfaced on TikTok as their legal drama rages on, RadarOnline.com has learned.

TikTok user @magshrts1 posted the email in slides, highlighting that Jolie “used his full name to sign to him and signed off using her nickname.”

In the email dated January 2021, Jolie began her message by revealing she was “putting this in writing so not to get emotional,” adding the decision came “with a heavy heart.”

The Eternals actress pointed out that she once had a great desire to purchase Miraval as a family business, considering they could also use the location to hold diplomatic and humanitarian meetings.

Jolie then addressed the sentimental value it had for their family.

“It is the place we brought the twins home to, and where we were married over a plaque in my mother’s memory,” she wrote, referencing Knox and Vivienne. “A place that held the promise of what could be and where I thought I would grow old.”

Jolie continued with a somber note, adding, “It is also the place that marks the beginning of the end of our family — and a business that is centered around alcohol,” which had been a source of contention in their relationship.

The Salt star claimed that over the past four years, she witnessed “lots of inconsiderate behavior, money spent in ways that I would not have approved, and decisions made that I was not consulted on.”

Jolie further alleged that she had “been hurt by decisions that have been made that show no interest in sharing the business or changing it fundamentally into something that would be healthier for our children.”

Due to her stance on the matter, the mom of six offered two ways to proceed: including the option for an “outright sale,” before also suggesting “a complete buy out of my share in the property and business by you, the Perrin family, or your associates.”

She also confessed that Miraval died for her in September 2016, at which time she filed for divorce from the Once Upon a Time… in Hollywood actor.

As we now know, Pitt later filed a lawsuit against his ex-wife in February 2022, claiming that she illegally sold her shares of Miraval, where they wed in August 2014.

RadarOnline.com reported on how Jolie sold her portion to Tenute del Mondo — owned by Russian businessman Yuri Shefler — against the wishes of Pitt.

The email resurfacing comes after Jolie filed bombshell documents in the battle over their once-shared French winery.

In shocking court docs, she accused Pitt of “choking” one of their children and “striking” another in the face during the now-infamous 2016 plane fight.

Pitt was previously cleared of any wrongdoing, and a source close to the A-lister told RadarOnline.com that Jolie’s version of events is “untrue” and “constantly evolving.”

Lufthansa says it isn’t banning AirTags, for real this time

New Microsoft Surface gear: What Apple MacBook fans should know (and may want!)