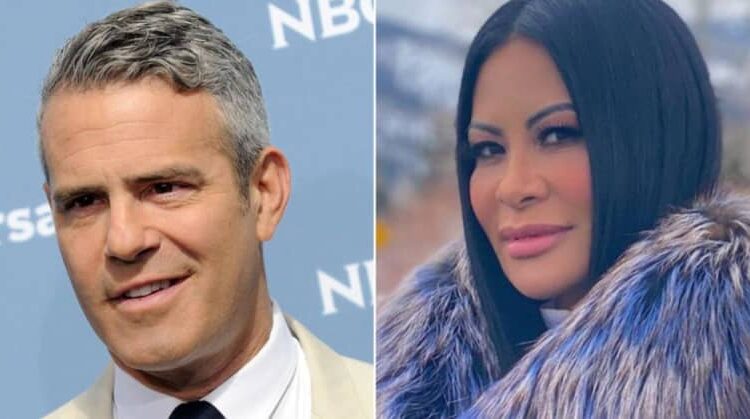 Although Jen Shah was spotted at the New York-based event, she sparked rumors after she wasn’t involved in The Real Housewives of Salt Lake City panel. When asked why, the Bravo exec seemingly hinted this is likely the end of the road for the embattled reality star.

“Once we wrapped [Season 3 and] she pled guilty, I think that was kind of, unfortunately, the end of, you know, the engagement there,” he explained. “But I hope to sit down with her and talk to her at some point on camera because I have a lot of questions for her.”

As OK! previously reported, Shah changed her plea to guilty on Monday, July 11, days before her bombshell wire fraud trial was set to begin.

“In 2012 to March 2021 in the Southern District of New York and elsewhere I agreed with others to commit wire fraud,” Shah confessed to Judge Sidney Stein. “I knew this was wrong. I knew many people were harmed and I’m so sorry.”

Federal prosecutors have called for Shah to spend up to 14 years behind bars. Aside from potential prison time, Shah also agreed to pay more than $9 million to her fraud victims. The television personality’s sentencing hearing is scheduled for Monday, November 28.

Although many fellow Housewives have spoken out against Shah throughout the fraud scandal, one cast member has stuck by her side. RHOSLC costar Heather Gay teased she would remain close with Shah even if she is sentenced to jail time.

“Listen, I’ve had prison boyfriends before. I know the whole routine!” she joked. “I’m not worried about that. I was born for this.”

Last month, Gay also praised her friend’s personality, saying: “As much as you think you know her and can predict her or judge her or evaluate her based on the show, it is one-umpteenth of the charisma, the magnetism, the star power, and the force of energy that she is.”