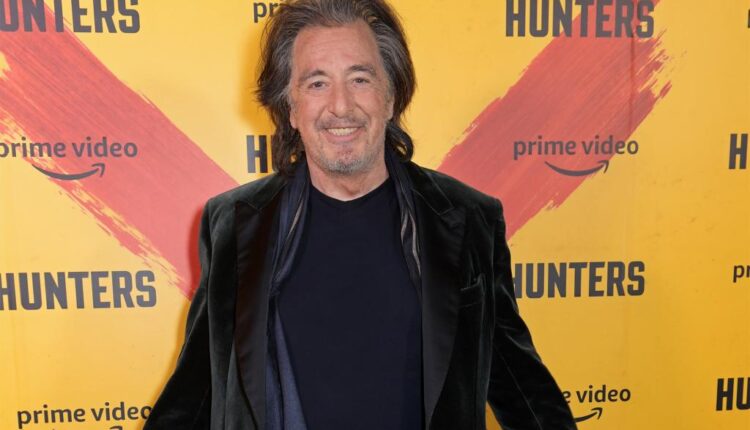 Where actors ready to role

Al: “I was very young. My first audition was in their basement. I got rejected. My friend later auditioned and I, my heart pounding, fortunately got to sit upstairs in their one empty seat. Trying out again took six months.

“Actors’ and directors’ units were called ‘sessions.’ And nobody pronounced my name right. They said ‘Pakeeny … Pakeeno.’ ”

Eventually he knew Lee Strasberg well and it was movie star Pacino who got Lee into “The Godfather” movie.

“With all those celebrities, the Actors Studio then was an entertainment show. Strasberg, a philosopher and theologian, taught that being an actor has real value and he gave insights throughout history. Actors live lives of rejection and judgment, so it was good to know there is dignity about your choice which inspired you beyond the idolatry, fame and money.”

1980, the autobio, Doubleday’s “Lee Strasberg: The Imperfect Genius of the Actors Studio,” was written by Cindy Adams.

Al lives in California. He’s “making a part fantasy, part reality film about a struggling Hollywood actor and director.” He “loves New York. I come back often, I do Broadway, see my friends and check out the life I once lived there.

“You have to get caught up. Listen, I had coronavirus. The pandemic hit us all. I’m a survivor.”

Formula One seven-time world champ Lewis Hamilton turned heads (and iPhones) in LA’s Century City Apple store. He was a main attraction at the Genius Bar . . . Prayers for King Charles. Charles the 1st had a not good experience. Charlie the 2nd had a plague hit the country. Good luck to Britain’s 3rd … Need a little pied-à-terre? Ron Perelman’s double-faced East 63rd home can be yours for $60 mil.

Behind the haunting ‘Smile’

Halloween is upon us. So is Kevin Bacon and Kyra Sedgwick’s daughter who’s a clinical psychiatrist in the new thriller “Smile.”

Sosie Bacon: “It’s scary like all horror movies. Nothing prepares you for an experience like this heightened emotion. Not knowing your reality is hell. Something like a deranged smile sticks with you. People go through life covering up emotional pain with social niceties.”

This week was Rosh Hashanah. Next week, Yom Kippur. Per Flower Power Daily’s Jill Brooke: “Consider sunflowers. The petals always veer to the light. Also, the pomegranate has 613 seeds just like the 613 mitzvots in the ­Torah.”