After the Jan. 6 Committee finishes, maybe a GOP Congress can probe some actual ‘threats to democracy’ 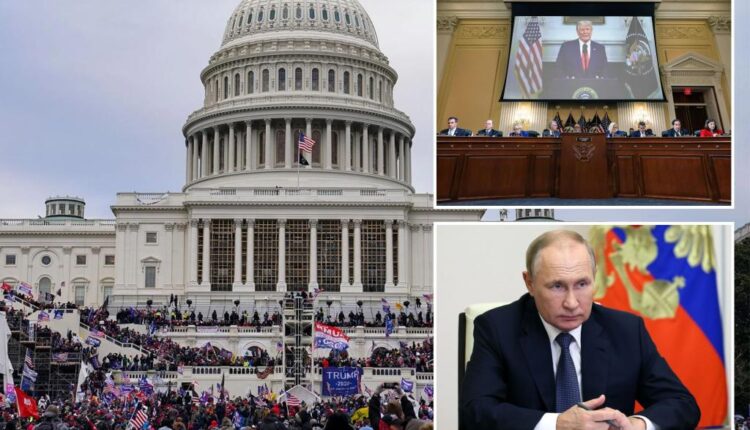 Congressional Democrats have nearly wrapped up the political circus generally known as the Jan. 6 Committee.

That panel was supposed to look into the allegedly democracy-shaking events of Jan. 6, 2021. Though this has been called an “insurrection,” it was closer to a campus mob occupying the dean’s office than a coup d’etat.

The actual violence that day pales in comparison to the bloody and fiery riots that raged across American cities in 2020, with approval, tacit and otherwise, from Democratic politicians and media (who described those riots as “fiery but mostly peaceful”).

Now Americans are more concerned with skyrocketing prices, economic stagnation and the threat of a nuclear war in Europe, after some unwise comments by President Joseph Biden gave Vladmir Putin an apparent green light to invade Ukraine. (The White House staff walked them back, as they so often do with the dodderer-in-chief’s remarks, but the damage was done).

Indeed, after a disastrous almost two years in office for Biden, things are looking grim for the Democrats. The midterm elections loom, and everyone seems to expect the Democrats to get a shellacking, which they richly deserve.

If that happens, the question is what a new Republican congressional majority should do. The answer is lots of things, but I have one suggestion: It’s time for some hearings of their own.

How the United States went from an energy-exporting nation with a booming economy, low gas prices and no new foreign wars to an energy-short nation with a stagnating economy, soaring prices for gas (and everything else) facing a potential nuclear confrontation with Russia deserves some looking into.

America has a president who’s not all there mentally, a doddering figure controlled by those around him. He was elected despite hiding out in his basement during a close election season. Scandals involving his son Hunter — and him — were banned from the media and from tech platforms in the leadup to the election. Problems with his mental capacity were known to the press and to Democratic Party officials but were hushed up.

Time magazine even ran a triumphant story, post-election, about how a “cabal” — Time’s word — of tech companies, political officials and media folks “saved” the election from Trump by ensuring Biden’s victory.

We need to find out more about that.

How involved were government officials in this “cabal?” The FBI knowingly spread false information about Russian “collusion” during Trump’s presidency, and then told media organizations that the truthful stories about Hunter Biden’s laptop were Russian misinformation. Dozens of retired intelligence officials were produced to denounce the stories, though on what basis isn’t clear. We should find out.

As soon as Biden was sworn in, he — or his administration — began undercutting America’s hard-won energy independence. Pipelines were canceled, drilling leases were blocked and a war on fracking, in collaboration with financial companies following Environmental and Social Governance politics, drastically reduced US production. Then in the runup to the midterms, the Biden administration drew down the Strategic Petroleum Reserve to historically low levels.

The United States is now more vulnerable to the manipulations of foreign energy producers than it has been in many years.

Meanwhile, the Justice Department has been treating Americans with political views it dislikes as domestic terrorists. Attorney General Merrick Garland, at the behest of teachers unions and the White House, sicced federal investigators on parents who spoke up at school-board meetings. Now the FBI is breaking down doors among pro-life activists, even as it turns a blind eye to widespread arson against crisis pregnancy centers. Polls indicate that a majority of Americans now view the FBI as Biden’s personal Gestapo.

How did we get to this state of affairs? Congress should be asking pointed questions, and getting answers under oath.

6 new ways to use old iPads you have laying around