After 20 years of iTunes, Apple Music is finally on Windows — with one major catch 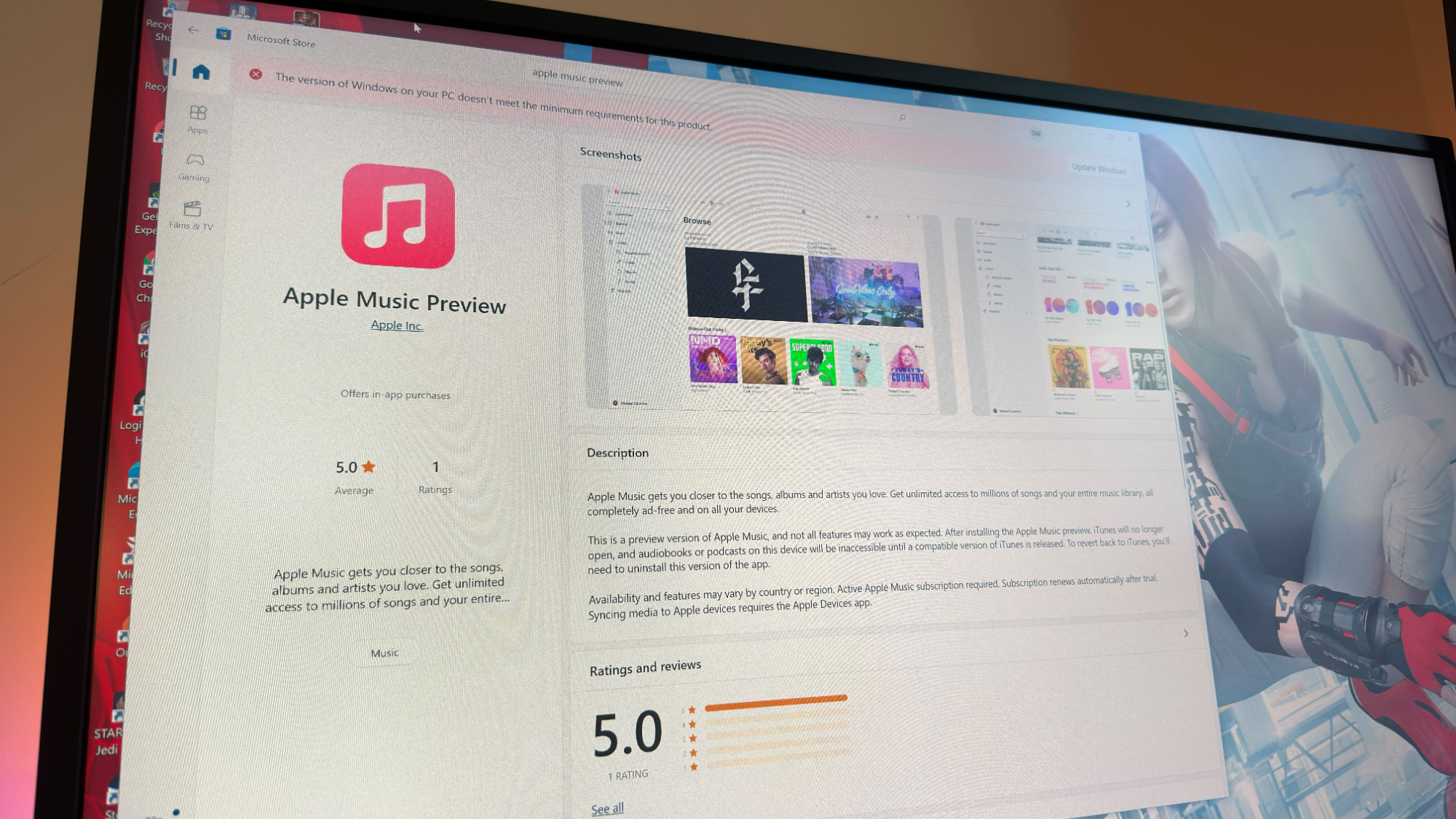 After 20 years of its wretched iTunes app, Apple is finally rolling out an alternative for Windows users in the form of Apple Music, which is now available to preview through the Microsoft Store alongside an Apple TV app and a new Devices app.

Apple Devices is a new device management app that will let you manage and use your iPhone, iPad, and iPods through Windows, installing software, downgrading, restoring, and backing up data either locally to iCloud.

This all sounds tremendous, but there’s one major catch.

That’s right, to use these apps you’ll need Windows 11. Specifically Build 22621 or higher. (And, from our experience so far at least, the apps appear limited to US users).

It is unclear why the new apps are limited to Windows’ latest operating system, especially given that the latest figures indicate that less than one in six Windows devices actually has Windows 11 installed. At just 16.97% of the installed user base, Windows 11 lags behind its older brother Windows 10 by a whopping margin, which accounts for more than 67% of all operating systems. Windows 11 is actually barely ahead of the ageing Windows 7, which is still on more than 10% of Windows devices.

As for the apps themselves, Apple says that Apple Music will let you stream its entire library of songs, watch videos, make playlists, and search for lyrics, basically it has all the functionality of the Apple Music web app.

Likewise, Apple TV is just a way to watch all of the best Apple TV Plus shows and movies in one place, as well as Apple TV channels like Paramount+. You can also buy and rent movies and TV shows like you could in iTunes. Be warned, if you download Apple TV preview, you’ll lose iTunes functionality, including for audiobooks and podcasts, even though these aren’t covered by any of the new releases.

As noted, Apple Devices will let you sync music, movies, and TV shows from a PC to iPhone, iPad, iPod, or iPod Touch, as well as perform updates, restorations, and backups.

You can see the apps for yourself live in store now. Be warned, these are preview apps so may not work as expected.