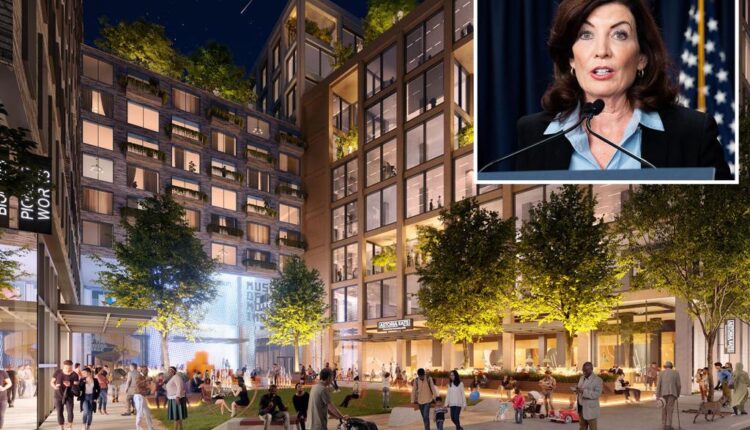 All the cheers as the $2 billion Innovation QNS proposal clears hurdles in the City Council will fade if the plan falters because state lawmakers refuse to replace the expired 421a tax-exemption, which New York’s left all-out opposes.

While the deal aims to create about 3,200 apartments, 45% of them affordable, in southern Astoria, it rests on the assumption that the state will create some realistic new form of the 421a affordable-housing tax break to incentivize developers.

Innovation QNS’ 1,400-plus affordable units, including for 500 households earning 30% of the area median income, plus 157 homeless people, would make it the gold standard for future development projects.

But the city can’t afford to foot the bill for greater affordability without a 421a-like program. It’s financially impossible for developers offer nearly half the units at below-market rents without a tax credit.

And a city already facing multibillion-dollar deficits and a looming recession can’t possibly build much new subsidized housing on its own. Heck, NYCHA will be hard-pressed to even replace its own fast-aging housing stock.

Gov. Kathy Hochul tried for a 421a replacement this year, but the Legislature balked as the hard-left went ballistic. Progressives insist, against all reason, that below-market apartments must magically appear without the folks who build them getting a fair return on their investment.

But the fact remains that the default property tax on new residential buildings makes it prohibitively expensive to put up anything but higher-end complexes: If you want low-income units built, you need to make it affordable for the builder.

A Citizens Budget Commission analysis warned in May that letting 421a expire without a successor would reduce all rental-housing construction, especially affordable-housing development, and lower city property-tax revenues.

If Hochul, Assembly Speaker Carl Heastie and Senate Majority Leader Andrea Stewart-Cousins don’t find a way to face down the loony left, Innovation QNS won’t go ahead, and neither will most other new affordable-housing plans.