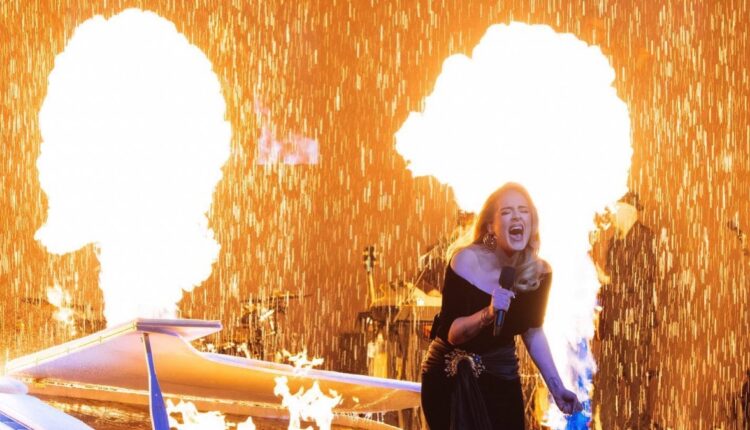 Adele‘s boyfriend Rich Paul and her son Angelo supported her on the opening night of her Las Vegas residency.

Rich, 40, and 10-year-old Angelo – whose father is Adele’s former husband Simon Konecki – were in the audience for Adele’s debut at The Colosseum at Caesars Palace on Friday (18.11.22), where she received a standing ovation from the crowd.

According to fan tweets, Adele, 34, kissed Rich and Angelo during an emotional rendition of ‘When We Were Young’, which she performed from the middle of the crowd.

Rapper Stormzy was also spotted in the audience for Adele’s set, where she sang her hits including ‘Hello’, ‘Set Fire To The Rain’, ‘Skyfall’ and ‘Hometown Glory’.

Meanwhile, Adele previously admitted she was “incredibly nervous” ahead of her opening night.

The ‘Easy on Me’ singer was supposed to begin her concert series at The Colosseum at Caesars Palace in January but postponed the shows just 24 hours before opening night due to production concerns, and was feeling “highly emotional” as she prepared to get back on stage.

She wrote on Instagram: “I’m feeling all sorts as I write this. I’m highly emotional, incredibly nervous but can’t sit still because I’m so excited.

“I feel a million miles away from home, I can’t stop thinking about when I was little and saw Tom Jones in ‘Mars Attacks’ and thought blimey how did he get from Wales to Las Vegas!?

“I always get scared before shows, and I take it as a good sign because it means I care and means I just want to do a good job.

“But it’s safe to say I’ve never been more nervous before a show in my career, but at the same time I wish today was tomorrow! I can’t wait to see you out there x.(sic)”