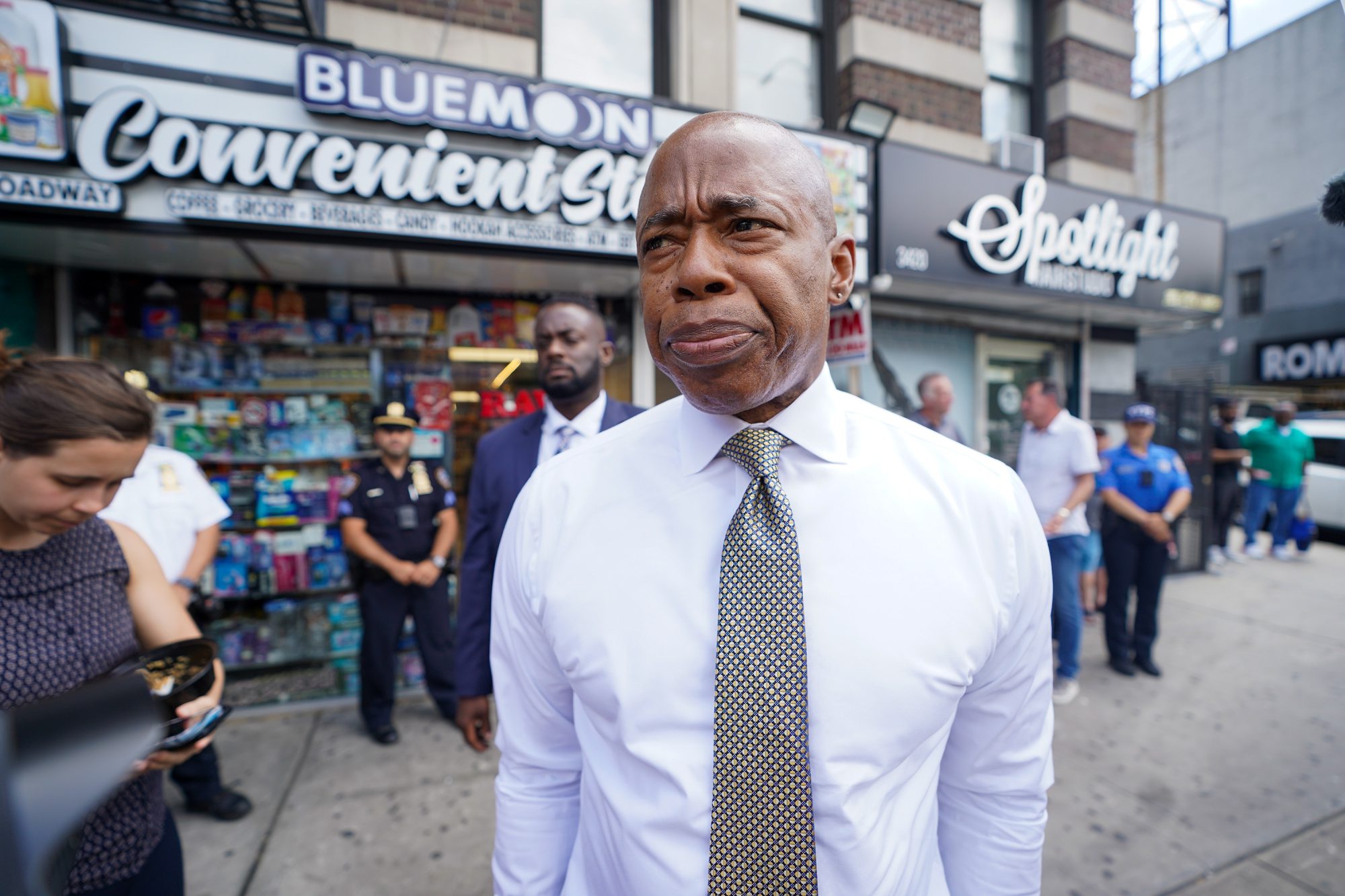 Kudos to Mayor Eric Adams for his unequivocal defense of NYPD officers involved in two shootings over the weekend.

Asked if the fatal shootings of Raul Hardy and Malik Williams were justified, the mayor replied, “Heck yes.”

Excellent: Cops need to know the mayor has their backs, and both shootings were solid. Hardy fired on officers who responded to his 911 call threatening Gov. Kathy Hochul; Williams was fleeing from a traffic stop when he turned and opened fire at the officers pursuing him.

That’s one good step toward boosting NYPD morale, but not enough. The city has seen a devastating exodus of police officers — 2,119 as of June, a 38% jump over the (already record-high) departures in the first half of 2020. Ex-Commissioner Bill Bratton rightly warns of “a crisis in terms of manpower over the next several years.”

It’s not just that the force is on course to shrink. It’s also losing many of its most experienced officers, who then can’t pass on their expertise to the new generation.

Officers can’t function effectively if they fear being thrown under the bus whenever it’s politically expedient — and that fear drives them out of the job. So good on Adams.

But it’s not enough; Bratton’s warning should resound in every New York elected’s ear.

Adams needs to keep pushing hard to get the City Council behind hiring more cops and overturning its idiotic repeal of qualified immunity, without which officers have to worry they can be bankrupted by frivolous lawsuits over their on-the-job actions.

The state’s disastrous criminal justice “reforms” also sink morale by turning policing into permanent Whack-A-Mole: The insane rules on bail and youthful offenders keep recidivists cycling through the system. Gov. Hochul needs to can crime-loving Manhattan DA Alvin Bragg and use her bully pulpit and executive pen, if necessary, to buck the reforms. (GOP gov candidate Lee Zeldin has vowed to do so if he wins in November.)

Meanwhile, more like this, Mr. Mayor — for the sake of both civilians and the officers who protect them, as Bratton’s predicted crisis looms all too largely.

Why is Hochul reneging on her promised probe into Cuomo’s nursing home scandal?