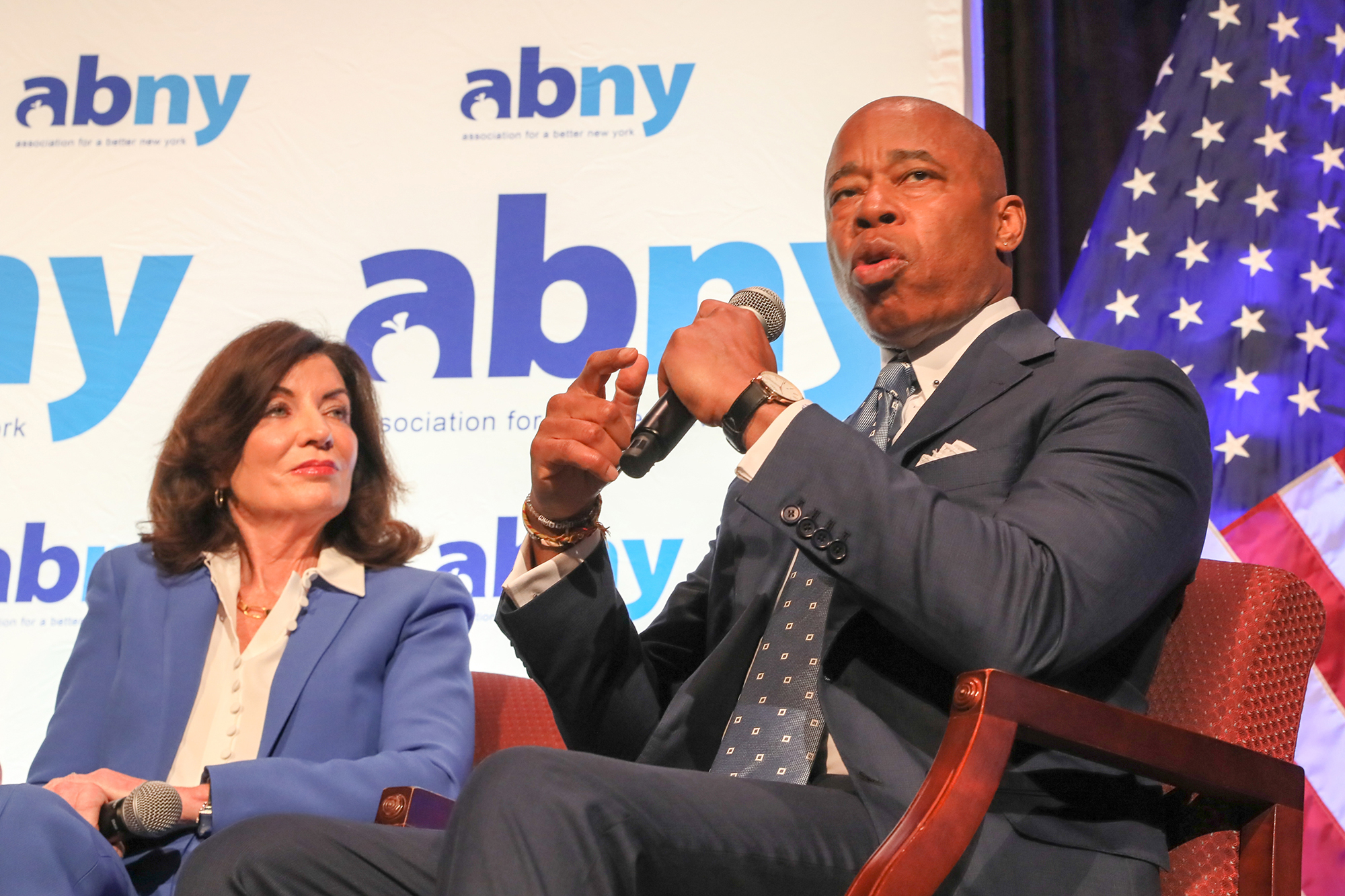 “To continually attack high-income earners where 50% of our taxes are paid by 2% of New Yorkers,” Mayor Eric Adams thundered Wednesday, “It blows my mind when I hear people say ‘leave.’ . . . No, you leave! I need my high-income earners right here in this city.”

Yes, it was a message he knew the folks in the room would love: The mayor spoke at an Association for a Better New York breakfast, and ABNY is a business “club” full of Wall Streeters and so on — one dedicated, as the name says, to improving the city (and founded during the 1970s, when Gotham’s future looked grim).

But he also knew it’d be headline news and that the folks he was calling out — the hard left — would hear him. Huzzah!

Better still, he was accompanied by Gov. Kathy Hochul in what amounted to a public declaration of political alliance going forward — a striking and incredibly welcome contrast to the last mayor and gov, whose bickering served no one (not even them).

Fact is, New York mayors and governors of the same party rarely get along, for a host of reasons. But these two are plainly united in knowing that they share the same real enemy, the far left that hates not only the rich, but also the middle class — and even the poor who refuse to toe the hyperprogressive line.

The nominal cause for the event was presenting a “New New York” plan for revitalization of the city’s ailing business districts, which host more than half Gotham’s jobs. It has plenty of good ideas, some more practical than others. (E.g.: Creating “a sustainable operating budget model for the MTA” is both vital for the whole city, and a huge lift.) But it all becomes more possible with New York’s two leaders behind it.

And it recognizes the crisis facing New York — the need, as Hochul put it, to ensure the beating heart of the city “never goes on life support.”

Hochul and Adams have very different styles, but each now has a clear mandate from the voters to get New York moving at full speed again. “This ‘New New York’ conversation is going to show how together we get all cylinders operating on the same engine to regain our economy, regain our city, and we leave no one behind,” vowed Adams.

Now cross your fingers that Adams can get Hochul completely on board his vision for restoring public safety — namely finally, fully fixing the state’s recent “criminal justice reforms” that have done so much to endanger the innocent and embolden the guilty.

That, after all, is the most important cylinder of all.

Paypal as Big Brother, not out of woods on inflation and other commentary

Avatar swims into theaters after 13 years