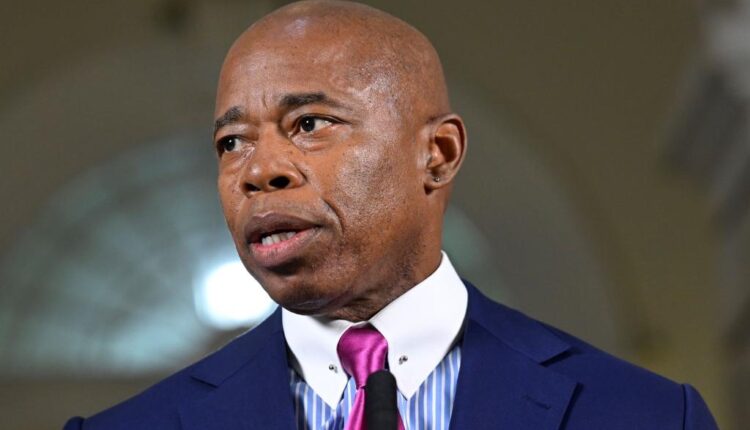 When does the influx of people at our southern border become an emergency? Apparently when it finally affects cities and states far from that border.

Mayor Eric Adams declared a state of emergency Friday due to the sharp increase in the number of migrants arriving in his city. “El Paso, the city manager, the mayor, they should stop sending buses to New York,” Adams implored.

Last week in these pages, City Councilman Joe Borelli saluted the mayor for declaring the emergency and noted that “17,400 migrants have entered New York City since this spring (more than half of whom were sent by the Democratic mayor of El Paso, Texas), and the estimated price tag has ballooned to more than $1 billion. Even in a city with the budget of Switzerland, these figures are daunting.”

They are. And they represent a tiny fraction of migrants presenting themselves at the border. According to US Customs and Border Protection, 203,597 people crossed our southwest land border in August alone. For comparison, that number was 62,707 in August 2019. Suddenly 17,400 over the course of several months doesn’t seem like New York’s fair share.

The emergency declaration is meant to unlock Federal Emergency Management Agency dollars. But that is a Band-Aid solution when the numbers are this astronomical.

Borelli referred to the state of emergency as “acknowledging reality.” That would be nice. But so far Mayor Adams doesn’t want to discuss root causes or push for political solutions to stem the migrant tide.

For too long it had been an emergency New Yorkers could ignore while pretending it was cruel to acknowledge an emergency was happening at all. Any suggestion that unchecked migration had to be somewhat controlled was met with slogans, signs and other empty gestures.

On Dec. 6, 2016, shortly after Donald Trump was elected president, the City Council passed one of its pointless resolutions “Affirming that despite president-elect Donald Trump’s senseless threats, NYC will remain a Sanctuary City for immigrant residents.” Twelve days later, thousands of New Yorkers came out for “The March for Immigrant New York” to celebrate “International Migrant Day.”

In January 2017, signs appeared throughout yuppie Brooklyn. In the windows of cafés and shops, a man with pleading eyes and a baby in his coat stared at us with the words “Refugees welcome here.”

What did it mean? That refugees could also come and buy the $7 lattes that the brownstone set were buying? Like most people who put signs in windows, the Brooklynites didn’t actually mean it. Refugees were welcome here because it was a poke in the eye to Trump, who wanted to build a wall and make Mexico pay for it, not because refugees could actually be welcomed here.

It was all theoretical. People who had no contact whatsoever with the migrant problem at the border wanted everyone to know that they cared. So much. They’re full of caring. And you, person without such a sign in your window, you care far less. That the border towns had done a lot, for years, to help incoming migrants went unmentioned.

Then Texas Gov. Greg Abbott and Florida Gov. Ron DeSantis implemented policies to deliver the migrants to the doors of the establishments with the welcome signs — and suddenly the welcome mat was yanked away.

DeSantis and Abbott didn’t move migrants to sanctuary cities to be cruel. They didn’t do it because they hate immigrants. It wasn’t to cause an emergency. The emergency was already happening.

They did it to force the conversations that Democrats would rather not have. What do we do with the people arriving en masse? Your sign in the window? Prove it.

New Yorkers have to understand that there are consequences to the policies they push. The singular man with the baby in his coat exists only in leftist imaginations. The reality is hundreds of thousands of men, every single month, crossing our border. The Biden administration has allowed our border to be wide open. New York should know what exactly that entails.

“This is unsustainable,” Adams said when announcing the emergency order. It is, for everyone involved. Now it’s time to face it.