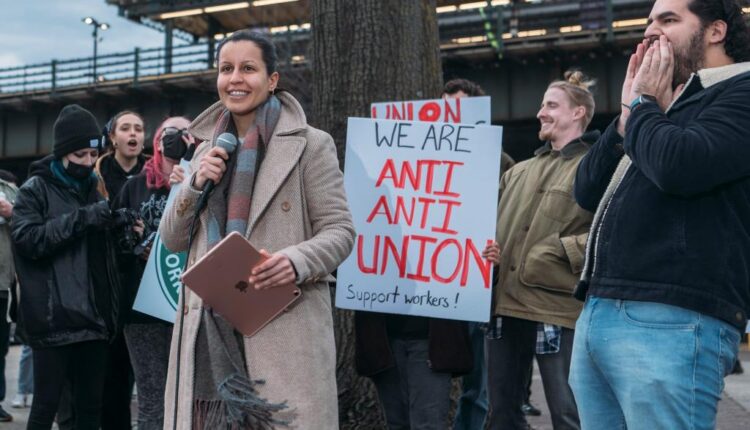 The project needs a zoning change, which the council must approve. Caban’s backing came as a shock because she’s no friend of the real estate business — to put it gently. And it was indispensable because, by council tradition, the member who represents a particular district can single-handedly squelch any proposal that needs a zoning change which he or she doesn’t like.

Caban’s move marks a much-needed breakthrough on the stymied-development front. Just about the only way developers can afford to build new homes in the five boroughs is through zoning changes to create larger buildings than previously allowed, with the requirement to include some “affordable” units in the mix.

But her support for Halletts North, where 25% of 1,400 apartments will be “deeply affordable,” bucked a formidable tide.

Left-leaning legislators are killing worthy land-use initiatives seemingly out of spite. A few months ago, Harlem Council Member Kristin Richardson Jordan shot down plans for One45 on Malcolm X Boulevard because only half of 900 units would have been affordable. She wanted them all to be.

No developer could afford such a limited return in New York, which has the nation’s highest building costs. By torpedoing the plan — which required no public subsidies or evictions — Jordan assured that the block will remain a desolate eyesore in the heart of Harlem for years to come.

Amidst such an anti-“gentrification” climate, Caban’s move couldn’t be more surprising. She’s as far-left as they come on most issues. She even wants to “defund, and ultimately disband, the NYPD and replace it with a community-led public safety infrastructure,” according to her website.

But she showed non-ideological common sense — a rare commodity these days — at Halletts North (which is also to include a public waterfront park, community space for nonprofits, retail space and a garage).

A development company called Astoria Owners bought the land nine years ago. If it can’t build Halletts North, the neighborhood would be left with a “sacrifice zone of shuttered industry and vacant lots” that “contributes nothing to the community,” Caban said.

“The lot is fenced off and looks like a dump” right now, she accurately added.

Her willingness to set aside her radical credentials — at least for the moment — might provide cover for other progress-hating council members to vote with their heads, rather than their woke check-lists, to green-light new housing construction, even if they don’t think the ratio of market rate-vs-cheaper apartments is ideal.

Meanwhile, an even larger project than Halletts North, a $2 billion, mixed-use complex planned for Astoria called Innovation QNS, is awaiting its fate. Like Halletts North, it would replace empty lots and under-utilized small buildings.

The go-or-no is largely up to Council Member Julie Won, who represents the district. She’s demanded even more affordable apartments — say, 50% — than the 25% the development team has offered.

It will be up to Won, like Caban, to take a stand on her own, because Mayor Eric Adams — who doesn’t control the council but can surely influence it — has shown no enthusiasm for site-specific zoning changes.

Adams didn’t even speak up for One45, a no-brainer if there ever was one. He instead favors a vague “Blueprint for Housing and Homelessness” that’s full of wishful thinking and short on details.

So Caban’s endorsement is more than welcome news. It suggests that even the most radical legislators can, on occasion, throw out the woke rulebook in favor of common sense — and the common good.