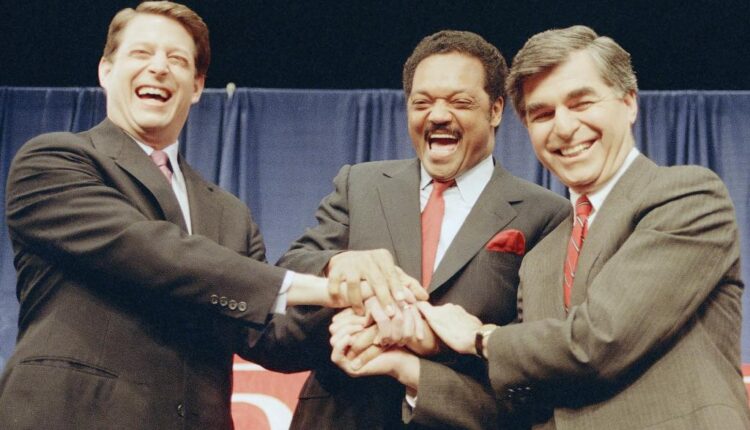 From the left: A Necessary Trade War

“We’re now engaged in a trade war with China,” notes The New York Times’ Paul Krugman, thanks to the “sweeping new controls” Team Biden just imposed “on exports of technology to China — controls meant to constrain other advanced countries as well as the United States,” aiming “to prevent or at least delay Beijing’s attempts to produce advanced semiconductors, which are of crucial military as well as economic importance.” Fact is, “global integration” sometimes “empowers” some “dangerous bad actors.” But “the West, especially the United States,” has “the ability to restrict other countries’ access to crucial goods, services, finance and information.” Indeed, sanctions over Ukraine “probably dealt a crucial blow to Vladimir Putin’s war-making ability.” And it’s notable that “China didn’t strike back” against US sanctions of Huawei. “It’s a dangerous world out there, and I can’t fault the Biden administration for its turn toward toughness.”

From the right: Who’s ‘Threatening’ Democracy?

Democrats’ warnings about “the threat” to democratic institutions would have “more credibility” if they didn’t undermine those institutions themselves when it “suits their political purposes,” rail The Wall Street Journal’s editors. President Biden has been “a leading offender,” recently calling the Supreme Court an “advocacy group” that fails to be “even-handed.” Such a slur “undermines confidence in the rule of law” and is at least “as corrosive as Donald Trump’s attacks on judges.” This is the same court that ruled against Trump on Mar-a-Lago documents and on fraud claims in the 2020 election. And who can take Dems’ fears about democracy seriously when they’ve backed Republicans “who claim Trump won in 2020” because they think they’ll “be easier to beat”?

Though “national backlash to the Supreme Court overturning Roe v. Wade and ‘candidate quality issues’ on the Republican side” gave Democrats good hope to keep control of the Senate, warns Douglas E. Schoen at The Hill, “the political tides . . . are shifting back toward Republicans, as GOP candidates in key toss-up races are gaining ground, including in Arizona, Nevada, Pennsylvania and Wisconsin.” Sometimes it’s that “abortion — the central issue national Democrats are campaigning on —” matters less to voters than “the core themes in the Republican agenda, namely inflation, the economy, or immigration.” “The decline in support for the Democratic Party among Hispanic voters” also hurts, as do GOP attacks on Dems “for being soft on crime.”

At TIPP Insights, Diana Allocco recalls how Mass. Gov. Michael Dukakis’ prison-furlough program for killers let Willie Horton assault, torture and rape while out free in ’87 — a case that sank Dukakis’ presidential hopes. Democrats (including Joe Biden) then “cynically” jumped “on the ‘lock-’em-up-and-throw-away-the-key’ bandwagon.” But they’ve recently returned to form and “implemented their favorite leftist soft-on-crime policies:” “commut[ing] sentences,” “eliminat[ing] cash bail” and “decriminaliz[ing] crime.” In other words, “a forever furlough.” Now “the nation’s 2022 top-tier fear is crime. Three quarters of Americans say violent crime is a major problem.” These “results [were] utterly predictable” as is the inevitable “voter response.”

“Education Commissioner Betty Rosa just set a new date, November 4,” huffs the Empire Center’s Peter Warren, “for releasing statewide math and English Language Arts exams taken last spring by kids in grades 3-8.” That follows Empire’s “appeal challenging her agency’s September 23 determination that it would not respond until January 31, 2023.” In years past, the state shared the full info by early September. And this stonewalling could set a precedent to “withhold virtually any public dataset subject to FOIL.” The public has a right to know “about the nature and extent of pandemic learning loss” and plans to remedy that loss using “the $9 billion in federal pandemic relief aid provided to New York schools via the American Rescue Plan.”