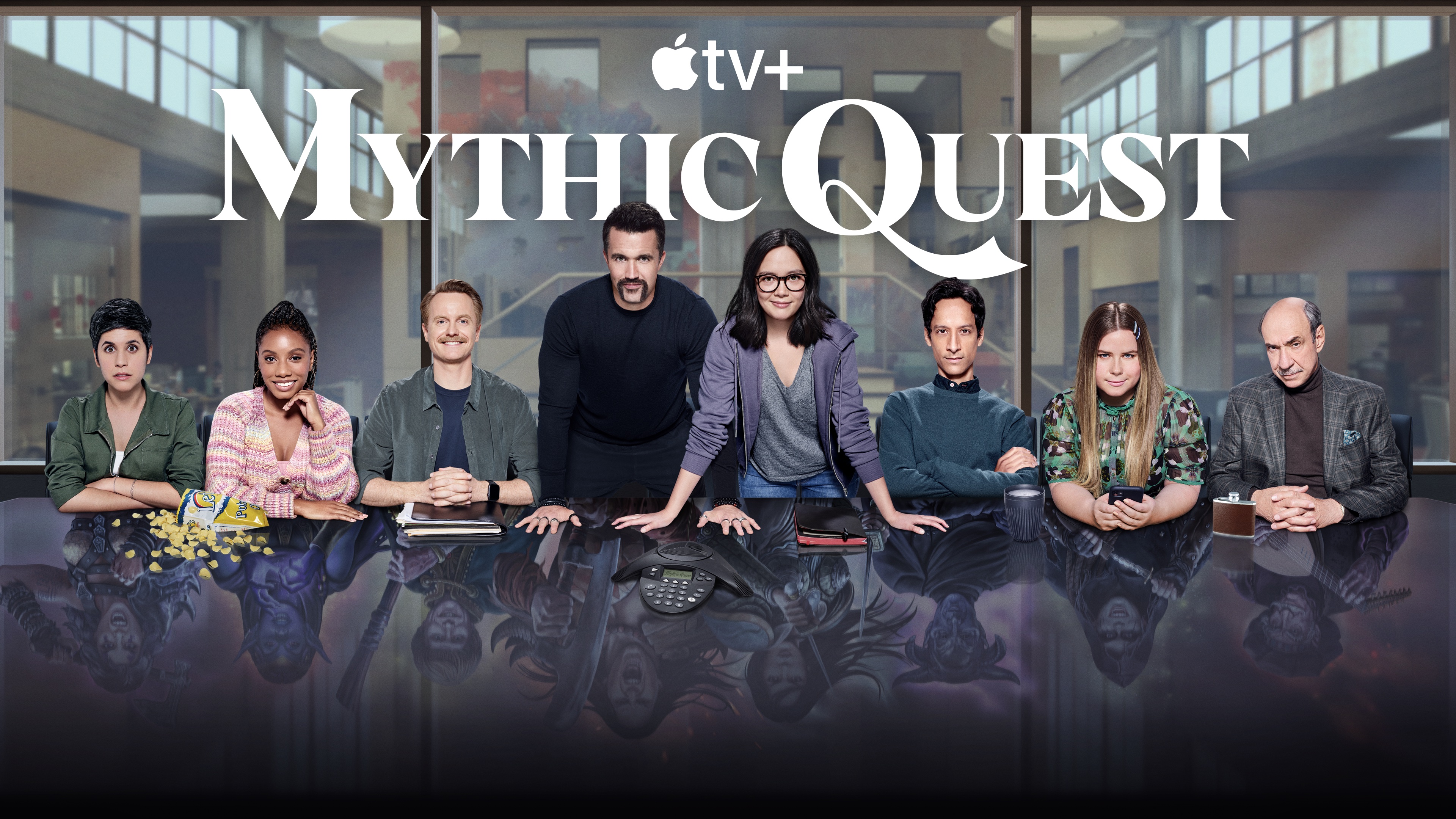 Apple TV Plus has announced that it has signed a new comedy series based on the hugely popular Mythic Quest.

With Mythic Quest now in its third season and a fourth already signed on, Apple TV Plus has announced that a new series dubbed Mere Mortals “will explore the lives of employees, players, and fans impacted by the game.”

Mere Mortals is written by Mythic Quest stars Ashly Burch, John Howell Harris, and Katie McElhenney. Rob McElhenney is among the executive producers for a show that will be produced by Lionsgate, 3 Arts Entertainment, and gaming outfit Ubisoft.

Apple TV Plus hasn’t yet shared any firm information on when the new show will debut, but it will no doubt be one that many Apple TV Plus fans will be looking forward to.

A tried and tested formula

An Apple TV Plus press release (opens in new tab) says that the new show “takes a page out of the acclaimed departure episodes of ‘Mythic Quest,’ including the upcoming episode ‘Sarian,’ set to make its global debut on Apple TV+ this Friday; last year’s ‘Everlight,’ the special episode that earned a Primetime Emmy Award nomination for Outstanding Narrator for Anthony Hopkins; season one’s ‘A Dark Quiet Death’; ‘Backstory!’ from ‘Mythic Quest’ season two; and, the widely celebrated standalone episode, ‘Mythic Quest: Quarantine.’

Notably, Apple TV Plus also hasn’t confirmed who will star in the new show, and there is absolutely no mention of the existing Mythic Quest stars making an appearance.

With the first two seasons of Mythic Quest now available to stream on Apple TV Plus and the third underway, there’s never been a better time to take the streaming service for a spin. It’s available now for $6.99 per month, while it’s also offered as part of the Apple One subscription bundle alongside Apple Music, Apple Arcade, and other Apple services.